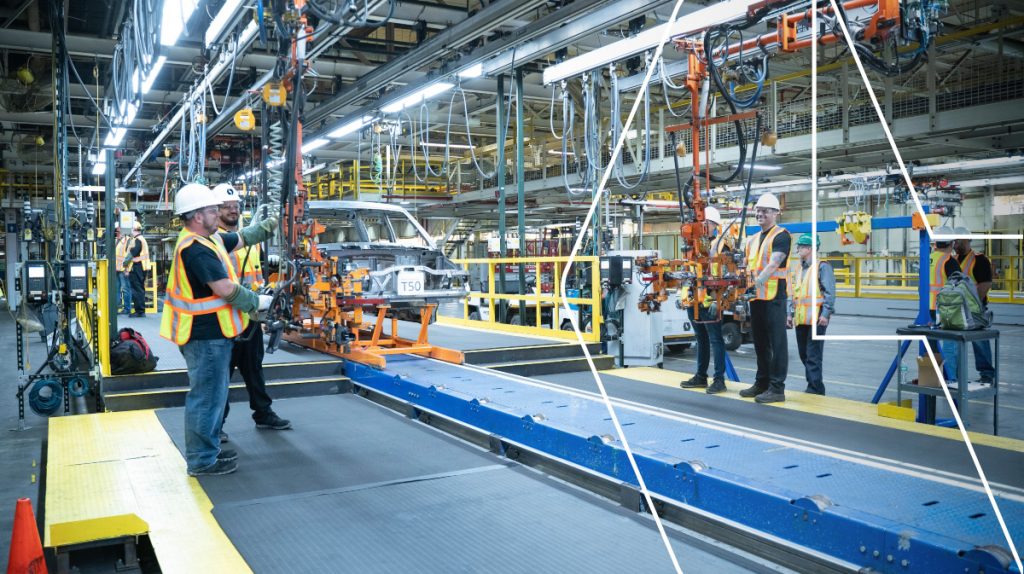 Lordstown Motors (RIDE) stock has had a turbulent ride over the last year. In the latest turn of events, the US Department of Justice (DOJ) is said to be investigating the company.

Lordstown Motors went public in 2020 through a SPAC (special purpose acquisition company) merger. It was spun out of Workhorse Motors and gets its name from the Lordstown facility that it had acquired from General Motors.

Lordstown Motors’ woes began earlier this year after short-seller Hindenburg Research targeted the company in its report. The company has been touting the 100,000 for its Endurance pickup truck. However, Hindenburg accused the company of fabricating the preorders and said “Our conversations with former employees, business partners and an extensive document review show that the company’s orders are largely fictitious and used as a prop to raise capital and confer legitimacy.”

Hindenburg also raised a doubt on the hub motor technology that Lordstown is working on. It also said that Lordstown might not be able to begin production in September and citing a former employee said that the production timeline is three to four years away.

Lordstown Motors’ first-quarter earnings release seemed to substantiate some of Hindenburg Research’s findings. During the release, it more than halved its 2021 production guidance to a mere 1,000 units and said “we have encountered some challenges, including COVID-related and industry-wide related issues, as we progress towards our start of production deadline.” The company also raised concerns over its ability to continue as a “going concern” and said that it would need to raise capital to stay afloat.

Startup electric vehicle companies have been burning a lot of cash and have had to raise capital several times over the last year. However, markets haven’t been forgiving of the share sales in 2021 unlike 2020 where every share sale was seen as a sign of “growth.”

Last month, Lordstown CEO Steve Burns and CFO Julio Rodriguez resigned with immediate effect. It said that “Lead Independent Director Angela Strand has been appointed Executive Chairwoman of the Company and will oversee the organization’s transition until a permanent CEO is identified, and Becky Roof, will serve as Interim Chief Financial Officer.

Meanwhile, Lordstown Motors dismissed most of Hindenburg Research’s findings. The company did not fully agree with the allegations that its order book is inflated. It however admitted that “One entity that provided a large number of pre-orders does not appear to have the resources to complete large purchases of trucks. Other entities provided commitments that appear too vague or infirm to be appropriately included in the total number of pre-orders disclosed.”

It also said that “The Special Committee concluded that while hub motors have not previously been used at scale in commercially-produced passenger vehicles, the hub motor technology licensed from Elaphe is viable.”

Meanwhile, after Lordstown made the changes in top management and reacted to the issues raised by Hindenburg Research, it seemed that it has put the worst behind. However, the company is now reportedly facing a DOJ enquiry which could compound the problems. The stock fell sharply on Friday on reports of the DOJ enquiry. The company is also facing an SEC enquiry.

Commenting on reports of a DOJ enquiry, the company said that “Lordstown Motors is committed to cooperating with any regulatory or governmental investigations and inquiries. We look forward to closing this chapter so that our new leadership – and entire dedicated team – can focus solely on producing the first and best full-size all-electric pickup truck, the Lordstown Endurance.”

Lordstown Motors is currently at a critical stage as it works towards producing the Endurance pick up. The model will compete with Ford’s F-150, whose ICE (internal combustion engine) model has been America’s best selling pick up for decades. Also, joining the race is the Cybertruck from Tesla which the Elon Musk run company unveiled in the fourth quarter of 2019.

While the focus for Lordstown should have been to produce and deliver the Endurance pick up, the company has been involved in one controversy after the other. Wall Street analysts have also been getting apprehensive about the stock. Last month, R.F. Lafferty downgraded the stock to hold and assigned a street low target price of $3. “With the level of uncertainty increasing in the future” of the company, a downgrade to Sell is prudent,” R.F. Lafferty analyst Jaime Perez. 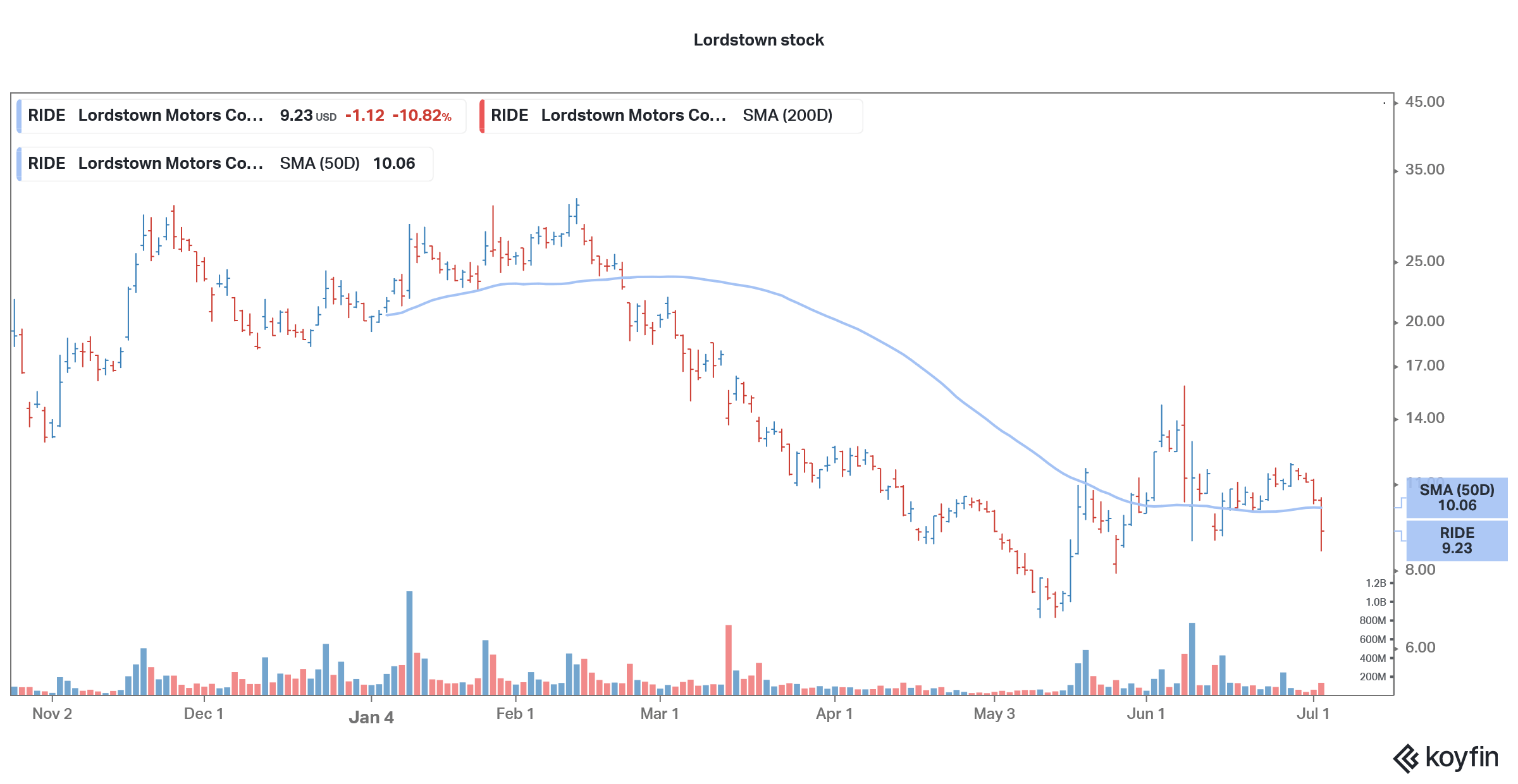 Last month only, RBC initiated coverage on Lordstown stock with an underperform rating ad $5 target price. “We see some clear positives including saving on time/cost to production given its facility acquisition which allows RIDE to be among the first BEV startups to deliver vehicles. But the fleet pickup market it is going after, while having attractive characteristics, is ultimately small and fiercely competitive,” said RBC analyst Joseph Spak. He added, “We also see risk from its hub motor tech choice. Our forecasts are significantly lower than management targets and consensus and see significant capital raises as necessary.”

Spak forecast that the company will need to raise $2.25 billion as capital between 2021 and 2025 to stay solvent. He does not expect the company to reach EBITDA breakeven until 2025. To be sure, barring Tesla all other electric car makers are struggling with profitability.

How to trade in Lordstown stock

Spak added that Lordstown “does have some unique potential avenues of financing including government ATVM loans, the asset backed market or other “strategic” investors. For now, we model some near-term debt, but in the outer years assume dilutive equity raise.”

You can trade in electric vehicle stocks like Lordstown through any of the reputed online stockbrokers. Alternatively, if you wish to trade derivatives, we also have reviewed a list of derivative brokers you can consider