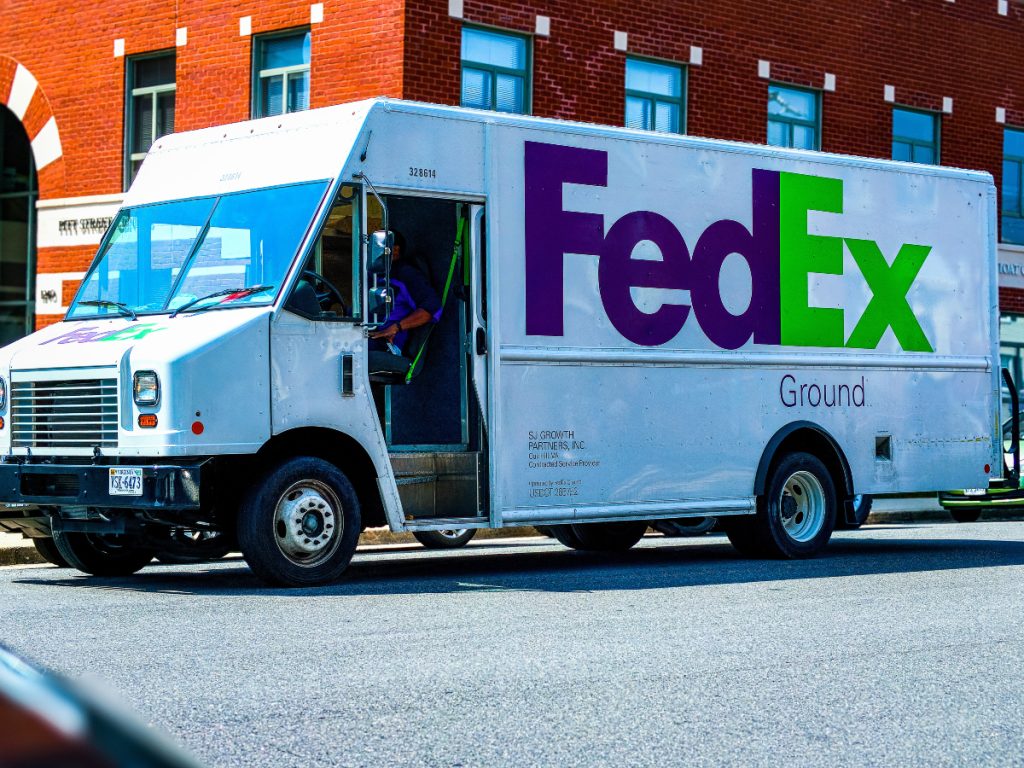 FedEx would release its fiscal second quarter 2023 results tomorrow. The stock plunged after its fiscal first-quarter earnings as it flagged recession risks. Here’s what to expect from the global logistics giant’s earnings this week.

In the fiscal first quarter, FedEx reported revenues of $23.2 billion which was below the $23.6 billion analysts expected. Its adjusted EPS of $3.44 also trailed analysts’ estimate of $4.37.

Commenting on the earnings, FedEx had then said “First quarter results were adversely impacted by global volume softness that accelerated in the final weeks of the quarter. FedEx Express results were particularly impacted by macroeconomic weakness in Asia and service challenges in Europe, leading to a revenue shortfall in this segment of approximately $500 million relative to company forecasts.”

During the earnings release, FedEx announced that it is withdrawing the full-year earnings guidance. For the fiscal second quarter, FedEx guided for revenues between $23.5-$24 billion, which was below the $24.86 billion that analysts expected. It said its adjusted EPS would be above $2.75 in the quarter while analysts predicted the metric at $5.48.

During the earnings release, FedEx announced several cost-cut initiatives. It announced a reduction in flight frequencies and said that it would temporarily park some of its aircraft. It is also lowering its labor hours and consolidating some sorting operations to drive productivity. FedEx also announced a deferral of hiring.

The company also later announced a hike in shipping rates amid spiraling inflation. Meanwhile, when FedEx reported its quarterly earnings in September, it became among the first major companies to warn of a recession.

In response to a question from Jim Cramer on whether the world is headed toward a recession, Subramanian said, “I think so. But you know, these numbers, they don’t portend very well.

He said, “We’re seeing that volume decline in every segment around the world, and so you know, we’ve just started our second quarter.” Subramaniam added, “The weekly numbers are not looking so good, so we just assume at this point that the economic conditions are not really good.”

Recession fears have since ignited. Later global shipping giant Maersk also warned of a global recession. The Fed has raised interest rates by a total of 4.25% this year and the dot plot called for another 100-basis point rate hike in 2023.

Fed chair Jerome Powell is still hopeful that the US economy can avert a recession and the US central bank can steer the world’s largest economy towards a soft landing. 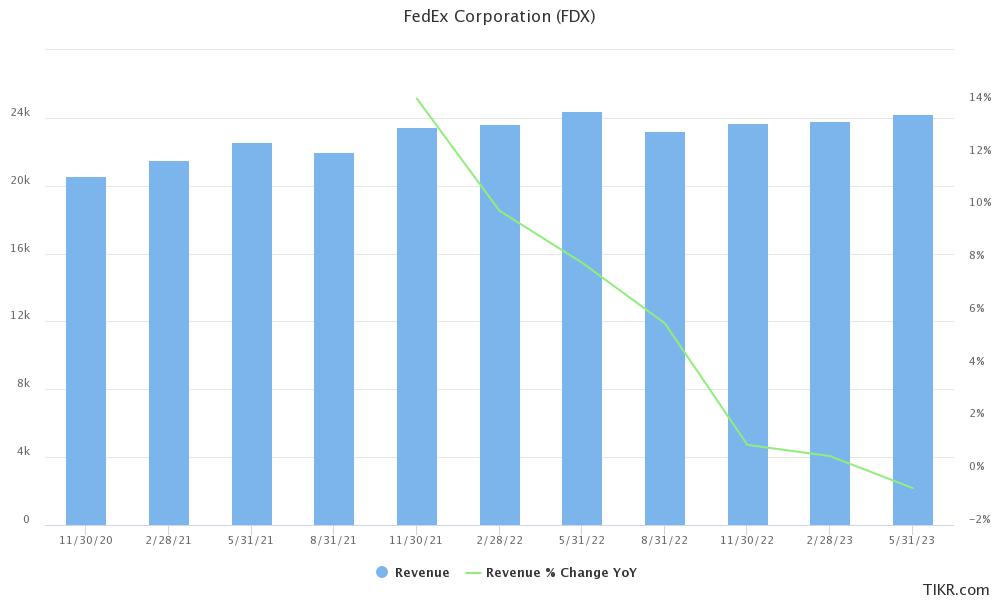 FedEx’s earnings would help the market gauge the outlook for several sectors of the US economy. Importantly, it would provide insights into the holiday shipping season. Retail companies have been sanguine about consumer demand this holiday season.

During Amazon’s Q3 2022 earnings call, CFO Brian Olsavsky said “As the third quarter progressed, we saw moderating sales growth across many of our businesses, as well as increased foreign-currency headwinds … and we expect these impacts to persist throughout the fourth quarter.”

Amazon was also circumspect about holiday spending. Olsavsky said, “we’re realistic that there’s various factors weighing on people’s wallets, and we’re not quite sure how strong holiday spending will be versus last year. And we’re ready for a variety of outcomes.”

Analysts expect FedEx to report revenues of $23.7 billion, a YoY rise of 1%. In the next quarter, analysts expect the company’s sales growth to fall further to a mere 0.6%. Consensus estimates call for an adjusted EPS of $2.83 in the fiscal second quarter, a YoY fall of 41.4%.

After FedEx’s fiscal first-quarter earnings, several analysts downgraded the stock and lowered their target prices. Morgan Stanley lowered its target price on FedEx by 50% to $125.

In a client note it said, “With the dust settling from FDX’s big profit warning, we believe expectations and the stock have been reset. However, the next leg from here will need to prove that $11-12 is not the normalized EPS though bears may see a path below $9 … the stock today is at the same level it was in January 2020 prior to the pandemic and our PT returns to nearly the same level that it was back then as well.”

JPMorgan also downgraded FedEx from overweight to equal weight. Meanwhile, while US stock markets are approaching their 2022 lows and several tech stocks are sagging near their 52-week lows, FedEx is comfortably over the 52-week lows.

Markets next look forward to the company’s fiscal second-quarter earnings which might impact the price action of not only FedEx stock, but also e-commerce companies like Amazon.