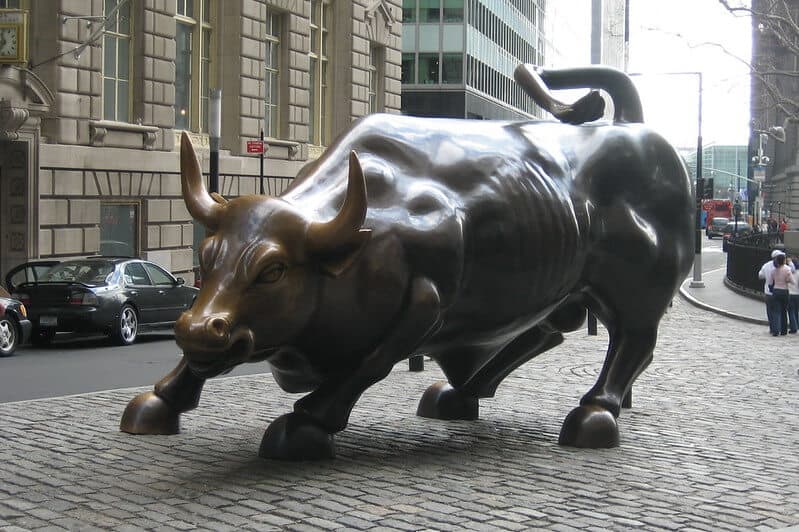 As we enter the third quarter of the year, the financial markets struggle to find direction as events leave investors with many questions and few answers.

Market sentiment seems to be a mix of cautiousness and hope, as the price of safe-haven assets such as gold climbs higher while riskier assets go up as well, making it difficult for traders and investors to read the market.

These next few weeks appear to be crucial in terms of providing some kind of guidance as to what could be expected, as a significant number of companies in the US and overseas will be releasing their quarterly results for the three months that covered the peak of the pandemic – at least in the developed world.

Analysts will keep a close eye on the performance of various sectors during these catastrophic months, not because they are expecting that the numbers may be better than they anticipated, but because they may be worse.

One of the major forces behind the rising uncertainty seen in today’s markets is the growing number of coronavirus cases seen in America, with infections reaching daily all-time highs and deaths starting to shot above the country’s short-term moving averages.

This situation is raising significant concerns and its ultimate impact could spill over the global markets, especially if the virus reaches a point in which it is considered out of control, triggering fears of another wave of lockdowns in the country that could further decelerate the world’s largest economy.

Meanwhile, significant uncertainty surrounds the current earnings season, as companies are set to unveil some of their worst quarterly results in history, with the hospitality and travel industries being among the hardest hit, while tech stocks have to live up to sky-high forecasts and overly optimistic expectations.

Financial companies were first in line to shed some light on the health of the US economy and the results were far from pretty, as even though some of the country’s largest banks like JP Morgan managed to reap eye-popping profits from increased trading revenues, others like Wells Fargo – which relies heavily on retail and consumer banking – took a large hit as a result of multi-billion loan loss provisions in anticipation to a spike in loan default rates. 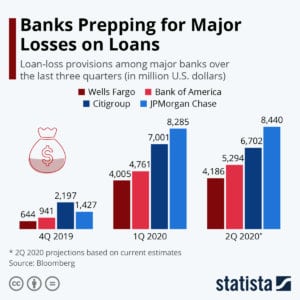 For now, some major forces have balanced out these bearish drivers, with the US Federal Reserve being perhaps the most influencing element behind the current “stability” of the markets, after injecting trillions in liquidity to contain the financial fallout caused by the virus.

Central banks around the world have followed the Fed’s call and have responded by injecting massive amounts to their financial systems as well, as a way to prevent a market meltdown of the likes of the subprime crisis, even though analysts have warned of the consequences derived from artificially boosting asset prices with printed money.

Also, hopes of a vaccine coming in by the end of the year to put an end to the virus threat are also providing support to asset prices at the moment, with organizations including Moderna, Pfizer, and Oxford racing through to deliver.

What to expect in the weeks ahead?

For now, it would be plausible to expect some degree of stability while these positive and negative forces play out.

However, investors will be well aware that negative news on a vaccine, hints that a new wave of lockdowns may be on its way, or even overly pessimistic guidance from top executives during this earnings season may be the tipping point for a sizable correction, possibly not as bad as the one seen on February, but definitely worst than the small pullbacks seen in prior weeks.

Equities may continue to trade steadily for now, but safe havens are also still in high demand as well, which means that market sentiment is mixed and uncertainty remains. In short, caution might be the name of the game.