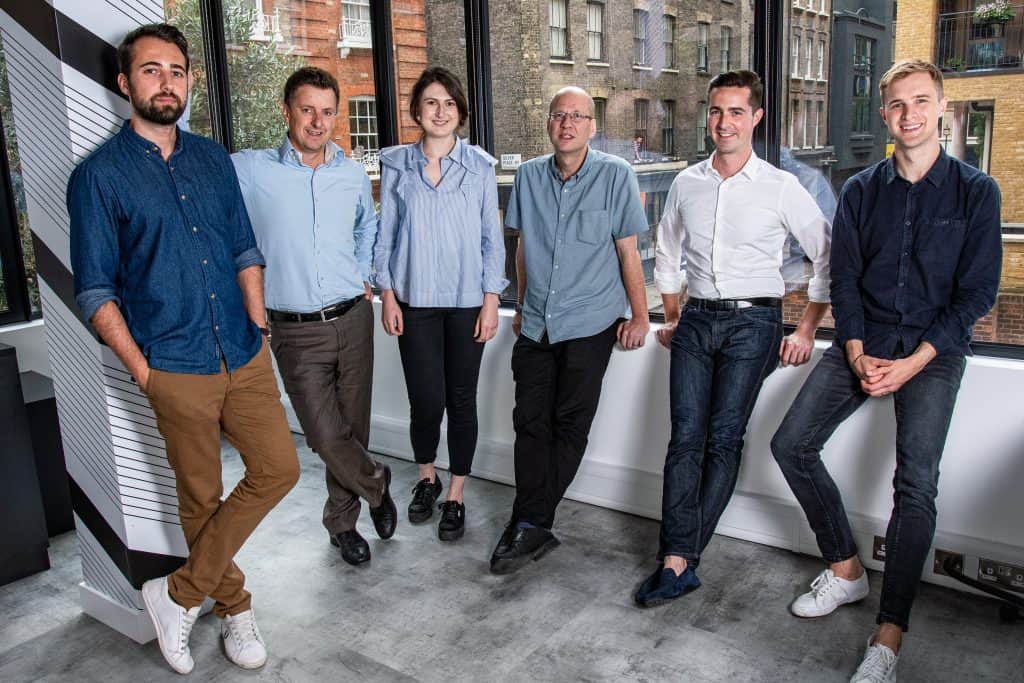 Digital lending start-up Koyo has raised $4.9m for its plans to sell loans to new migrants and people with thin credit histories.

The London-based firm said up to eight million people in the UK “lack enough credible credit data to be considered for traditional borrowing options”. This leaves these customers facing high borrowing costs from traditional institutions, or pushes them towards payday lenders with even higher fees.

Koyo, founded by former investment manager Thomas Olszewski (pictured, second from the right), is run by a seasoned fintech team.

Its chief technology officer is Guy Evans, who previously had the same role at LendInvest. The firm’s head of credit risk is Kevin Allen, held the same post at peer-to-peer lender Ratesetter, while head of marketing Peter Kent was global head of digital marketing strategy at South African bank Investec.

Koyo plans to begin trading later this year and says that the open banking process customers will have to fill out as part of their applications, will allow it to “offer competitively priced credit, without the use of guarantors or hidden fees”.

A change in European Union law at the start of the year has brought in open banking, which means consumers can allow businesses, other than their bank, to access their financial data.

Advocates say this potentially allows customers to get better deals, such as cheaper overdrafts, as well as speeding up switching between banks and other financial institutions.

Olszewski, who is also the start-up’s chief executive, suffered difficulties getting securing credit first hand when he moved from the US the Britain three years ago.

He said: “When I moved to the UK from the US my credit history did not come with me. This made getting a credit card or loan difficult, if not impossible. I realised this is a problem that affected millions of people who are new to the country, but also people who have not built a credit history in the UK more generally.”

Olszewski added: “While Koyo is based in London, we have global ambitions. Our aim is to expand our product offering in the UK and explore other markets where thin file customers are underserved”.

Note : Visit these pages to find out more about payday loans and no credit check money lenders.