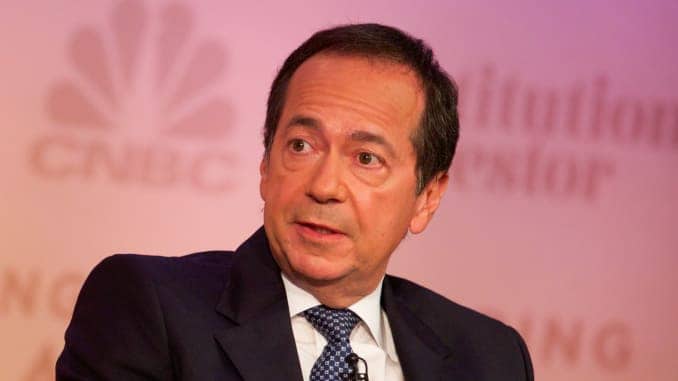 Paulson & Co, the hedge fund run by billionaire investor John Paulson (pictured), has upped its stake in jewelry maker Tiffany & Co (TIF), which is in the middle of a sale to luxury goods giant LVMH.

The New York-based investment fund disclosed a 350% increase in its stock position in Tiffany, owning 603,800 shares by the end of the first quarter of 2020, valued at around $77m on current prices, according to a recent regulatory filing.

Paulson’s decision to stockpile shares of the US jewelry retailer comes at a time when Tiffany’s is moving forward with an acquisition by luxury brand holding LVMH, headed by French billionaire Bernard Arnault, at a price of $135 per share, valuing the business at $16.2bn.

Tiffany’s board of directors has already approved the acquisition, but the completion of the deal has been pushed back to October 2020, after Australia’s foreign investment regulator asked for a postponement.

According to this recent filing and the price offered by LVMH, Paulson’s transaction would net a potential $2m for his hedge fund, even though it is unclear if the billionaire plans to hold on to the stock for a longer period.

Tiffany shares recouped from their 23 March bottom that followed the coronavirus sell-off and have been trading relatively in line with their early-2020 prices as the completion of LVMH’s acquisition seems like a done deal. 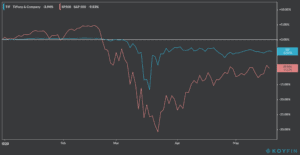 Paulson’s stake at Tiffany seems to follow the billionaire’s event-driven philosophy, which seeks to profit from mergers, bankruptcies, restructuring and other corporate events that may boost the value of the hedge fund’s holdings once things are settled.

After a successful career in investment banking, John Paulson founded Paulson & Co. in 1994 to put his experience at mergers and acquisitions to work.

In 2005, the fund took a short position on credit default swaps, anticipating the collapse of the subprime mortgage market. After the crisis unfolded, Paulson jumped to Wall Street’s hall of fame by racking up around $15bn in profits in 2007. His investment fund manages around $8.7bn for his investors according to recent estimates.