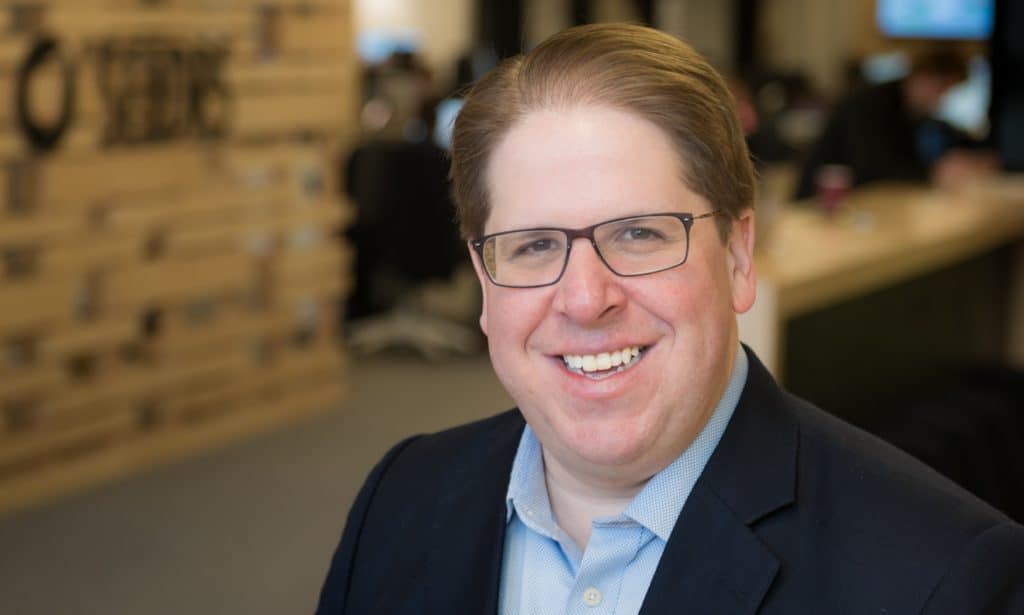 Jeff Lynn might have been the first person in the world to launch a crowdfunding firm, but eight years on he is busy making other plans.

The 41-year-old American who co-founded Seedrs says the firm has the potential to grow into “a multibillion-pound business”, and he is in a hurry.

Lynn (pictured) tells LearnBonds: “This is a marketplace for private companies, and we have always wanted to grow beyond crowdfunding. Because there is a limit to how far you take this form of finance, there are only so many firms this method is appropriate for.

Crowdfunding has a warm, fuzzy image, and it is no bad thing to have an emotive connection to a firm, but at the end of the day, it is an investment. We believe we can build a multibillion-pound business here. That is our ambition.”

Seedrs, a platform that allows small investors to back startups, still reports strong growth almost a decade after it was founded.

The London-based platform said last month the amount invested in pitches on its platform grew 49 per cent to £283m in 2019. It added it completed 250 deals during the year, up from 186 in 2018, with 51 transactions valued at over £1m. One backer made 157 investments last year.

The platform delivered 7,858 investor exits on the secondary market it created almost three years ago with investors from 35 countries who waged an average of £3,200.

The business makes the bulk of its cash from the 6 per cent commission and fees it charges firms to list, and the 7.5 per cent charge to investors who make profitable exits. It competes against UK rivals such as Crowdcube and Syndicate Room.

Seedrs was valued at £50m at its last major fundraising three years ago, after a total of 15 cash calls raising around £30m, according to research group Crunchbase. Backing has come from crowdfunding on its own platform as well as venture capital cash from Augmentum as well as £10m from disgraced star stockpicker Neil Woodford.

However, Lynn thinks those figures are about to turn around. The firm forecasts it will break even in the final quarter of this year, and turn a full-year profit in 2021 on its core business.

Lynn has spent the best part of two years talking to over 300 private fund, managers, brokers and family offices around the world to bring institutional backing to his marketplace. Attracting a portion of the hundreds of billions of dollars these groups would transform the scale Seedrs operates at.

Lynn moved up to chairman in 2017 to lead these high-level talks, and brought in fellow American Jeff Kelisky to replace him as chief executive.

“We have been talking to these institutions to find out what they want from us,” says Lynn. “We have provided them access to deals with individual firms, essentially carrying out a corporate finance function.”

The crowdfunder has arranged financing between young firms that have come to it and these private funds, without them launching on its marketplace.

Lynn sees an opportunity to arrange portfolios of startups these money managers can invest in. But he believes this gamechanger is around three to five years away.

Following the UK leaving the European Union (EU) last month Lynn expects to make investments in the business this year as it prepares for a separate listing to operate inside the bloc, which will involve an additional office.

He is due to fly to Ireland in early February, as Dublin is “high” on the firm’s list of locations to act as its key European office following Brexit.

The firm employs 95 staff, spread across offices in Berlin, Amsterdam, Lisbon and its headquarters in Old Street, the heart of London’s tech cluster. This is where Lynn is sitting, one floor up from London traffic, in an airy meeting room in jeans, a blue-checked shirt and tweed jacket.

He launched Seedrs in 2012, the first regulated crowdfunder, with Carlos Silva, who is Portuguese. The men met four years earlier on an MBA course at Oxford Said Business School. Silva left the day-to-day running of the business some years ago, but is a non-executive director and retains a stake in the business.

Lynn said the firm plans a “significant” Series B fundraising later this year to fund new spending. The platform raised $14m in a two-part Series A fundraising completed in September 2017, according to Crunchbase.

The impending European move is the culmination of years of work Lynn has got through with EU authorities on continent-wide joint crowdfunding rules, set to be voted on by the body’s parliament next month.

Lynn says the European Crowdfunding Service Providers legislation is a “very good piece of work”. The entrepreneur, who was raised in Connecticut but has lived in the UK since 2005, adds: “This harmonises rules across Europe. They have stuck close to what we have done here in the UK.”

The legislation is expected to be nodded through by lawmakers in March and implemented 12 months later.

The peer-to-peer industry, which loans firms cash from investors, is in a very different place compared to crowdfunding, where investors buy equity stakes in firms, becoming owners.

Crowdfunders have spent years in talks with EU regulators about how to uniformly extend the funding method across the bloc.

By contrast, peer-to-peer firms have been hit with tougher rules by UK regulator, the Financial Conduct Authority (FCA), that came into force last month following the scandal of collapse across a series of lenders.

The FCA imposed restrictions on marketing, insisted on tighter wind-down measures for these firms, adding that average investors should not invest more than 10 per cent of their net investible assets in these lenders in a year.

The peer-to-peer industry in the UK is led by FTSE 250-listed Funding Circle, Zopa and Ratesetter, who have not been tainted by these scandals.

The regulator was forced to act after the collapse of three lenders – Lendy, FundingSecure and Collateral – owing millions to small investors in just over a year.

But Lynn said because both types of business raise money from investors on platforms to fund small firms, there was inevitably “some overspill as some people misunderstood how equity works.”

However, what has kept crowdfunding out of the crosshairs of regulators is its lack of scandal, as well as its link to social and artistic causes.

Crowdcube and Kickstarter in the US have successfully funded everything from the tours of young bands, pop-up restaurants, computer games, to animated films.

The crowdfunder was caught up in the fall of star stockpicker Neil Woodford’s empire last year, because he held around a 20 per cent stake in the firm in his Patient Capital fund.

Woodford’s funds were valued at over at £10bn at their peak in 2017 collapsed to less than £3bn last June as several of his picks plummeted in value, such as the door-to-door lender Provident Financial, Kier construction and the outsourcing company Capita.

The asset manager suspended his funds as investors demanded their money back, however, Woodford was sacked in October and his Patient Capital fund was taken over by rival Schroders.

“That was a tricky period for us last summer,” says Lynn. “He held a large stake in us, and we had big questions about what would happen to our capital. If there was a firesale of his fund, with our stake involved, it would have been very difficult for us to raise new money this year.”

Lynn adds: “Of all the risks I have thought about while running this business, selling stock to Neil Woodford was never one I would thought would cause us problems.”

But now Woodford is behind Lynn, ahead of him is Europe, the wooing of institutional investors and the chance to turn millions into billions.

Average working day: Lynn gets into the firm’s East London headquarters between 8am and 9am. His day is split between working on long-term projects such as European Expansion and working with large-scale investors. He also sits in on some internal operational meetings, as well as holding discussions with the group’s shareholders. He mostly works from the office firm’s office in the capital, but sometimes holds meetings at his private member’s club in the West End. Lynn leaves work at 5.30pm to spend time with his young daughter. But after she goes to bed, he works in the evening.

First job: A summer job as a 19-year-old bartender at a golf club just outside Philadelphia while at college.

Car: A 2007 Volkswagen Golf. “My wife does all the driving in the family,” says Lynn. “I still have a US driver’s licence even though I have lived in the UK for almost 15 years. Although, I will finally take my British driving test at the end of this month. The only problem is, I have picked up 25 years of bad habits.”

Gadget: Lynn says: “I look at my phone a lot, but on the whole I am trying to get away from much of this stuff. I like to read, a book is a pretty good gadget.”

Favourite Book: Alone in Berlin by Hans Fallada. This Side of Paradise by F. Scott Fitzgerald.

Company, other than your own, you wish you had started: “I admire what a lot of fintechs have done in the business-to-consumer area. [Travel money firm] Transerwise has an elegant business model that looks simple, but is difficult to pull off. I’m also a fan of [peer-to-peer lender] Funding Circle and [investment platform] Nutmeg.”

Perfect day off: Lynn would take the day off following meetings at his Berlin office. He says: “If I wanted to treat myself, I would stay at the Adlon [Kempinski] and have breakfast there. I would wander through the Tiergarten, which are nearby in the morning. I would stop for lunch in the Hackershe Markt [an area in the centre of the city], and find a restaurant there. I would take in a museum in the afternoon. Then meet friends for dinner and beers in the evening.”