Hydrogen-powered energy sources are staging a comeback after failing to live up to expectations ten years ago, with analysts pointing to significant strides from government-backed projects.

Hydrogen’s main advantage is the fact that it is the most abundant element on earth, which gives it an edge compared to non-renewable sources of energy like oil. It is also a significantly cleaner source.

Studies show that clean hydrogen could be the energy source the world needs to tap on to achieve its carbon emission reduction goals for 2050, with statistics compiled by Reuters showing that 33 gigatonnes of carbon dioxide could be eliminated as a result of using this source.

Analysis cited in the European Union’s new hydrogen strategy reckons the element could meet 24% of world energy demand by 2050. Barclays analysts think the market could grow from 70 million tonnes a year to as much as 800 million tonnes by the same date. That could drive annual revenues of over $1trn and cut up to 15% off annual carbon emissions.

Earlier this month, Saudi Arabia signed a $5bn deal with US firm Air Products to create an electrolyser producing 650 tons per day of green hydrogen, which has got investors excited. 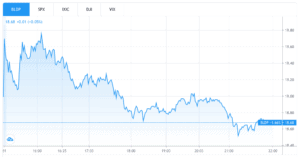 Investors have already flocked to hydrogen producers, resulting in a boost of their share prices and a significant jump in their valuation metrics, which have pushed these companies towards the high-end of their price targets, even though analysts still see enough room for upside as more investors jump in to reap profits from this growing trend.

Canada’s Ballard Power Systems (NASDAQ: BLDP) has seen its stock more than double since the year started, moving from $8 per share to $18.70 per share in only seven months. This firm is one of many that makes electrolysers that supply raw hydrogen.

Britain’s ITM Power (LSE: ITM) shares have nearly quadrupled this year, currently trading at 282.50, up from the 81p on 1 January. This firm develops fuel cells which generate electricity from the gas.

The stakes are high, as those valuations could prove to be too high to deliver sizable returns in the future if these overly optimistic forecasts are not materialized. However, this week’s fiscal stimulus package passed by the European Commission is already providing signals that this shift could come sooner than expected, as countries have agreed to include a green-focus on the aid.