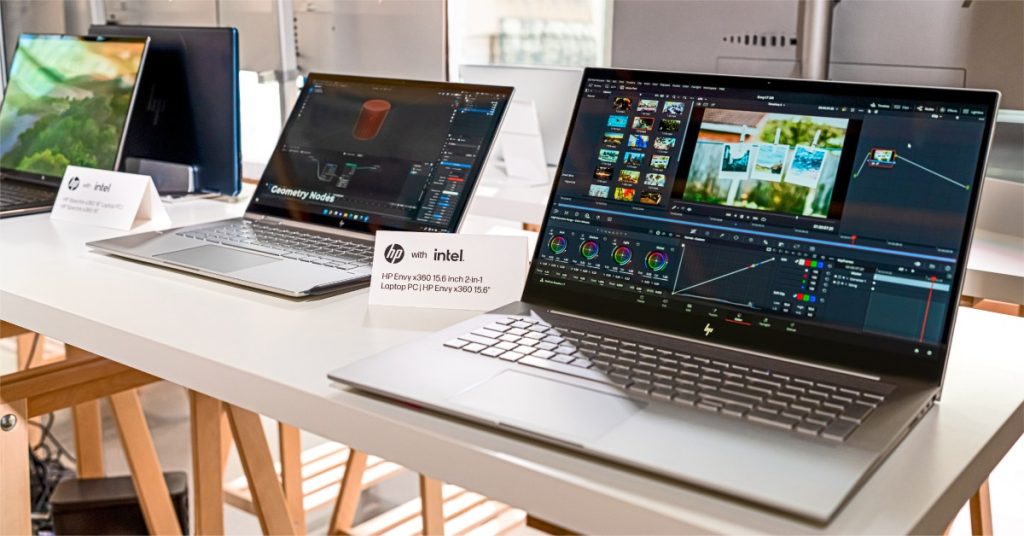 HP released its earnings for the fiscal fourth quarter of 2022 yesterday after the markets closed. The company’s earnings were better than expected and it also announced a cost-cut program including laying off up to 10% of its workforce.

HP reported revenues of $14.8 billion in the fiscal fourth quarter than ended in October. Sales fell 11.2% YoY but were slightly ahead of the $14.65 billion that analysts were expecting. In the full fiscal year, the company’s sales fell 0.8% to $63 billion.

HP reported a fall in its Q4 revenues

Looking at the fiscal fourth quarter performance, the Printing business reported revenues of $4.5 billion which was 7% lower as compared to the corresponding quarter last year. The total unit sales fell by 3%. While consumer unit sales fell 4% in the quarter, commercial units rose 5%

HP’s Personal Systems business reported revenues of $10.3 billion, which was 13% lower YoY. While net consumer revenues fell 25%, commercial revenues tumbled 6%. The fall was largely led by lower unit sales which fell 21% in the quarter. Research firm Gartner estimates that global PC shipments fell 20% in the third quarter of 2022. The fall in HP’s unit sales is commensurate with the broader slump in the PC industry.

Mac sales have been strong despite the PC industry slump

The slump in PC sales has also taken a toll on chipmakers. In the most recent quarter, Nvidia said that its Gaming revenues fell by over 50%. Chipmaker stocks have underperformed this year amid the PC industry slowdown.

While some analysts are bearish on PC and chip stocks, Berkshire Hathaway which is led by the legendary Warren Buffett bought 60.1 million shares of Taiwan Semiconductor Manufacturing (NYSE: TSM), valued at around $4.1 billion in the third quarter of 2022. Berkshire now owns 1.2% of TSM and it is the tenth largest holding for the company. Earlier this year, Buffett also bought HP shares.

While the Oracle of Omaha has largely stayed away from tech companies, Berkshire holds stakes in HP, TSM, and Activision-Blizzard. Apple is the largest holding for the conglomerate but Buffett sees it as a consumer company rather than a tech player. 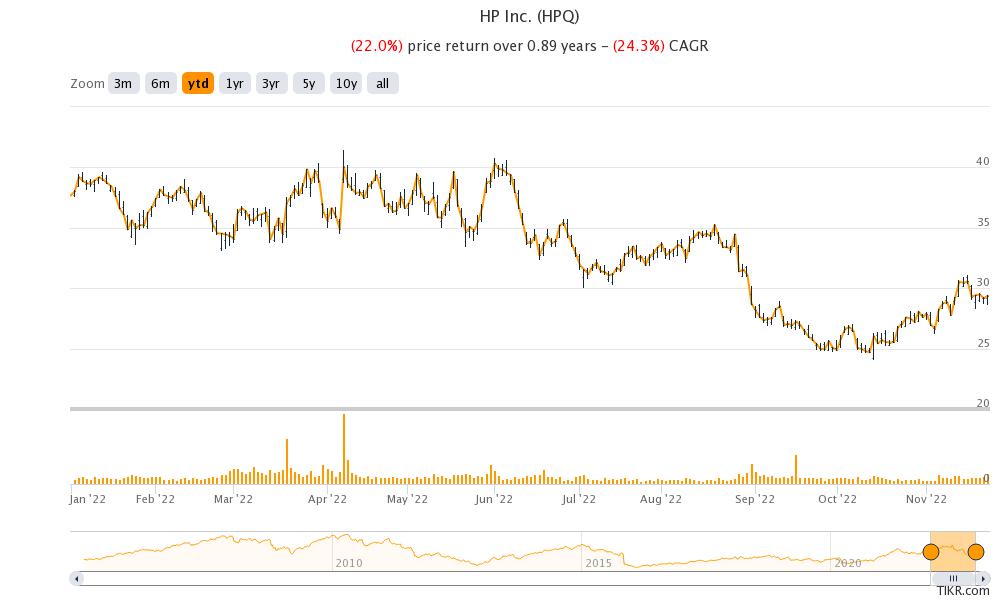 In the fiscal fourth quarter, HP reported adjusted EPS of 85 cents which was slightly ahead of estimates. In the full fiscal year, its adjusted EPS of $4.08 was within its guidance. However, the GAAP EPS came in at $3.05 which was below the $3.46-$3.56 that the company had guided for.

Commenting on the earnings, HP CEO Enrique Lores said, “We had a solid end to our fiscal year despite navigating a volatile macro-environment and softening demand in the second half. In Q4 we delivered on our non-GAAP EPS target, while also completing our three-year value creation plan and exceeding our key metrics.”

HP also announced that over the next three years, it would shed upto 10% of its workforce which currently stands at 61,000. It is also looking to lower its real estate footprint and is targeting annualized run rate savings of $1.4 billion by the end of the fiscal year 2025.

There has been a flurry of tech layoffs over the last few months. Amazon, Meta Platforms, Snap, and Twitter have announced mass layoffs. TCI Fund Management, which owns around $6 billion worth of Alphabet shares, has called upon the company to reduce its workforce and cut its cost base.

The board announced a $0.2625 per share dividend which would be payable on 4 January. The dividend is 5% higher than the previous dividend and implies a forward dividend yield of just under 3.6%.

HP stock is trading higher in US premarkets today. The stock is however down 22% for the year and is underperforming the S&P 500 on a YTD basis.