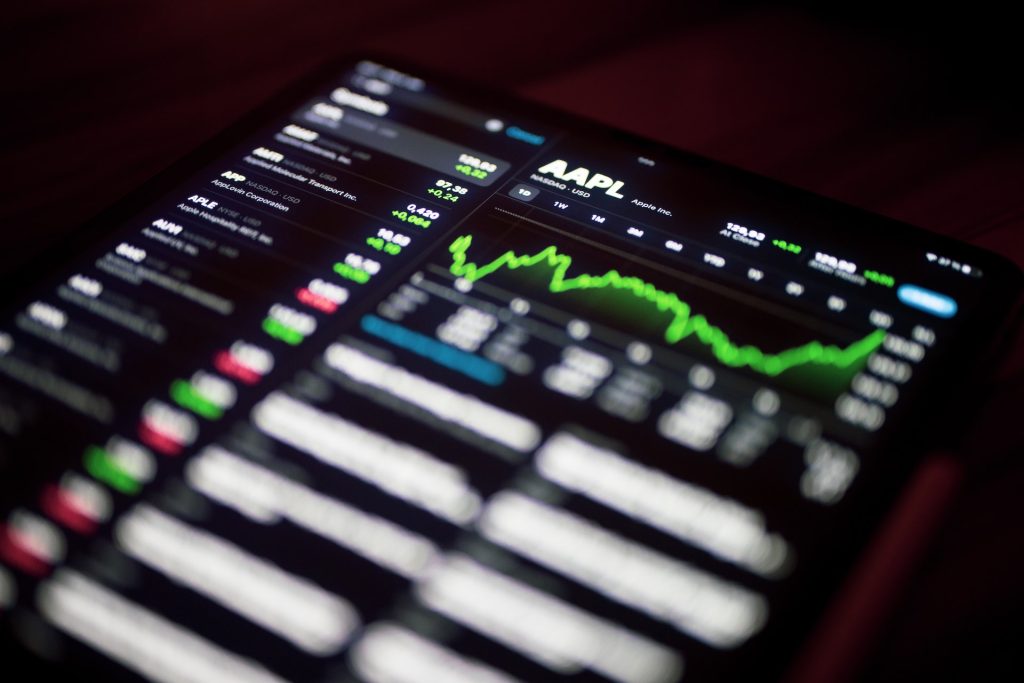 Apple (NYSE: AAPL) would release its earnings for the fiscal first quarter of 2023 early next month. Here’s how Wall Street sees the stock ahead of the earnings release.

2022 was a tough year for Apple and its FAANG peers. AAPL stock slumped 28% but in a solace for investors, it was the best-performing FAANG of the year. Incidentally, it was the only FAANG constituent that outperformed the Nasdaq last year.

Meanwhile, not much went well for tech stocks including Apple last year. All the FAANG stocks underperformed the S&P 500 last year and Meta Platforms, Netflix, and Amazon were among the worst index losers.

Apple also could never reclaim its $3 trillion market cap. If anything, it briefly lost the title as the world’s largest company to Saudi Aramco. The crash in AAPL stock continued in 2023 and its market cap fell below $2 trillion on the first trading day of the year. In one year, the company lost $1 trillion in market cap.

The iPhone maker joined Amazon in the list of companies which lost over $1 trillion in market cap from the peak. As for Amazon, its woes began in 2021 only when it was barely in the green while the S&P 500 jumped 27%. Last year, Amazon stock lost almost 50%. Despite the slight rebound, Amazon’s market cap is still below $1 trillion.

Analysts polled by TIKR expect Apple to report revenues of $122.4 billion in the fiscal first quarter, a YoY fall of 1.2%. the company’s revenues had increased by 8.1% in the previous quarter.

During the fiscal fourth quarter 2022 earnings call, Apple provided some color on the outlook for the first quarter. For the December quarter, it expects Mac sales to fall. It also said that the overall revenue growth would be lower than in the September quarter. Notably, since the onset of the COVID-19 pandemic in 2020, Apple stopped providing quantitative guidance. 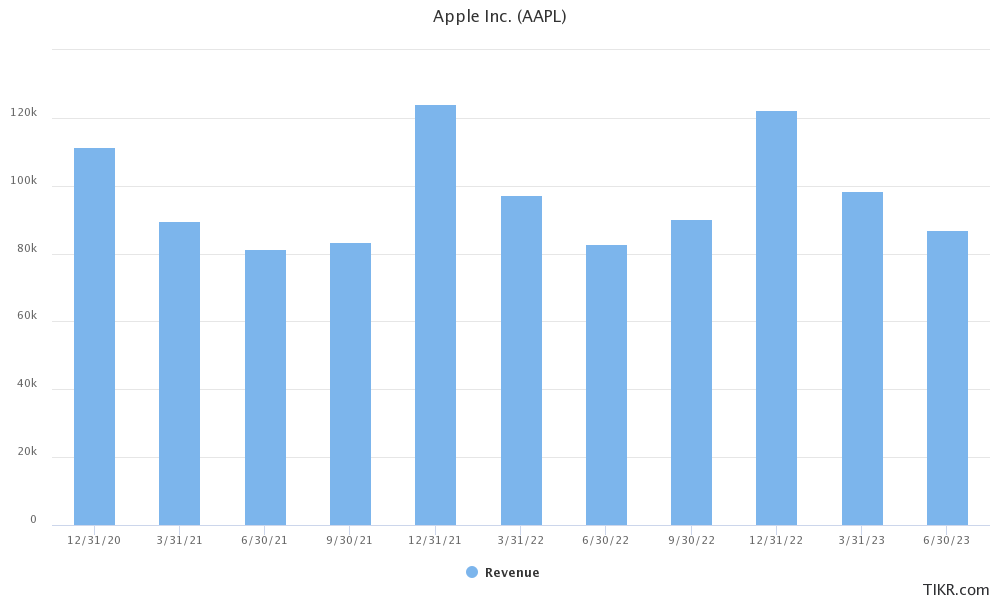 Apple faced both supply and demand issues in the December quarter. In November, Apple warned that its iPhone 14 shipments would be hit due to the COVID-19 restrictions in China. Providing an update on the supply of iPhone 14, Apple said, “COVID-19 restrictions have temporarily impacted the primary iPhone 14 Pro and iPhone 14 Pro Max assembly facility located in Zhengzhou, China. The facility is currently operating at significantly reduced capacity.”

It added, “We are working closely with our supplier to return to normal production levels while ensuring the health and safety of every worker.”

The supply-side issues dampened the availability of the iPhone 14 during the holiday season. While Foxconn has since resumed normal operations, reports suggest that Apple asked suppliers to cut production amid tepid demand.

iPhones sales have been strong though

That said, iPhone sales have been a bright spot in an otherwise tepid global smartphone market. Global shipments of both smartphones and PCs fell by double-digit in the third quarter.

Ahead of Apple’s earnings, Evercore ISI analyst Amit Daryanani added the stock along with IBM to the “tactical outperform list.” He said, “While reported earnings might be below current Street expectations ($123B/$1.98) due to the iPhone production shutdowns, we are expecting a Mar-qtr guide that is ~5% above consensus driven by the recovery of iPhone sales lost in the Dec-qtr.”

However, not all analysts are bullish on the stock heading into earnings. Rosenblatt and Barclays lowered Apple’s earnings estimates for the fiscal first quarter and also slashed their respective target prices.

In its note, Barclays said, “We did another round of checks with China channel and supply chain partners in the last few days. What started out as production-driven cuts has moved to demand weakness across product categories.”

It added, “At a 20% premium to the S&P 500, we see the stock as fairly valued at best. Manufacturing issues aside, we believe we are witnessing the catch-up from strong COVID performance across product categories. Service revenues have been decelerating as well. We see pressure to estimates and PE multiple in 2023.”

Many analysts believed that Apple stock is a safe bet amid the broader market turmoil. The stock has somewhat justified its status and is outperforming its peers. However, the recent fall has shown that even Apple is not immune to the broader market crash.

The rising geopolitical tensions between the US and China is another headwind for Apple. Notably, the stock crashed at the peak of the US-China trade war in 2018. US companies like Apple and Nike which have sizeable operations in China and also use the country as a sourcing hub might find themselves caught in the crossfires between the world’s two largest economies.

China has meanwhile signaled that it is now over its tech crackdown. However, the economy is now slowing down structurally and the slowdown might get compounded by the geopolitical tensions between China and the West.

As for Apple, markets would look forward to the management commentary on iPhone demand and supply during the upcoming earnings release. A worse-than-expected slowdown in iPhone sales would be the last thing that Apple investors would want at this point.