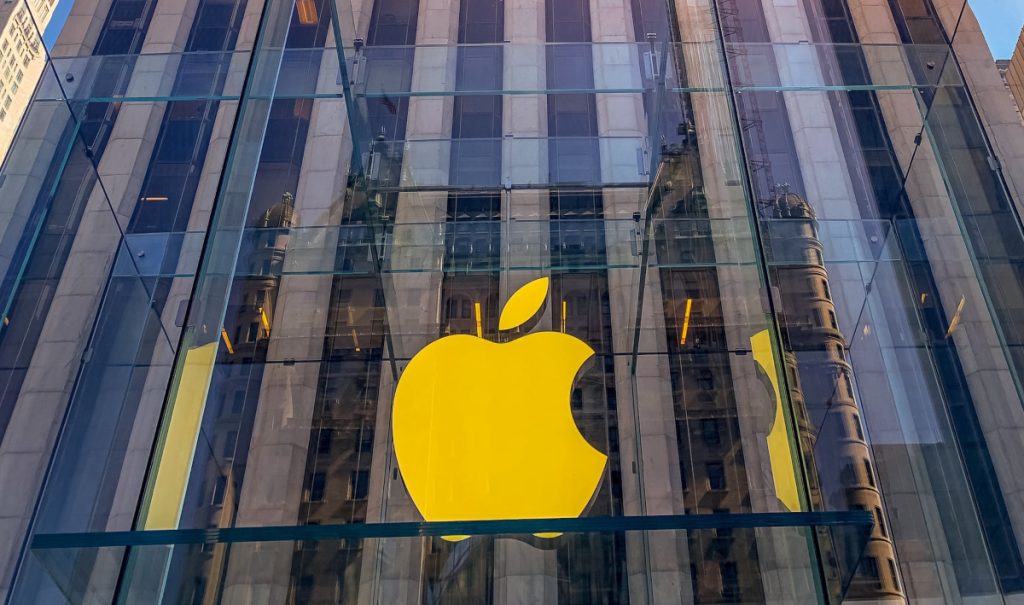 Those fancying a Santa Claus Rally this year are in for a rude shock as US markets have plummeted this week. Apple stock (NYSE: AAPL) which was holding steady so far is also drifting towards its 52-week lows amid the crash.

Meanwhile, despite the recent weakness Apple stock is outperforming not only its FAANG peers but also the Nasdaq. It is the only FAANG stock to outperform markets this year as the once formidable group has come under severe pressure this year.

The broader market weakness is indeed leading to the crash in Apple stock. However, other factors are also at play. Markets are concerned about the outlook for Apple amid reports that it would allow third-party apps in Europe to bypass its Play Store. Notably, Apple charges a hefty amount to app developers for in-app purchases.

These commissions have helped the company scale up its Services business. Even Tesla’s CEO Elon Musk has been a vocal critic of app store policies. He previously said that Apple was planning to ban Twitter. However, after meeting AAPL CEO Tim Cook he said that Apple never considered doing so.

Meanwhile, Twitter, which is now owned by Musk, charges a higher amount for subscriptions through the Play Store as compared to the web version.

The slowdown in China and supply chain disruptions are another worry for Apple. Last month warned that its iPhone 14 shipments would be hit due to the COVID-19 restrictions in China. Foxconn’s assembly plant in Zhengzhou which assembles the iPhone 14 is operating at “significantly reduced capacity.”

Notably, Apple was among the companies that are worst affected due to the COVID-19 restrictions in China. The company assembles most of its iPhones in the country. Also, the restrictions are negatively impacting the Chinese economy which is hurting sales of smartphones. China is among the largest markets for iPhones.

Meanwhile, China has now relaxed some of its restrictions and even Foxconn’s Zhengzhou plant is expected to soon revert to normalized production. However, the supply chain disruptions might have already taken a toll on Apple’s sales in the December quarter.

Several shoppers complained of not being able to buy the latest Apple iPhone 14 during the Cyber Week sale.

Notably, iPhone sales have been a bright spot in an otherwise tepid global smartphone market. Global shipments of both smartphones and PCs fell by double-digit in the third quarter.

In 2020 and 2021, gadget makers faced a crippling shortage of chips. Several countries realized their reliance on imported chips and took measures to increase domestic production of chips that go in almost every gadget from smartphones to cars and white goods.

Taiwan Semiconductor Manufacturing Company or TSMC has increased its investment in the US and would now set up two chip plants in the country. Apple CEO Tim Cook said that the company would use chips produced at TSMC’s Arizona plants.

Cook termed the event as “an incredibly significant moment.” He added, “And now, thanks to the hard work of so many people, these chips can be proudly stamped Made in America.”

While saying that it is only the beginning, Cook said, “Today we’re combining TSMC’s expertise with the unrivaled ingenuity of American workers. We are investing in a stronger brighter future, we are planting our seed in the Arizona desert. And at Apple, we are proud to help nurture its growth.” Cook tweeted that Apple would be the largest chip buyer from the plants.

Analysts find Apple stock as a buy after the crash

Amid the crash, several analysts see Apple stock as a buy. In a client note, Morgan Stanley said, “Net, while we understand why investors are focused on units price and the Dec Q disruption, we believe any stock dislocation on the back of supply-related disruptions presents an opportunity to own one of the highest quality tech platforms featuring a first-rate management team and consistent execution that is trading in line with its trailing 5-year average P/E.”

It is also not much perturbed by the competition to Play Store and sees the impact as limited. Morgan Stanley instead believes that it would remove the overhang from the stock.

Is AAPL still a safe bet?

Many analysts believed that Apple stock is a safe bet amid the broader market turmoil. The stock has somewhat justified its status and is outperforming its peers. However, the recent fall has shown that even Apple is not immune to the broader market crash.

The rising geopolitical tensions between the US and China is another headwind for Apple. Notably, the stock crashed at the peak of the US-China trade war in 2018. US companies like Apple and Nike which have sizeable operations in China and also use the country as a sourcing hub might find themselves caught in the crossfires between the world’s two largest economies.