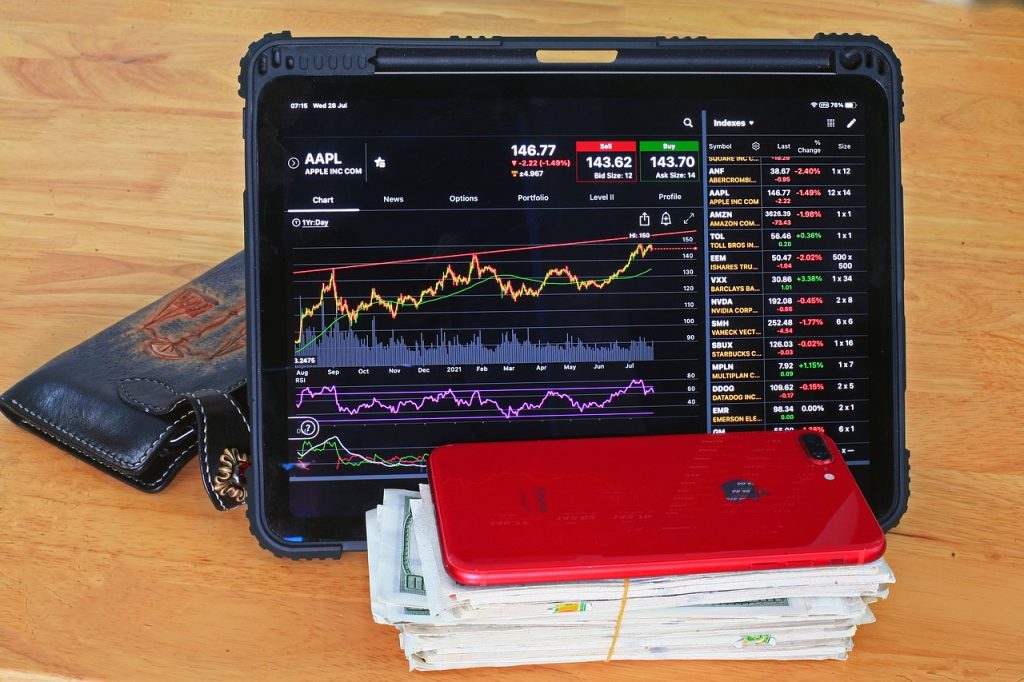 Apple stock (NYSE: AAPL) soared 7.5% on Friday even as Big Tech stocks crashed. Apple’s status as a “safe bet” amid the market turmoil might be challenged though as its key supplier Foxconn grapples with production issues in China.

All these companies spooked markets with their quarterly earnings and their shares fell to new 52-week lows. In the case of Meta Platforms, the shares are now trading below $100 while the market cap is around $266 billion. The Facebook parent commanded a market cap in excess of $1 trillion at the peak last year and has since lost almost $750 billion.

Wall Street analysts anyways had tepid expectations from Big Tech companies this earnings season. However, most companies even failed to meet the low bar. In that background, Apple’s earnings stood out. While it wasn’t a blowout quarter for the company, the performance looks good given the macroeconomic backdrop.

Global shipments of both smartphones and PCs fell by double-digit in the quarter. However, Apple said that iPhone sales increased almost 10% YoY to $42.63 billion in the quarter. The metric trailed analysts’ estimates of $43.21 billion though. On the company level, Apple’s September quarter revenues as well as profits beat estimates. Also, it was a new September quarter record in terms of iPhone sales as well as overall sales.

The question on Apple iPhone 14 demand also featured during the company’s earnings call. Responding to a question from Credit Suisse analyst Shannon Cross, Apple’s CEO Tim Cook said, “In terms of the new products, the 14 and the 14 Pro and Pro Max, it’s still very early. But since the beginning, we’ve been constrained on the 14 Pro and the 14 Pro Max and we continue to be constrained today.”

He added, “It’s difficult to say what the mix will be until we can satisfy the demand because we’re not able to determine the accurate mix until then.” Notably, for the last many quarters, Apple’s production was constrained by chip shortage. However, during the September quarter, the impact of the chip shortage was insignificant. 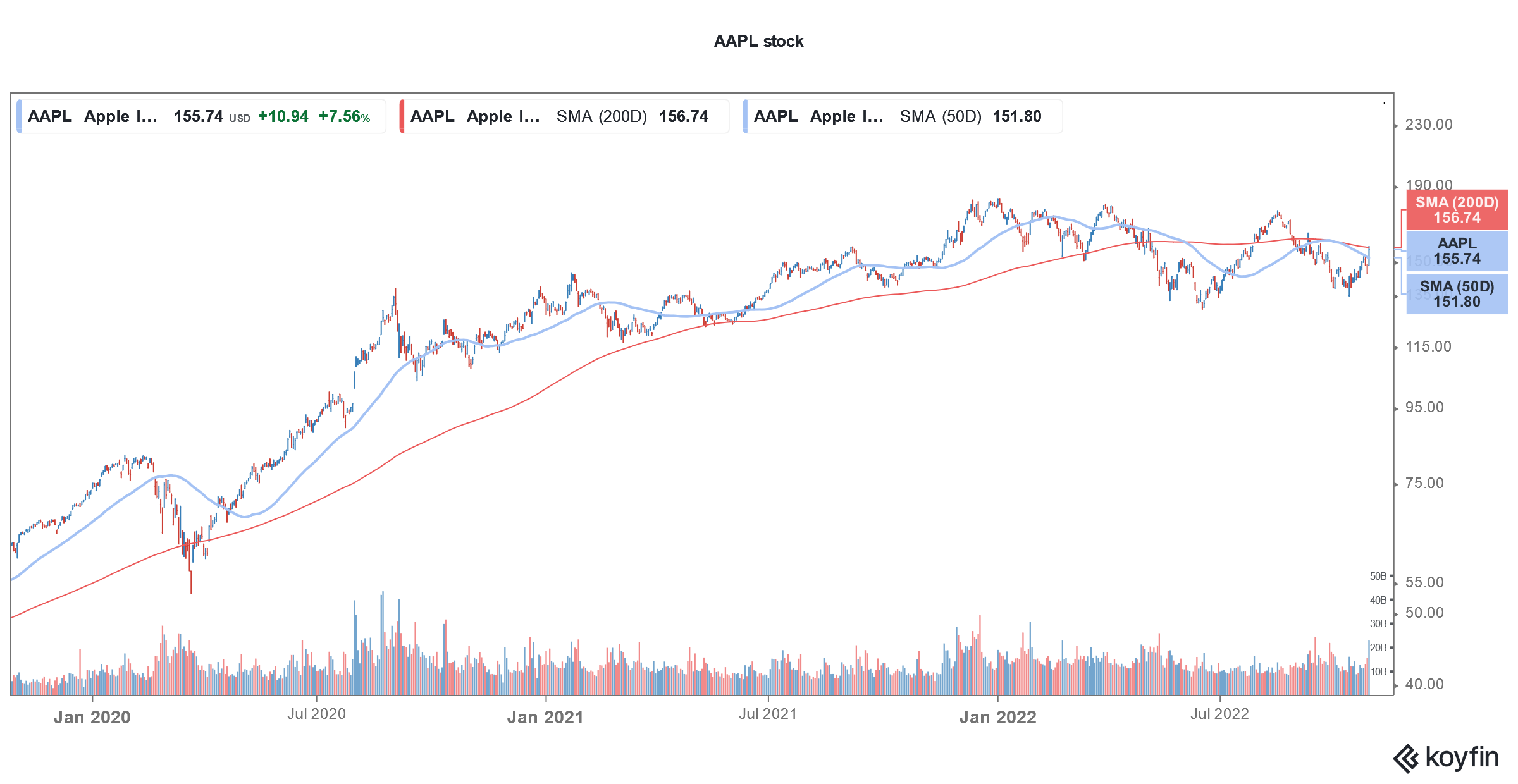 Before the earnings season, analysts saw Apple as well as Alphabet and Microsoft as safe bets. Post the earnings, only Apple has managed to justify the status as a safe bet amid the broader market turmoil. In a client note, Wells Fargo’s Aaron Rakers said, Apple is  the “bright spot amid mega-cap carnage.”

Piper Sandler’s Harsh Kumar echoed similar views and said that Apple is an “optimal place” amid recessionary fears. Bernstein also remains bullish on Apple after the earnings. Analyst Toni Sacconaghi said, “Amid a sea of large-cap earnings debacles, Apple’s results appear to be a relative victory.”

Meanwhile, Apple’s status as a “safe haven” could be tested as Foxconn, its key supplier, battles a COVID-19 outbreak in China. Citing a source, Reuters reported that the COVID-19 outbreak at Foxconn’s plant in China’s Zhengzhou city could hit iPhone 14 production by 30%.

In its response, Foxconn said, “The Group’s Zhengzhou Park operation, in coordination with the government’s epidemic prevention, is gradually coming under control.” It added, “The Group will also coordinate back-up production capacity with our other parks to reduce any potential impact.”

Apple’s holiday sales could be impacted

If iPhone 14 production gets hit, it would impact Apple’s sales in the December quarter. The quarter is seasonally strong due to holiday shopping. Notably, there are concerns over holiday shopping in the US amid high inflation.

Amazon is also circumspect about holiday spending. During the Q3 2022 earnings call, Amazon’s CFO Brian Olsavsky said, “we’re realistic that there’s various factors weighing on people’s wallets, and we’re not quite sure how strong holiday spending will be versus last year. And we’re ready for a variety of outcomes.”

In response to a question on Twitter on how long the recession would last, Musk said, “just guessing, but probably until spring of ’24.” Notably, earlier this year also, Musk expressed concern over the economy and said he has “super bad feelings.”

Last month, FedEx CEO Raj Subramaniam also warned of a global recession. The company also withdrew its full-year guidance and is now focusing on cost cuts in order to protect its margins.

JPMorgan Chase CEO Jamie Dimon has also predicted a recession in the next six to nine months. Like Musk, Dimon has also been apprehensive about the economy for quite some time.

So far, Apple’s sales have been largely immune from the economic slowdown. However, the resilience would be tested in the upcoming holiday season when the company might face both demand as well as supply headwinds.