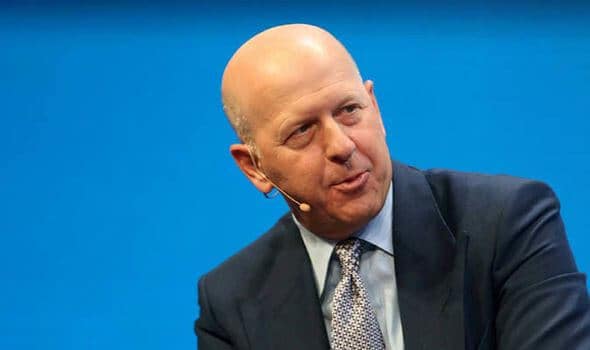 Goldman Sachs has joined the chorus of Wall Street voices sounding the alarm on the dangers of a falling US dollar it the face of a multi-trillion dollar stimulus tide.

The New York-based investment bank said that it feared that the Federal Reserve’s actions and the government’s upcoming fiscal stimulus package may push the dollar further down the drain, as the greenback plunges to its lowest levels since the pandemic started.

Goldman in a note published on Tuesday emphasized that Fed’s decision to ramp up its balance sheet by $2.8trn this year along with other multi-trillion fiscal stimulus packages from the US Congress will end up resulting in higher levels of inflation, which would threaten the US dollar’s status as the world’s reserve currency while favoring gold as a potential safe-haven.

Gold Vs the dollar

“Gold is the currency of last resort, particularly in an environment like the current one where governments are debasing their fiat currencies and pushing real interest rates to all-time lows”, said Goldman’s analysts.

As a result, the bank headed by David Solomon (pictured) lifted its 12-month forecast for gold to $2,300, up from a previous target of $2,000, as the current macroeconomic environment continues to favor a surge in the price of the yellow metal.

Even though the greenback managed to lock-in some small gains yesterday against the euro, the value of the North American currency is down again this morning, with the European currency advancing 0.1% at 1.1730 so far in early forex trading while the pound sterling is gaining nearly 0.3% at 1.2966 – its 9th consecutive day of positive performance. 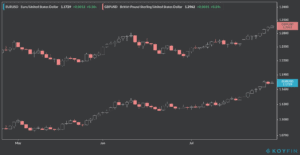 Goldman’s warning is not the first one heard on Wall Street, as billionaire investor Ray Dalio and renowned Yale professor Stephen Roach, have also voiced their concerns about the impact of expansionary measures on the dollar’s long-dated high stance in the global markets.

This is not the first time that economists have said similar things about the greenback, these fears were also heard in the aftermath of the financial crisis of 2007-2008 when central banks flooded the market with trillions in liquidity, which did not result, at least until now, in a significant spike in the inflation rate.

However, Goldman cites that the economic fallout caused by the pandemic could be the tipping point that drives inflation higher in this current scenario.