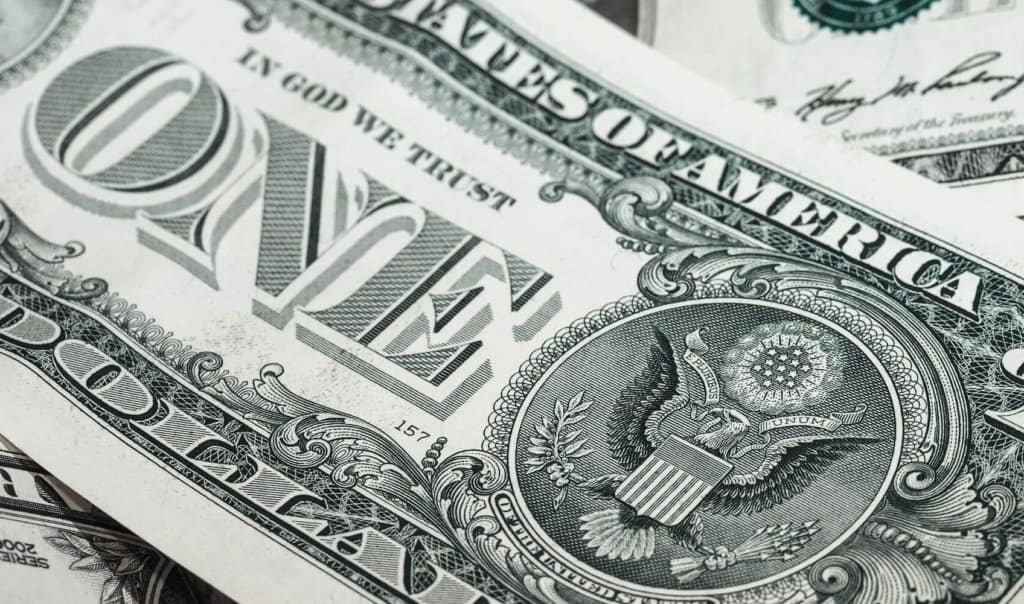 The dollar is taking a breather this morning after plunging for seven days in a row against the euro, the pound sterling, and other major currencies, as a deteriorating US economy continues to push down the value of the greenback.

The EUR/USD pair is down 0.4% so far in early forex trading at 1.1705 while the GBP/USD pair is shedding 18 pips at 1.2863, down 0.14% from yesterday’s closing. However, the value of the North American currency is still failing to gain ground against stronger currencies like the Japanese Yen and the Swiss Franc, as it is only advancing 0.1% so far in today’s session.

Macroeconomic factors like a higher ratio of debt to gross domestic product, a substantial cash injection from the Federal Reserve, and expectations of another massive $1trn fiscal stimulus package from Congress have been forcing down on the value of the greenback lately, as investors worry about how these elements will take a toll on the world’s largest economy.

Meanwhile, negative interest rates resulting from subtracting a potential inflation rate of 1.5% to the yield provided by 10-year US Treasury bonds at the moment are also a worrying element for investors, even though the US has maintained a positive benchmark interest rate and has discarded the idea of negative rates, at least for now.

Furthermore, growing uncertainties about the country’s ability to emerge unharmed from the coronavirus crisis appear to be fading, as cases continue to mount and deaths have started to climb above 1,000 in the past few days. 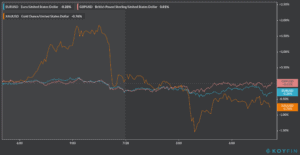 At the same time, gold prices have skyrocketed past their 2011 all-time highs of $1,920, as investors flock to the yellow metal amid these mounting worries.

However, gold’s spot price slid back to $1,930 this morning, down 0.6% from yesterday’s closing price of $1,940, as gold bulls take a pause before another attempt to push the precious metal higher off its record levels.

As growing concerns regarding the course of the US economy persist, it is unlikely to see the value of the dollar surging significantly in the next few days, even though technical analysts have pointed that the greenback is approaching a major line of support and could bet set for a rebound in the coming weeks.

“Perhaps it is a case of the market running ahead of itself”, Moh Siong Sim, a currency analyst at the Bank of Singapore told Reuters.