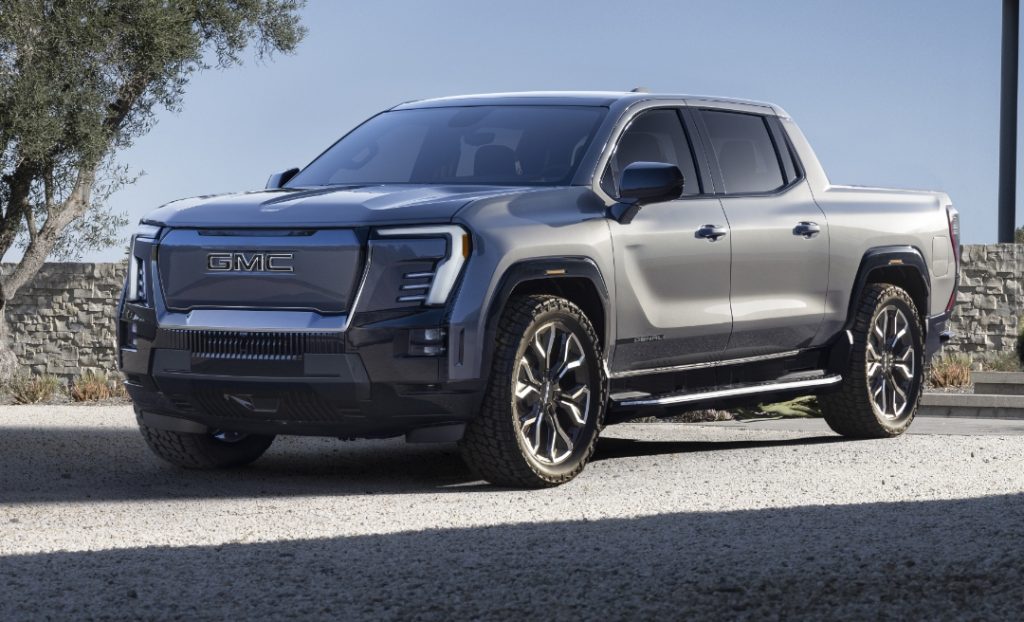 General Motors (NYSE: GM) stock is trading higher in US premarket price action today after posting better-than-expected earnings for the third quarter of 2022.

General Motors reported revenues of $41.9 billion in Q3 2022 as compared to $26.78 billion in the corresponding quarter last year. Despite the massive YoY jump in revenues, they fell slightly short of the $42.22 billion that analysts were expecting.

GM’s adjusted EPS came in at $2.25 in the quarter which was ahead of the $1.88 that analysts were expecting. It posted an EPS of $1.62 in the third quarter of 2022. Despite the revenue miss, GM stock is trading higher today.

The price action is in contrast to that of Tesla, which like GM posted better-than-expected earnings but missed revenue estimates. Tesla stock fell to a 52-week low after the earnings as markets were spooked by the guidance cut.

GM’s adjusted profit margin in the quarter was 10.7% which is 50 basis points lower than what it generated in the corresponding quarter last year. Meanwhile, despite the third-quarter earnings beat, General Motors did not raise its 2022 guidance. The company still expects to post a net income of between $9.6 billion and $11.2 billion in the year. It also maintained its full-year adjusted EBIT guidance of $13-$15 billion.

It expects automotive free cash flows between $6-$9 billion in the year. Notably, the supply chain issues have also hit General Motors’ cash flows. It reported a massive rise in inventory in the June quarter as it could build the cars fully due to a shortage of parts. During the third quarter earnings call, the company said that it has completed three-fourths of these nearly 95,000 cars and most of these would be delivered to dealers by the end of this year.

Strong free cash flows enabled General Motors to restore its dividend. While rival Ford reinstated its dividends last year only, GM did so earlier this year only. The company has declared a quarterly dividend of 9 cents per share which at current prices implies a dividend yield of just above 1%. In contrast, Ford’s dividend yield is almost 5%.

Both General Motors and Ford have outlined aggressive plans for vehicle electrification. In the shareholder letter, GM CEO Mary Barra said that the company’s market share in the US EV market surpassed 8% in the third quarter. She added that Chevrolet Bolt EV and Bolt EUV outsold Ford Mach-E by 2 to one in September. 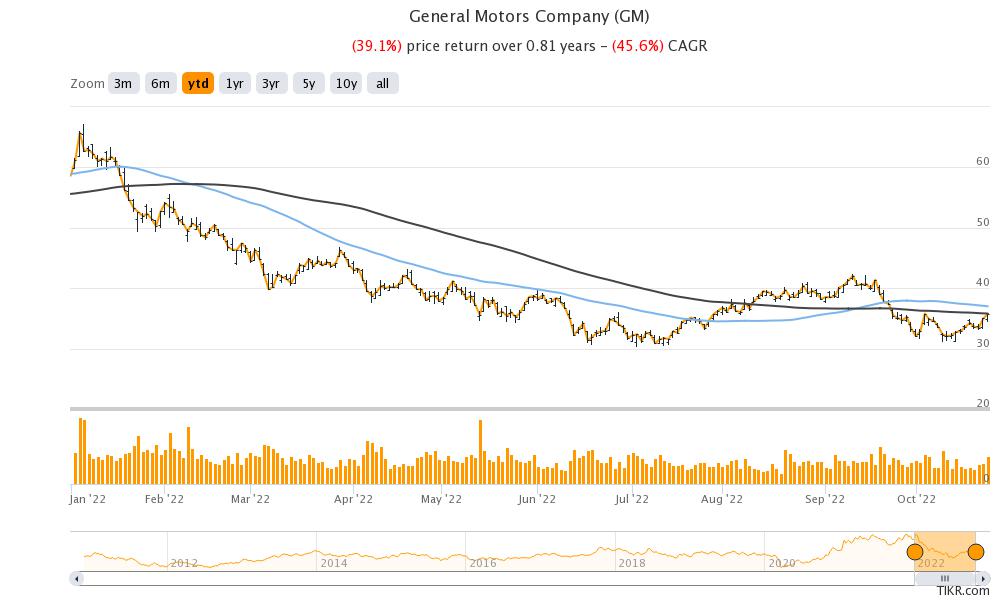 She added that the company is increasing the production of these two models to 70,000 annually from the current capacity of 44,000. The company intends to reach an annual EV capacity of 1 million in North America by 2025. By 2035, it plans to sell only zero-emission vehicles.

Last year, General Motors became the first Detroit automaker to commit to a zero-emission future. Rival Ford is also ramping up its EV production though.

Ford expects to reach a nameplate capacity of 600,000 EVs by the end of next year. By 2026, the company expects to sell 2 million EVs globally. Ford has predicted that by 2030 half of its sales globally would come from EVs.

Earlier this month, UBS downgraded both Ford and General Motors expressing concern over automotive demand. UBS analyst Patrick Hummel downgraded GM from a buy to neutral and cut his target price to $38.

Hummel said that the automotive industry would soon witness oversupply which would lead to pressure on margins. Notably, many analysts are worried about slowing demand for Tesla also after the company cut its 2022 delivery guidance.

In the shareholder letter, Barra tried to allay fears of slowing demand. She said, “despite a challenging environment because demand continues to be strong for GM products and we are actively managing the headwinds we face.”

Ford would report its earnings tomorrow

Markets would next look forward to Ford’s earnings tomorrow. Last month, Ford warned that high inflation would dent its third-quarter profits by $1 billion. The company however maintained its full-year EBIT guidance of $11.5-$12.5 billion.

Ford has raised prices for several models including the Ford F-150 Lightning this year. Automakers are grappling with high inflation and have passed on the high input costs to buyers through price hikes.

The tight car market has also enabled them to raise prices. However, if the economic conditions deteriorate further, US automakers might not have enough leeway to raise prices.

General Motors stock has slumped in 2022

GM stock is trading 4% higher in US premarkets today but is down almost 40% for the year as investors have shunned cyclical companies amid recession fears.