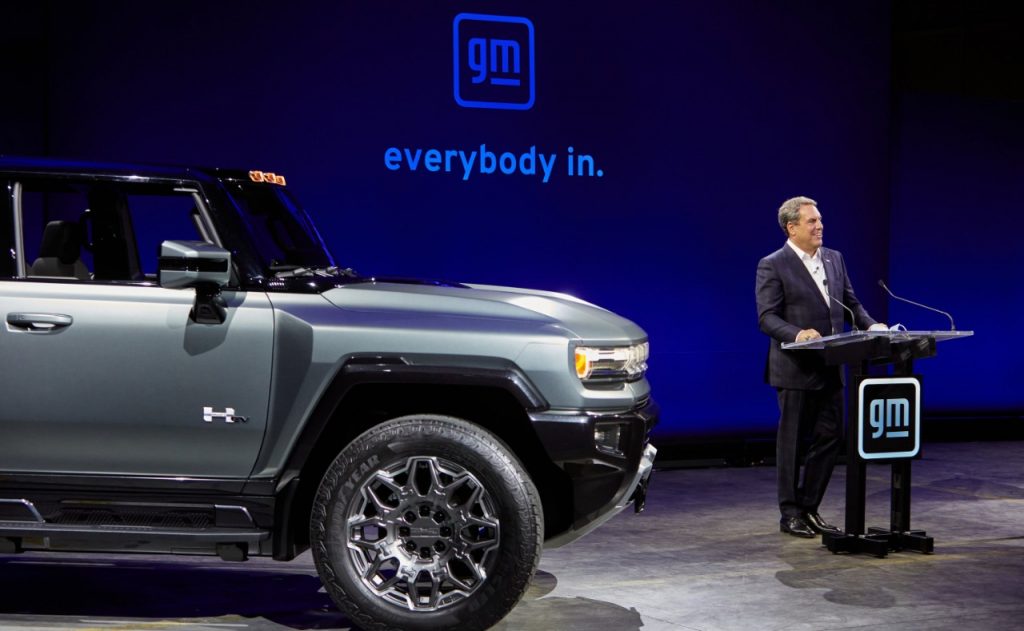 Stocks of General Motors were trading flat in US premarket price action today after rising sharply yesterday. The company has raised its profit guidance and is ramping up production despite chip shortages.

During their earnings call last month, General Motors had forecast that its pre-tax profit in the first half of the year would be in the ballpark of $5.5 billion. Yesterday, America’s largest automaker said that it expects the first-half results to be “significantly better” than the previous forecast.

“I don’t think we necessarily like updating guidance a month after we just issued it,” said General Motors CFO Paul Jacobson. He added, “But that shows you how fluid and volatile the situation has been.”

Yesterday General Motors announced that it is increasing the deliveries to dealers even as it spoke about the crippling chip shortage. “The global semiconductor shortage remains complex and very fluid, but the speed, agility and commitment of our team, including our dealers, has helped us find creative ways to satisfy customers,” said Phil Kienle, General Motors vice president, North America Manufacturing and Labor Relations.

He added, “Customer demand continues to be very strong, and GM’s engineering, supply chain and manufacturing teams have done a remarkable job maximizing production of high-demand and capacity-constrained vehicles.”

Commenting specifically on the best-selling models, General Motors said that it expects production of Chevrolet Silverado HD and GMC Sierra HD full-size pickups to rise by around 1,000 trucks by the middle of July. It added, “Shipments of Chevrolet Colorado and GMC Canyon mid-size pickups built at Wentzville Assembly in Missouri will increase by about 30,000 total units from mid-May through the week of July 5.”

The global chip shortage has hurt the automotive industry even as some automakers are more affected. Ford, for instance, expects to lose half of its second-quarter production due to the chip shortage. It expects things to get somewhat better in the back half of the year with a production loss of around 10%. The company lowered its pre-tax profit guidance by $2.5 billion in 2021 due to the chip shortage. Meanwhile, the positive commentary from General Motors management also led to a rise in Ford stocks yesterday.

Chinese automakers are also affected by the chip shortage and both Li Auto and NIO reported fewer deliveries in May as compared to April. XPeng Motors meanwhile reported higher deliveries in May as compared to April. Tesla does not provide a monthly delivery report but the company expects its deliveries to rise over 50% year-over-year in 2020. The Elon Musk-run company delivered nearly half a million electric cars in 2020 which was in line with its original guidance that was issued before the COVID-19 pandemic.

While pure-play electric vehicle, companies are capacity constrained and can sell only as many cars as they produce, the scenario has been different for legacy automakers like Ford and General Motors. Historically, these companies have carried almost two months of inventories. However, the production bottlenecks, first due to the pandemic and later due to the chip shortage, has led to the depletion of these inventories.

While automakers have been anyways trying to lower dealer inventories, there has been a forced inventory drawdown. This has also negatively impacted sales in some cases and Ford also had to shut the production of its best-selling F-150 pickup. The model has been America’s best-selling pickup for decades and would compete with Tesla’s Cybertruck. 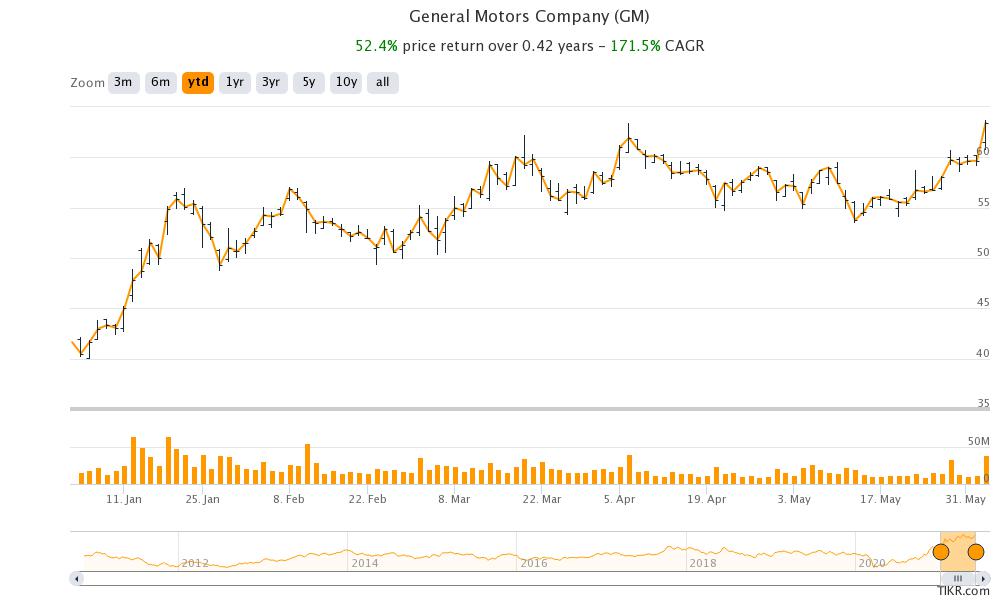 Ford unveiled the all-electric version of the F-150 last month. Incidentally, President Joe Biden has tried his hand at the Ford F-150 Lightning and sounded impressed and said “this sucker’s quick.” Biden called himself a “car guy” and said that “the future of the auto industry is electric.” Last year, his predecessor Donald Trump had also praised the Endurance model.

General Motors plans to sell only zero-emission vehicles by 2035 and became the first Detroit automaker to commit to a zero-emission future. Tesla’s success and the global pivot towards electric cars have led many carmakers to rethink their ICE (internal combustion engine) car portfolio and they are launching electric cars in a flurry to cover the lost ground.

Markets have also given a thumbs up to General Motors electric vehicle plans and it is at the highest level since 2010 when it went public again after the bankruptcy. However, General Motors had suspended the dividend in 2020 amid the COVID-19 pandemic. Now, with the earnings outlook looking strong, General Motors might want to take a relook at the dividend resumption.

However, like Ford, the company would also have to weigh the higher capex needs towards electric vehicles.

Berkshire Hathaway also holds some General Motors shares. If the com can execute the electric vehicle plan well, it could be a winner and give a tough fight to pure-play electric vehicle companies.