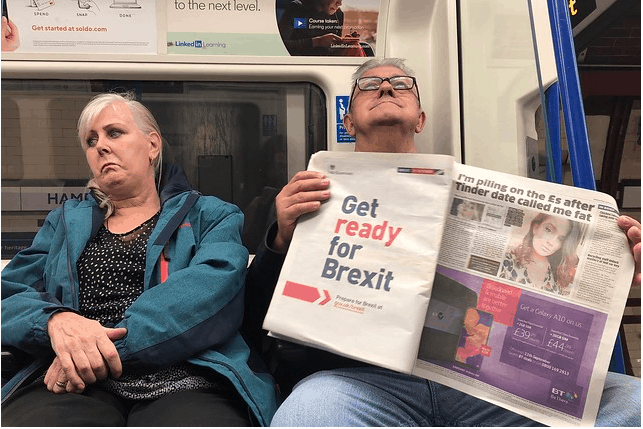 The FTSE 100 index is taking a breather this morning after four consecutive days of losses with Brexit talks seemingly reaching an impasse as the EU and the UK fail to move forward on key topics.

The 15 October deadline recently set by Prime Minister Boris Johnson for negotiations to advance in a favorable manner has already lapsed without any progress to show for, which leaves the UK leader with a tough decision ahead.

Although Johnson has made no final call on the matter, the Prime Minister stated this morning that “unless there’s a fundamental change of approach, we’re going to go to the Australia solution, and we should do it with great confidence”.

The British stock market remained unfazed by the threat of a no-deal Brexit possibly taking place even earlier than expected, as investors may have qualified Johnson’s remarks as a political tactic to push things forward rather than as a threat he will be actually willing to materialize.

The pound sterling reacted negatively to these remarks, as reflected by intraday forex trading activity, with the British currency dropping as much as 0.5% once the Prime Minister’s comments were released.

However, the pound quickly bounced back as EU negotiators stated that they will be heading back to London on Monday to resume talks as they remain committed to “give these negotiations every chance of being successful”.

Access to the UK’s fishing waters, a leveled playing field for businesses and workers, and Ireland’s land border issues remain some of the most complicated matters on which negotiations have failed to make progress.

The British stock index is rebounding off the lows seen yesterday, with the benchmark finding support at 5,800 – a level that has served as a stronghold since the FTSE 100 rebounded off its March lows.

Today’s gains appear to be part of a technical rebound as the past four days have plunged the index into oversold territory in the hourly charts.

That said, the FTSE 100 is still failing to move above its short-term moving averages while the MACD is still submerged deep into negative territory. Meanwhile, the daily chart shows how the index is barely hanging on to this support level.

Given the negative backdrop, including a surge in daily virus cases and the looming threat of an earlier-than-expected no-deal Brexit, the outlook for the FTSE 100 index remains bearish in the short-term.