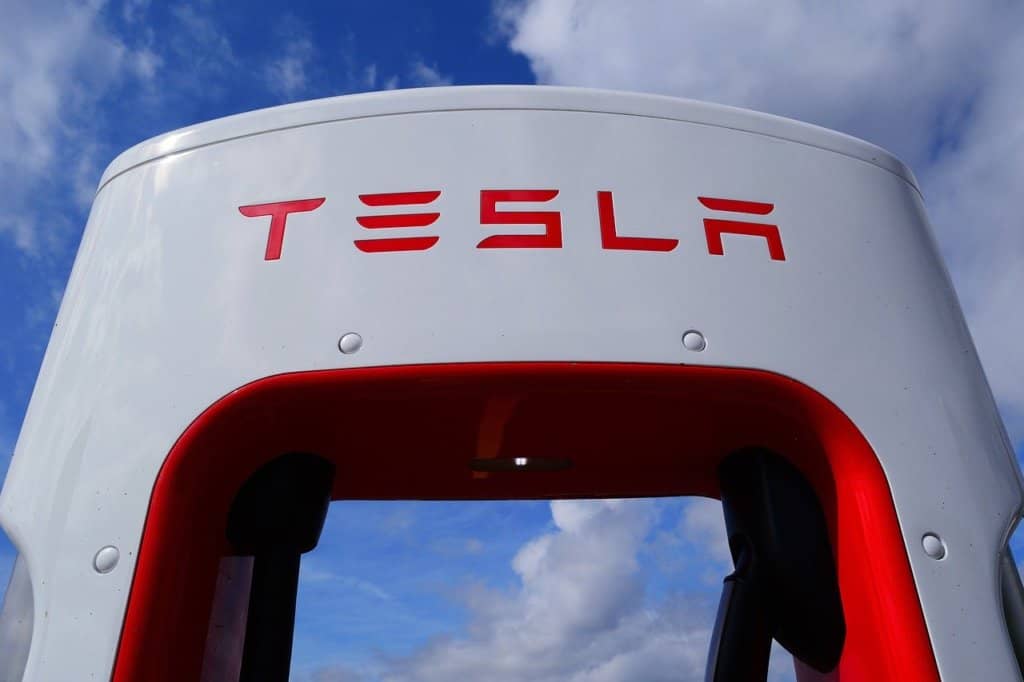 Tesla, the popular electric vehicle maker, would trade adjusted for the split on Monday. Do shares look attractive after the split?

Both Tesla and Apple have rallied this year as investors have added tech shares this year anticipating an increased pace of digitization due to the pandemic. 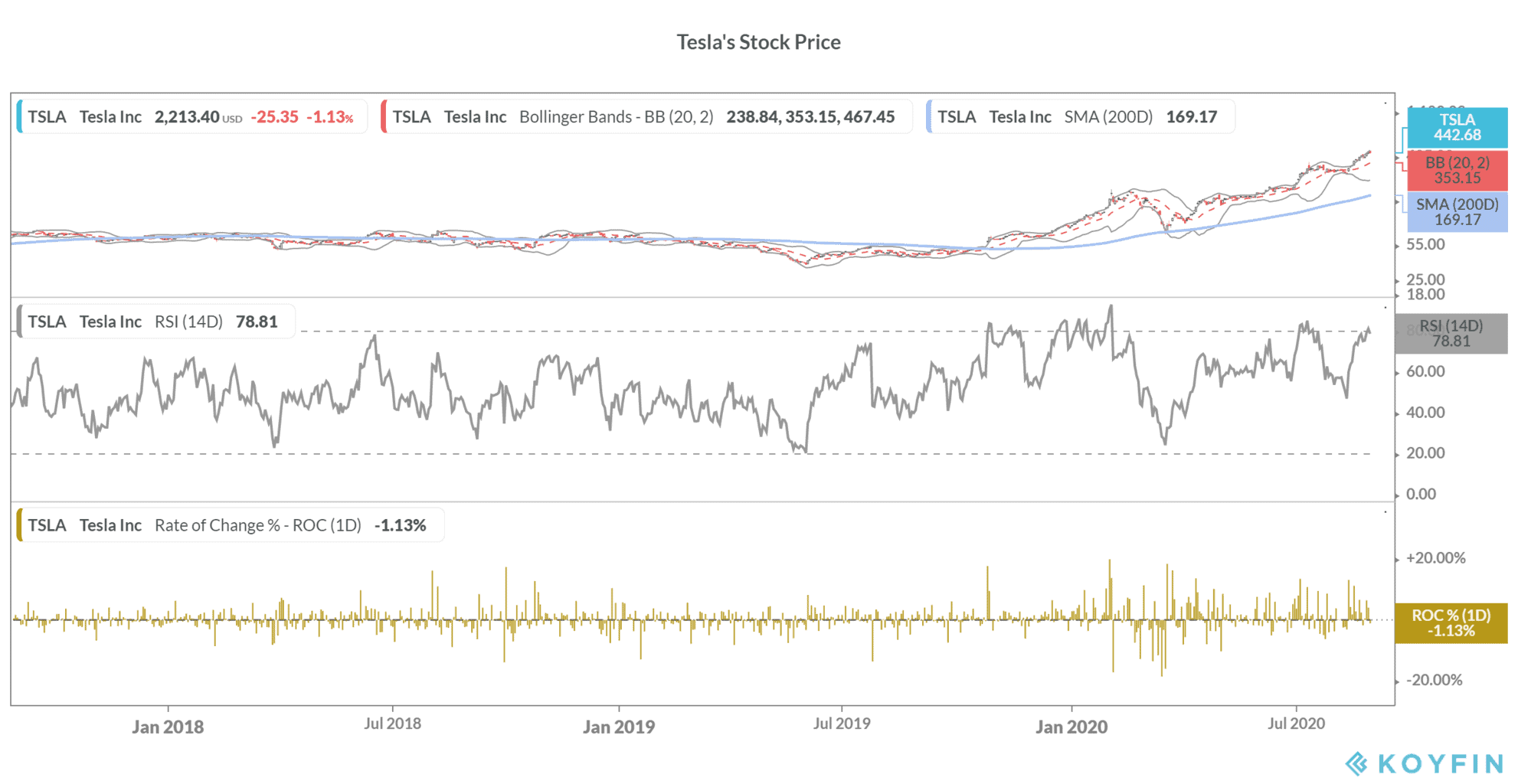 Tesla stock up over 60% since split news

Tesla stock has gained over 60% since the company announced the stock split on 11 August. Shares are up over 429% so far in 2020. This basically means that despite the five for one split, the stock would trade higher than what it did without the split at the beginning of the year.

For instance, Tesla trades at a trailing price to earnings ratio of over 1,100x. The forward multiple of 172x looks no cheap either. It has an enterprise value to sales multiple of 11.1x which again looks too high for comfort.

Ashwath Damodaran, popularly known as the “Dean of Valuation” said that to justify its valuation Tesla would need to make revenues similar to Volkswagen with margins like Apple and make investments in manufacturing “like no other manufacturing company has before.”

Damodaran put a $427 price target on Tesla under an “optimistic scenario.” Shares currently trade over five times what Damodaran valued them earlier this year.

However, Jim Cramer, the host of Mad Money show on CNBC advised investors to buy Tesla and Apple shares if they fall after the split.

“If you judge Apple as a pure hardware play, or you judge Tesla as a pure car company, then you’re right, all these moves are all smoke and mirrors,” said Cramer justifying the rally in Tesla and Apple shares this year.

He added, “They’re both stocks — and in the end, stocks can break your heart — but if Elon Musk and Tim Cook continue to execute, I bet their long-term trajectory is up.”

He however does not expect much from the company’s upcoming battery day. “I fear that Battery Day might end up being some letdown, but you’ve got my blessing to buy it into any split-related weakness next week, then you can ring the register on part of your position before Battery Day on Sept. 22nd, just in case.”

Cramer added, “Long-term, though, even after a 1700 point gain, I know Musk has got more magic in the tank.”

Should you buy Tesla stock after the split?

The split fundamentally changes nothing for Tesla apart from the expected increase in liquidity in its stock. However, while liquidity can be a short-term driver, in the long term, stocks move up in proportion to their earnings.

Earnings haven’t been Tesla’s strong point and even Musk admitted during the second quarter earnings call that the company might not be super profitable.

However, Tesla bulls have differing opinions as is reflected in the stock’s sharp rally this year.

Tesla shares have rallied 87-fold since the IPO in 2010. We have compiled a guide on how to buy Tesla stock.

Alternatively, if you wish to trade derivatives, we also have reviewed a list of derivative brokers you can consider.