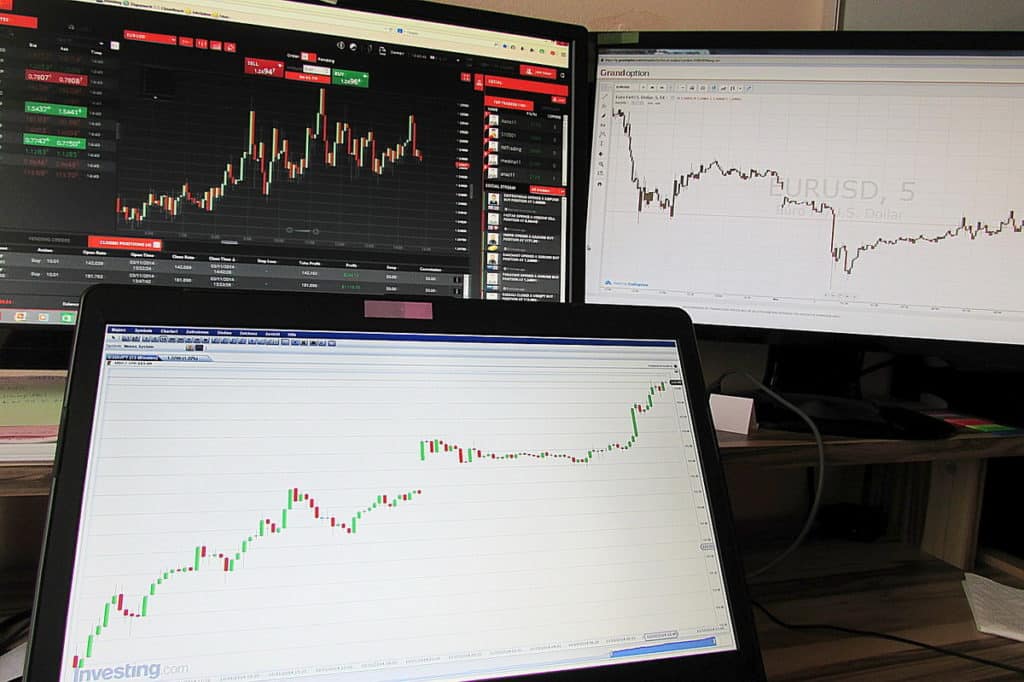 The year 2019 showed a return of a strong upward trend in the global foreign exchange market. After the dip recorded in 2016, daily turnover in the global FX market reached $6.6 trillion this year. According to LearnBonds.com research, recent data shows a 40% increase in a daily Forex trading volume over the last decade.

The Triennial Survey of Forex exchange indicates that 2019 brought a significant three-year increase in an average daily FX turnover. In 2010, it almost hit $4 trillion, which was the peak of nine years of continual growth. During 2013, the global Forex market hit $5.3 trillion in an average trading volume per day. The 25% increase represented the first massive rise since 2001.

Due to the Swiss Franc currency shock in 2015, the arrival of the new regulatory environment in the banking industry and predominance of risk-averse players on the market, 2016 led to a drop to $5.1 trillion in an average daily FX turnover. It was the first reported decrease since 2001.

Still, the last three years brought not only the recovery from the previous challenges but significant growth of the global FX market. Between 2016 to 2019, a daily FX volume jumped 30%. The $1.5 trillion increase over a three-year time period represents the record high FX market growth for the last 19 years.

Rise of FX Swaps and e-Trading Drive the Forex Market

The increase in total FX turnover is primarily caused by the surge in FX swaps, used for liquidity management and hedging of foreign currency portfolios. In 2019, the foreign exchange swaps accounted for 49% of the total FX market turnover. During the last year, this figure reached $3.2 trillion, which represents a 34% increase compared to the previous report. Spot transactions jumped to $1.98 trillion, making 30% of the global FX volume in 2019.

At the same time, the network connections of FX markets globally has caused an increased concentration of trading in some financial hubs. E-trading enables fast transactions, which contributes to overall FX turnover growth. The 2019 data shows it accounted for 56% of the total FX trading. Although it first took place in inter-dealer trading, the statistics indicate that the dealer-to-customer segment has experienced the most significant rise as a fast connected network over recent years.

The e-trading trends will continue to shape the FX market over the coming years. According to the 2019 J. P. Morgan e-trading survey, artificial intelligence and machine learning will be the two most important features set to shape future trading.