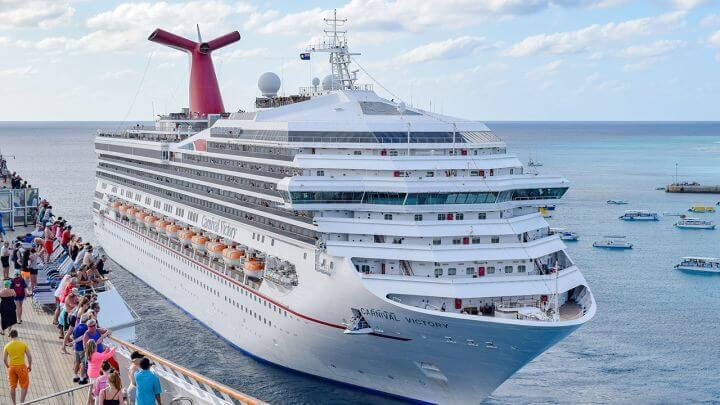 Cruise line stocks were trading higher yesterday and are pointing to a strong positive open today as investment bank JP Morgan turns bullish on the sector as pent-up demand and the effective lifting of the no-sail mandate from the CDC in November could reignite the industry’s engines.

Carnival Corp (CCL) shares were leading the rally yesterday seeing a 5.3% jump at $16 per share, followed by Norwegian Cruise Lines (NCLH) and Royal Caribbean (RCL), which saw a 4.5% and 2.8% increase in the price of their stock respectively.

JP Morgan’s analyst Brandt Montour recently shared his comments on cruise line stocks during an interview with TipRanks where he emphasized that the bank sees value for long-term investors given that operators can fully sail by 2022.

The bank also believes that a combination of pent-up demand and a resumption of their activities in November, after the CDC effectively lifts its no-sail mandate, will result in a steady comeback for the industry with little effect on ticket pricing.

Cruise operators continue to be in desperate need of cash, as the industry struggles to raise liquidity amid the severe downturn caused by the pandemic, with health authorities around the world prohibiting cruises from sailing to prevent the spread of the virus.

Royal Caribbean and Norwegian recently partnered to draft a 66-page report in which they disclose the industry’s proposed safety measures and practices to protect passengers and avoid an outbreak.

The report was submitted to the CDC a few weeks ago and some of the measures would include mandatory face masks, testing for both passengers and crew, and regular temperature checks.

Royal Caribbean shares might be ready to jump higher

Perhaps one of the most promising names from a stock trading perspective is Royal Caribbean, as the chart shows that the firm’s shares have been posting a set of higher lows as they approach their June resistance of $76 for the third time since the pandemic sell-off.

In consequence, the price action is forming a pattern known as an ascending triangle, which is typically bullish, as the continuous retest of that resistance accompanied by the market’s commitment to find support for the stock closer to those levels tends to ultimately produce a break above.

That said, both the RSI and the MACD are showing a slight divergence in the momentum as both oscillators are trending down although the stock keeps going up.

A successful break of the $76 level at this point should be accompanied by higher levels in both indicators as well as this would provide enough evidence that momentum is picking up for Royal Caribbean shares.