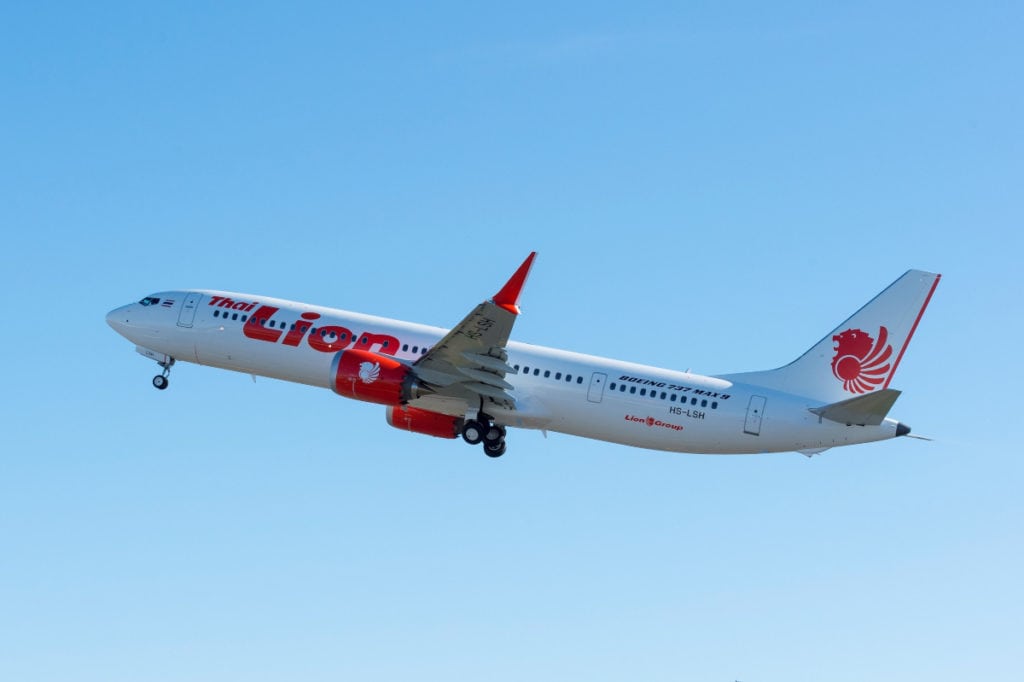 Boeing stock has rebounded sharply this month amid the rally in beaten down stocks on positive vaccine news. The approvals for its grounded 737 Max series aircraft has also supported the rally.

After the Ethiopian Airline crash, most countries banned the 737 Max series. Now, authorities seem to be getting satisfied with the changes to the model’s design. After the FAA’s approval, European Union Aviation Safety Agency (EASA) has also said that it would lift the ban on 737 Max series in January 2021.

“We wanted to carry out a totally independent analysis of the safety of this aircraft, so we performed our own checks and flight tests,” said EASA’s Executive Director Patrick Ky. He added, “All these studies tell us that the 737 MAX can return to service. We have started to put in place all the measures.” According to Ky, “It is likely that in our case we will adopt the decisions, allowing it to return to service, some time in January.” 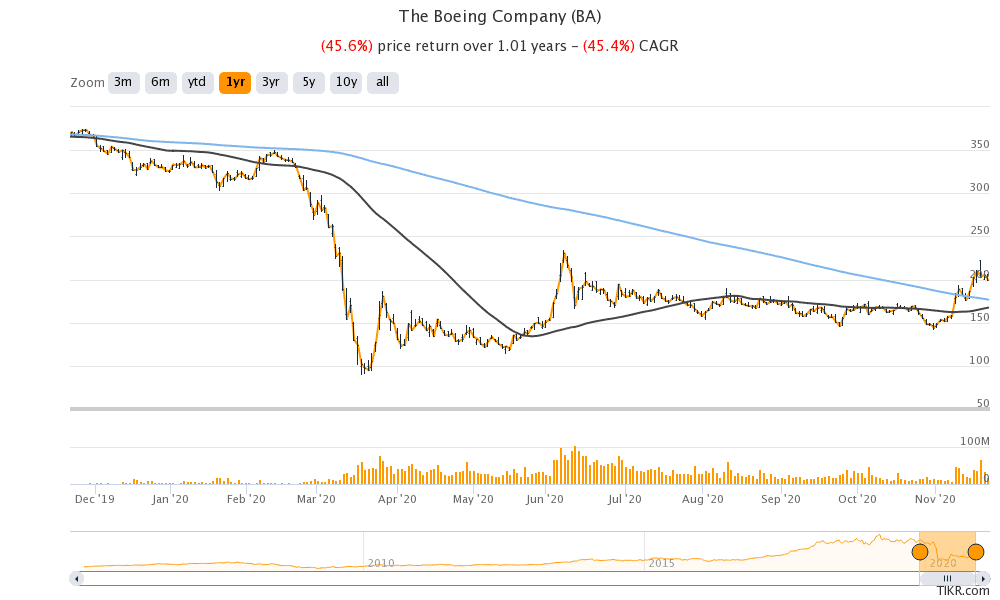 We’ve also seen a sectoral shift from high flying tech and growth stocks towards beaten down value and cyclical plays. The so-called stay-at-home stocks including Zoom Video Communications and Peloton have been under pressure amid the sector rotation.

Meanwhile, Boeing stock made a high of $223.02 last week but eventually closed at $199.62, down over 10% from the highs. The stock is in correction territory now having fallen over 10% from its recent peaks. The question here could be, can Boeing stock resume its uptrend or could it fall more after the correction that we saw towards the end of the last week. For that we’ll need to look at the stock’s fundamentals and technicals.

Fundamentally, Boeing’s troubles were two-fold. The first trouble was company specific and related to the grounded 737 fleet. With the model now getting flying permission from US authorities, other countries are also expected to follow suit. This would at least mean one less trouble for Boeing investors.

The aviation industry is still not out of the woods

However, the other issue for Boeing is more macro and relates to the financial turmoil in the aviation industry. The entire value chain of airline industry from OEMs like Boeing and Airbus to part suppliers like Rolls-Royce have been affected due to the precarious situation of airline companies.

While the vaccine news is positive for the aviation sector, the industry is still not of the woods yet. It would be a long time before global air travel returns to pre pandemic levels.

Boeing stock: Do technicals point to an uptrend?

How analysts are rating the stock?

According to the estimates compiled by MarketBeat, Boeing has an average price target of $216 which is a premium of 8.2% over current prices. Its highest price target is $360 while $110 is its lowest price target.

Overall, 11 analysts have a buy rating on Boeing stock while six have a sell rating. The remaining 12 analysts have a hold rating. Last week, several brokerages raised Boeing’s target after the news of 737 series getting FAA approval came out.

How to buy Boeing stock?

Baird upgraded Boeing from neutral to outperform while lifting its target price from $165 to $305. Among other brokerages, Goldman Sachs and Citi Group raised Boeing’s target price to $245 and $200 respectively.

All said, fundamentally Boeing stock looks weak given the fact that global air travel is not expected to reach pre pandemic levels by at least 2024. However, technically, the stock could gain momentum if it manages to form a golden triangle.

You can trade in Boeing stock through any of the reputed online stockbrokers. Alternatively, if you wish to trade derivatives, we also have reviewed a list of derivative brokers you can consider.