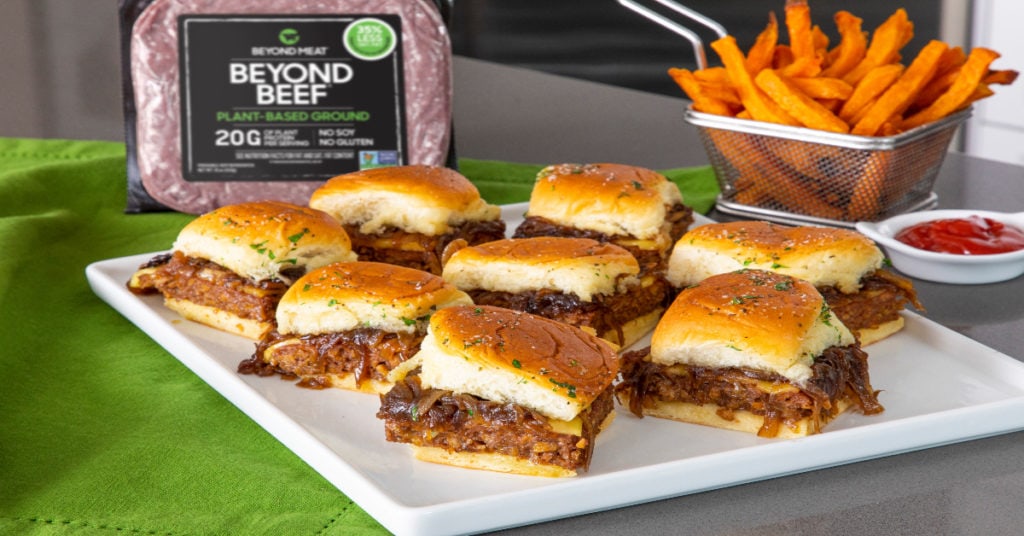 Plant-based meat company Beyond Meat was trading sharply down in pre markets today as a flurry of negative news including a massive earnings miss has hit the stock.

Beyond Meat released its third quarter earnings yesterday after the close of markets. The earnings missed analysts’ estimates by a wide margin. The company’s net revenues increased a mere 2.7% year over year in the quarter to $94.4 million. In contrast, analysts polled by Refinitiv were expecting the company to post revenues of $132.8 million in the quarter.

Beyond Meat posted a loss in the third quarter

Beyond Meat management on the earnings

“Our financial results reflect a quarter where for the first time since the pandemic began, we experienced the full brunt and unpredictability of COVID-19 on our net revenues and accordingly, throughout our P&L (profit and loss),” said Beyond Meat’s President and chief executive Ethan Brown.

The company also took a hit of $1.8 million on its profitability due to COVID-19 related costs. This includes a write off of $1.1 million on inventory that is no longer saleable and $0.7 million towards repackaging and other costs.

Brown also sounded upbeat on Beyond Meat’s outlook. “We have not, however, blinked in our focus on the expanding long-term opportunity before us and continue to operate our business locked in on this exciting long-term growth trajectory,” said Brown. He added, “Rather than curtail activities in reaction to transitory macroeconomic conditions, we continue to invest in the pillars of our future growth, and in capabilities, infrastructure, and markets that support our global vision and provide the highest long-term return to our investors.”

Meanwhile, despite the pandemic, Beyond Meat is continuing with its expansion plans, both in the US as well as the international markets. Beyond Meat products are now available in 80 countries, as compared to 50 countries a year back. Globally, its products are available in 122,000 outlets, an increase of 9% over the June quarter.

Beyond Meat is also going for backward integration of its operations, and in the third quarter, it purchased a co-production facility in Pennsylvania. While the acquisition would lead to cash outflow in the short term, in the long term it would help the company improve its margins.

The earnings miss is not the sole reason behind the sharp fall in Beyond Meat stock. Markets are also apprehensive over the company’s relationship with McDonald’s, one of its major partners.

“We have a relationship with Beyond Meat, where they supported us in our Canadian test market,” said McDonald’s CEO Chris Kempczinski. He added, “We haven’t made a decision yet about how we’re going to be and which suppliers are supporting our global rollout, so I don’t want to comment on that.”

Beyond Meat says relationship with McDonald’s is strong

During their third quarter earnings call, Beyond Meat management tried to impress upon analysts that they have a strong relationship with McDonald’s. “Our relationship with McDonald’s is good. It’s really strong,” said Brown about McDonald’s. He added, “Our work there on behalf of what they’re doing continues. And I really want to defer to our large duty customers of what they want to share about their supplier base, what they want to share about their launch plans.”

Taking a swipe at those speculating about Beyond Meat’s relationship with McDonald’s, Brown borrowed a Mark Twain quote and said “Reports of my death have been greatly exaggerated.”

Based on yesterday’s closing prices, Beyond Meat has almost doubled this year. After such an astonishing price action, there is little scope of erring on the earnings and growth. We have seen many examples where stocks that have soared this year have been punished badly on even the slightest hint of a growth slowdown. Apple is among the most recent example and fears of a slowdown in iPhone sales spooked investors.

Beyond Meat stock was trading over 17% down in pre markets today. The stock has already fallen below its 50-day SMA (simple moving average). Looking at the pre-market price action, there is a chance that it may fall below its 200-day SMA also which would signal a short-term technical downtrend.

You can trade in Beyond Meat stock through any of the reputed online stockbrokers. Alternatively, if you wish to trade derivatives, we also have reviewed a list of derivative brokers you can consider.