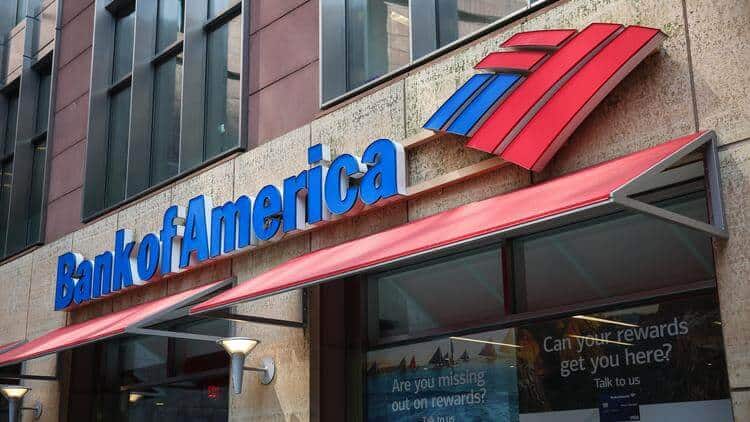 In the US, Bank of America (BOA) is one of the leading holders of blockchain patents. Yet, they have just registered another one. The new patent filing on Google Patents states that BOA will adopt the power of the Ripple blockchain within a new interbank settlement and communication system.

A blockchain is a chain of blocks that act as a database of financial data, the block storing all the financial data related to a transaction and a timestamp. They are used because due to their nature, they are pretty resistant to modification.

For example, A wants to transfer funds to B. This involves contacting the bank so that they may transfer funds. Once done, the money from A is in B’s account, and the banks have a record of the transaction which they verify. The files are updated on both the receivers’ (B) and the senders’ (A) account, which in blockchain terms creates a block. For online trade, these transactions will occur frequently and need to be stored securely and verified continuously.

This is where blockchain comes in, storing and reporting on millions of blocks globally. The database cannot be modified without impacting another neighboring block, which is a highly desirable feature for online brokers and traders alike.

Meanwhile, unregulated cryptocurrencies trading bots such as BitcoinTrader, and Bitcoin Revolution are threatening the security of thousands of investors who are vulnerable to these fraud products.

Note: If you’re interested in learning about blockchain and cryptocurrencies, we suggest reading our guide on investing in bitcoin here.

Ripple has more than 200 financial companies as customers worldwide, promising to ensure that monetary transactions are cost-effective, instant, and reliably conducted. The network’s XCurrent and XRapid platforms have become increasingly popular with financial institutions.

The recently patented application is targeted at optimizing communications and real-time settlements between banks. This will ensure faster cross-border dealings. Nonetheless, it’s only the blockchain that is being utilized and not the XRP utility toke (a token which is an open-ledger asset used to facilitate payments across the world).

BOA is not the only major global bank to use blockchain for settlements. HSBC, the well-known London based worldwide banking institution, has also been using blockchain technology to settle forex transactions worth more than $250 billion.

In the US, BOA has the highest number of blockchain-based patents. Cathy Bessant, the head of BOA’s technology regime, states that she is skeptical about the future success of the technology. Despite the fact that the bank’s most DLT patents originated during her tenure, starting in 2016, Bessant is still believed to be a little bearish on blockchain’s success.

In 2018 the bank announced that it would finance Amazon and Microsoft in their blockchain ventures. In October 2018 they stated that the blockchain would soon reach $7 billion. At present, it is reported to be at about $2.2 billion. Market pundits have forecast that the industry will cross the $20 billion line by 2023. We can expect more financial companies to start investing in for blockchain developments.

Find more information about BOA as well as its main competitors on our stock brokers and forex brokers comparison pages.