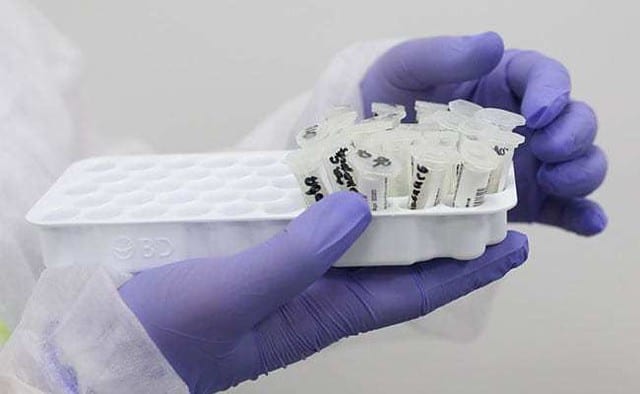 AstraZeneca shares opened lower in London this morning after the company announced it paused its Phase 3 trials for a coronavirus vaccine due to safety concerns.

A report from StatNews said that the temporary halt took place after one trial participant had an adverse reaction to the vaccine, although the company has not confirmed said report.

AstraZeneca (AZN) qualified its decision to pause the study as a “routine action” that takes place “whenever there is a potentially unexplained illness in one of the trials”. The company did not disclose how long the study will be paused or which would be the conditions required to resume it.

The British drugmaker has been a frontrunner in the race to find a viable coronavirus vaccine in collaboration with the University of Oxford.

The company received a grant from the US government as part of a federal program known as “Operation Warp Speed” aimed to expedite vaccine development efforts by funding the most promising candidates.

Additionally, the US has committed to pay AstraZeneca a total of $1.2bn to receive at least 300 million doses of their vaccine once it is approved by the country’s Food and Drugs Administration (FDA).

A disruption like this could dampen the company’s effort to successfully deliver the first approved vaccine for the deadly virus while the situation may also cause further worries in the financial markets as a whole – as a viable vaccine by the end of the year seems to be taken as a given and appears to be already priced in as equities have rallied dramatically since their March lows on the back of vaccine hopes.

Are AstraZeneca shares a buy or sell considering this news?

AstraZeneca shares are falling 1.7% so far today trading at 8,200p per share following this report. The latest price action shows that AZN attempted to fall below the 8,000p level on 4 September but quickly bounced back which is a sign of the strength of this psychological support level.

However, as we reported earlier, AstraZeneca shares seem to be forming a head and shoulders pattern that could lead to a much deeper sell-off, although the second shoulder of that pattern is yet to be formed.

Traders should keep an eye on how the stock holds up during the next sessions as further bad news on the vaccine front could push AZN below the 8,000p level, at which point a deeper drop could take place, possibly towards the price gap left in early April at the 7,400p level.