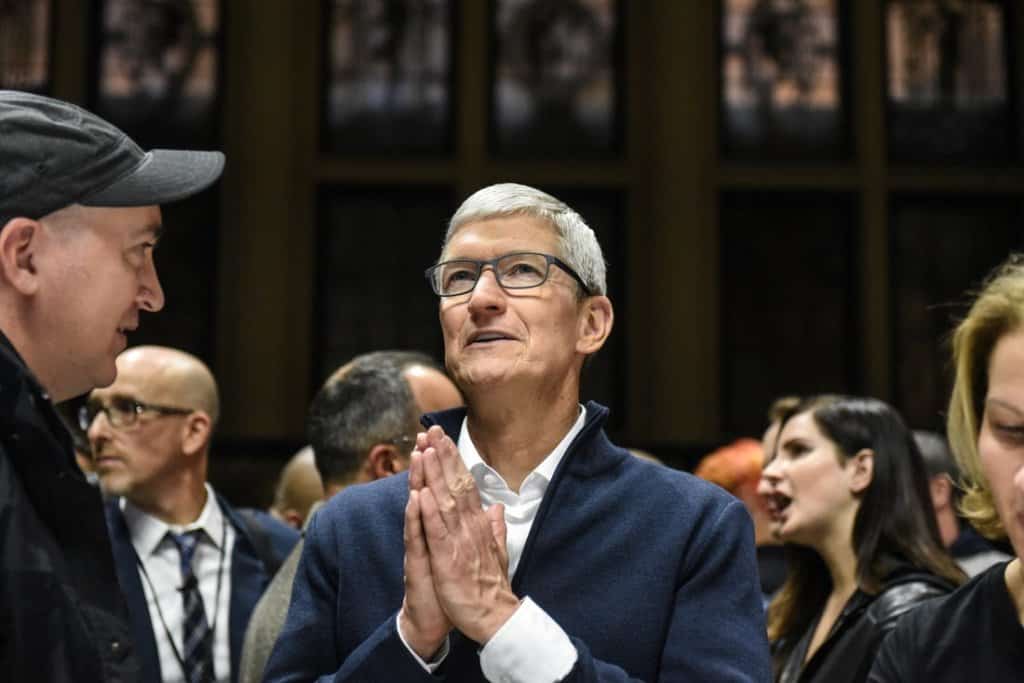 Apple (NYSE: AAPL) stock price has rallied more than 15% from its March low and shares passed the $300 mark early this month. However, Wedbush analyst Daniel Ives, who stands among the biggest Apple bulls, says the stock has almost 10% more upside potential, suggesting investors buy the stock taking advantage of the near-term uncertainty.

While the chances are high for extending the 5G supported iPhone 12 fall launch to November or December due to the change in consumer priorities amid coronavirus outbreak, Wedbush analyst still believes iPhone 12 is among the biggest catalyst for growth, with momentum accelerating up into early 2021.

The world’s largest technology company is likely to sell 165 million to 185 million iPhone units this year, according to Wedbush.

Meanwhile, Keybanc data shows that iPhone sales fell 77% year over year in April due to store closure across the world. 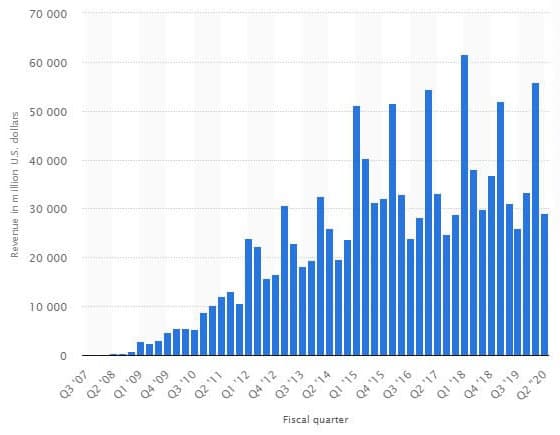 During the March quarter earnings call, chief executive officer Tim Cook (pictured) said that wearables and iPhone’s revenue will decline significantly during the June quarter from previous periods while services revenue is likely to grow quarter over quarter.

The robust growth in revenue from services and subscription-based units that include Apple TV+, Apple Music, and more has also impressed Wedbush’s  Ives. Theses unit’s revenue soared to a record $13.35bn in the three months to the end of March.

If you plan to invest in stocks via day trading or options trading, you can review our featured stock brokers here.