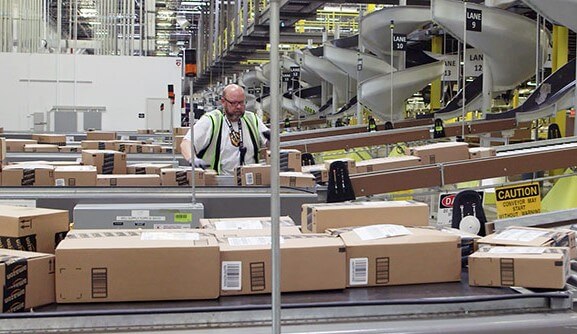 Five of Amazon’s foreign websites were placed on a blacklist by the Trump administration this week. The giant online retaile’s e-commerce platforms in the UK, Germany, France, India and Canada have all been added to a “notorious markets” register due to “facilitating the sale of counterfeit and pirated products”.

When reached for comment, Amazon said it has invested heavily to prevent illegal activities and the inclusion of its sites was a “political act”.

“This purely political act is another example of the administration using the US government to advance a personal vendetta against Amazon,” the company said in a statement.

In response to these allegations, the trade representative’s office said that the adding of the Amazon sites was the result of complaints from US businesses over the sale of fake goods. According to the report, complaints said the Amazon sites didn’t provide clear information about sellers and that the process to remove platforms selling counterfeit goods was “lengthy and burdensome”.

US President Trump has frequently clashed with Amazon and personally with Amazon’s chief executive Jeff Bezos, who owns the Washington Post newspaper. In the past, Mr Trump has said that Amazon doesn’t pay enough in taxes.

This is not the first time Amazon got in trouble with the US government. Last year, the online retailer challenged the US Department of Defense in court after a $10bn Pentagon cloud computing contract went to Microsoft instead of Amazon. The deal is currently being blocked while federal judges investigate the claims.

Amazon’s stock is down 6.2% in pre-market trading on Friday after posting first-quarter that profit fell 29% on Thursday from a year earlier to $2.5bn with costs jumping as it hired tens of thousands extra workers to handle rising demand due to stay-at-home restrictions caused by the coronavirus pandemic.

If are interested in buying Amazon stock, you can check out our featured stock brokers here.