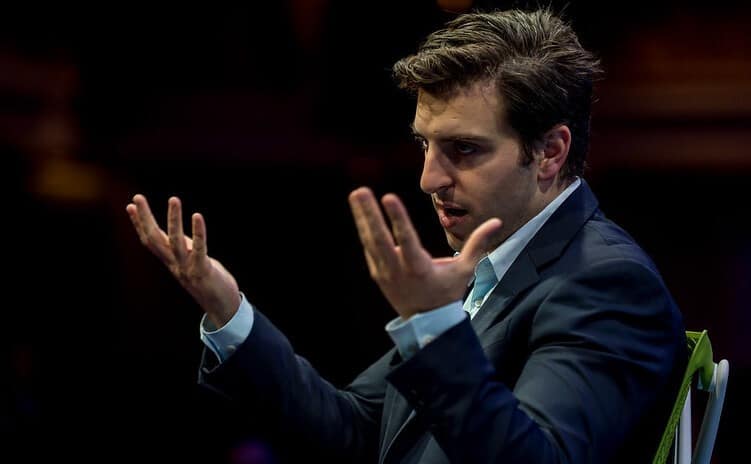 Airbnb is pressing ahead with its stock market debut despite revenues at the home-sharing app plunging by almost 70% during the last quarter due to lockdown travel restrictions around the world.

The San Francisco-based firm plans to file its initial public offering (IPO) paperwork with the Securities and Exchange Commission later this month and could be publicly listed by the end of the year with an $18bn valuation, according to the Wall Street Journal.

The company was aiming for a 2020 public debut at around March but the downturn in travel sparked by the global coronavirus pandemic derailed those plans. But the business has bounced back from the spring’s nadir, and saw surge in bookings around Memorial Day.

It now hopes its IPO can ride the positive momentum tech stocks have seen during the crisis.

Airbnb chief executive Brian Chesky (pictured) told Bloomberg in June that although international travel restrictions had halted many vacations. US customers preferred to stick to drivable domestic destinations within 200 miles of their home.

Airbnb revenues and profits plunge amid the pandemic

The company reported $335m in revenues for the three months ended on 30 June, 67% down from the $1bn it brought in a year ago, according to data seen by Bloomberg this week,

Losses before interest, taxes, and depreciation amounted to $400m, while the company reported an adjusted net loss of $341m, this is $49m higher than the $292m in losses it saw during the same period a year before.

Bookings in June began to recover with the number of rentals falling by 30% compared to the previous, better than the 70% decline the company saw in May.

How much is Airbnb worth?

Airbnb’s business was valued at roughly $31bn in 2017 but that valuation has fallen to around $18bn so far this year, as the health crisis has raised concerns about a recovery in the tourism sector that may take years.

In May, the firm said it would cut nearly 1,900 employees worldwide, out of 7,500, a quarter of the workforce. In April, the company received a $1bn loan from investors to get it through the pandemic.

With shares of similar companies such as Booking Holdings (BKNG), Expedia (EXPE), and TripAdvisor (TRIP) trading at a price-to-sales ratio of 1.4 times to 6.6 times some analysts say it would be plausible to see a valuation close to the $35bn for Airbnb, but this would be at the high end of the spectrum.