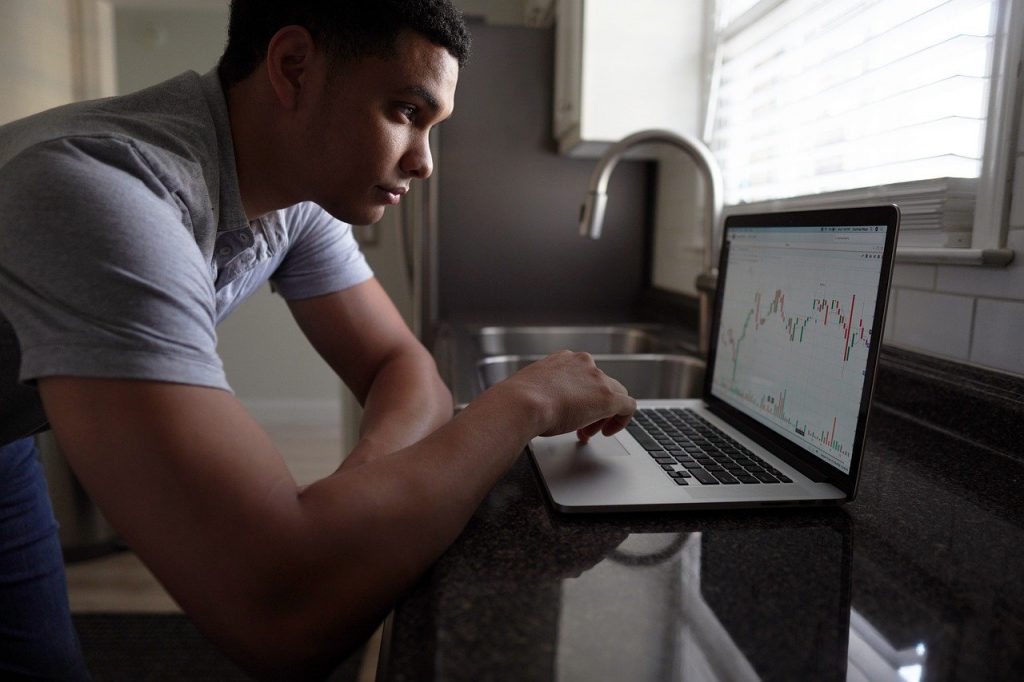 Meme stocks are back as AMC Entertainment and GameStop stocks are rallying yet again. Are we in a new age of finance and stock market investing which is dominated by retail investors?

Wall Street has traditionally been dominated by big hedge funds and other fund managers. However, over the last couple of years, retail traders have given a tough fight to the dominance of the so-called pros on Wall Street.

Before the meme stock mania began in 2021, we had a bunch of Robinhood traders, a name used to represent mainly young traders on the popular trading app Robinhood. These traders bought stocks last year when almost every fund manager worth his name including Jim Chanos, Mark Cuban, Stanley Druckenmiller, and Paul Tudor Jones warned of a second crash in markets.

However, US stock markets rebounded from their 23 March 2020 lows and haven’t looked back since. Even Warren Buffett, who is known to be “greedy when others are fearful” was a net seller of stocks in the first and second quarter of 2020.

The Oracle of Omaha also exited all the four airline companies that Berkshire Hathaway was holding. However, while Buffett took the parachute and dropped out, retail traders jumped in and bought airline stocks. So far, retail investors seem to be getting the better out of Buffett and other fund managers.

To be sure, Buffett himself hasn’t been a fan of Wall Street fund managers and instead advises retail investors to invest in S&P 500 index funds which have a low-cost structure. Meanwhile, while retail traders have dominated the markets over the last year, Buffett sounded critical of them at this year’s annual shareholder meeting.

“It’s become a very significant part of the casino group that has joined into the stock market in the last year or year and a half,” said Buffett on Robinhood. He added, “There’s nothing illegal about it. There’s nothing immoral, but I don’t think you’d build a society around people doing it.”

Berkshire Hathaway vice chairman Charlie Munger was even more critical of Robinhood. “I think it’s just God awful that something like that brought investments from civilized men and decent citizens,” said Munger. He added, “It’s deeply wrong. We don’t want to make our money selling things that are bad for people.”

To be sure, while Buffett and Munger seem to have a genuine concern for speculating on stocks something that the two nonagenarians have long advised against, we seem to be in a new age where retail traders are outperforming Wall Street pros by a wide margin.

The kind of returns that retail traders are making on meme stocks and cryptocurrencies on a day exceeds the returns that fund managers make in a year. The group of retail traders, as well as Robinhood, look in no mood to take the criticism.

Robinhood issued a scathing response to Buffett’s criticism and said “There is an old guard that doesn’t want average Americans to have a seat at the Wall Street table so they will resort to insults.” They added, “The future is diverse, more educated and propelled by engaging technologies that have the power to equalize. Adversaries of this future and of change are usually those who’ve enjoyed plentiful privileges in the past and who don’t want these privileges disrupted. Their criticisms are unfortunate but they prove why Robinhood’s mission is in fact critical.”

Retail traders acting as a cohort

Meanwhile, retail traders have gone a step forward and are now acting as a cohort. Led by the Reddit group WallStreetBets, we saw collective buying in many stocks like AMC Entertainment and GameStop. There were almost war cries of buying the meme stocks and a sense of jubilation when big Wall Street funds bowed out to retail traders. Melvin Capital almost went out of business amid the short squeeze triggered by retail traders.

Meanwhile, the retail-driven rally in stocks over the last year has a lot of dimensions. Firstly, it is a signal that a new breed of young traders has arrived on the stage who is not hesitant to take on Wall Street pros. The fact that “AMC stock forecast Reddit” was a top search on Google amid the rally in the stock speaks volumes about this trend.

Secondly, there are long-term implications of the short squeezes. With a possible short squeeze 2.0 happening in meme stocks, hedge funds might get wary of betting against Reddit names in the future.

The short squeeze 1.0 anyways helped a lot of almost zombie companies to raise capital by selling shares at a premium. A lot of meme stocks now have the cash to survive for years, thanks to the retail-driven rally.

Here it is worth noting that while a lot of retail traders might see short-sellers as “evils” who ought to be squeezed out of the market, they play a role in the market. The ability to short stocks makes stock markets more efficient and ensures that asset prices don’t run too far ahead of the fundamentals (at least in theory.) 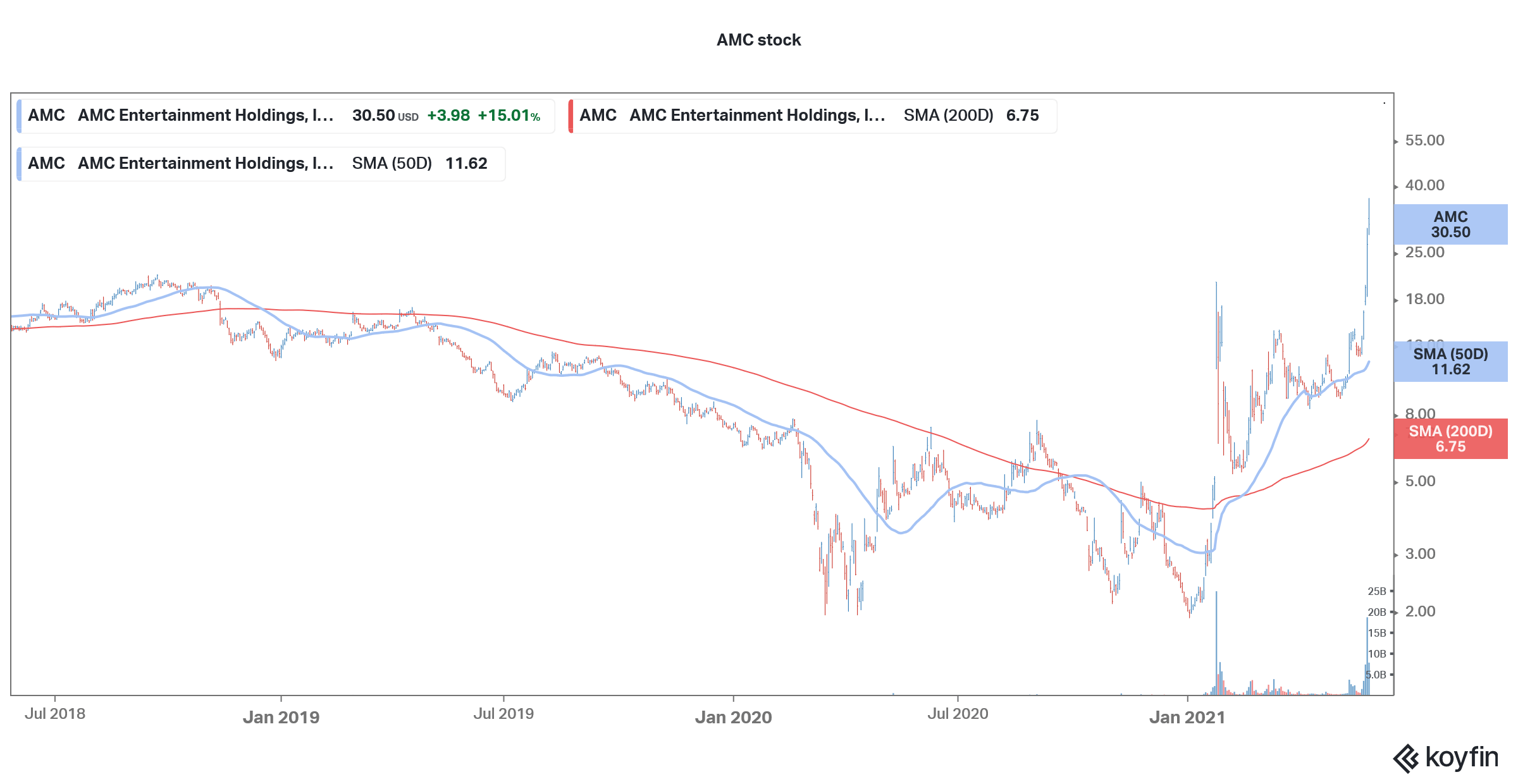 Retail traders could get a voice in boardrooms

Another implication of the hyper activism of retail traders is that management might give more importance to retail traders. So far, the earnings call and shareholder meetings are crowded by analysts with the notable exception of Tesla which takes questions from retail investors. Coinbase is another example as the company interacted with Reddit traders ahead of the direct listing

Aron also built a business case for the retail investor base and said “This is — and these are not people who are just going to be investors in AMC, these are going to be customers of AMC who come to our theaters and enjoy watching movies at our theaters as paying guests. So, I love the idea that we have a passionate, committed, enthusiastic shareholder base. And I’m sure that as we work together, management and ownership, we’ll come to the right answer.”

We see something similar in Tesla where are a lot of investors are Tesla and Elon Musk fans and some of them also own a Tesla car. While not all Tesla investors can buy a Tesla car, practically all AMC retail shareholders can visit an AMC theatre. This would mean something like a cooperative enterprise where the shareholders also use the company’s products.

Don’t be surprised if like activist investor nominees, in the future we have retail nominees on company boards, especially small companies where retail investors form the majority of shareholders.

Rules of traditional finance are being rewritten and valuation, which hitherto was a function of numbers and earnings, is dependent on how traders perceive them to be and can they collectively take the stock to the “moon.” The disdain for valuations in some meme names is what concerns me the most. But then, for now, retail investors seem to be winning the battle.

To sum it up, we now seem to be getting into a new age of investing and finance where retail traders are not wary of taking on the Wall Street pros and rewrite the rules of the game.

You can invest in stocks through any of the reputed online stockbrokers. Alternatively, if you wish to trade derivatives, we also have reviewed a list of derivative brokers you can consider.