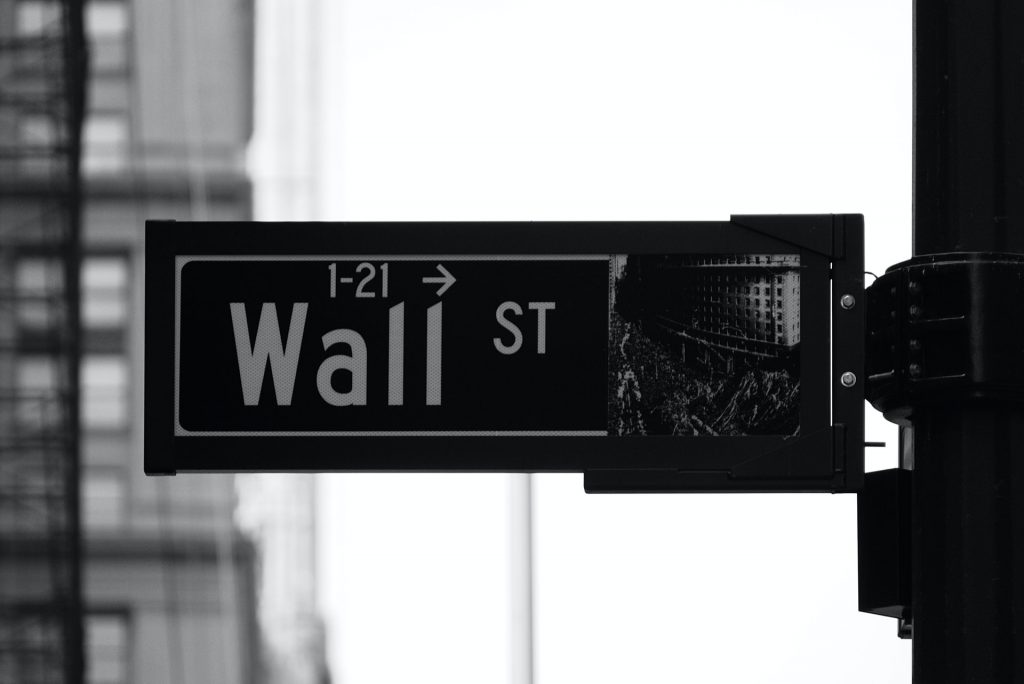 US Treasury Secretary Janet Yellen created waves yesterday after putting forward a case for a rate hike. While she toned down her statement later, rising inflation has stoked fears that a rate hike might come sooner than many are currently expecting.

Notably, in her previous avatar as the Federal Reserve Chair, Yellen began increasing rates. She increased the rates for the first time in December 2015. His successor Jerome Powell also continued with the rate hikes even to the displeasure of President Trump.

“It may be that interest rates will have to rise somewhat to make sure that our economy doesn’t overheat,” said Yellen yesterday. She added, “Even though the additional spending is relatively small relative to the size of the economy, it could cause some very modest increases in interest rates.”

Later in the day, she clarified that her comments should not be seen as an interference in the functioning of the Federal Reserve. “If anybody appreciates the independence of the Fed, I think that person is me, and I note that the Fed can be counted on to do whatever is necessary to achieve their dual mandate objectives,” clarified Yellen.

Here it is worth noting that Powell has maintained his independence and went on increasing rates even as President Trump was reportedly planning to fire him. The rate hikes in 2018 and 2019 provided the Fed a lot of leeway in adopting an accommodative monetary policy in March 2020. The Federal Reserve’s rate cuts and monetary policy easing helped the US economy avert a catastrophe last year.

The Federal government also pitched in with trillions of dollars to stimulus to provide support to the US economy. That said, the fiscal and monetary policy extravagance that we saw in 2020 and continue to witness even now, cannot go forever without putting the long-term stability of the US financial system at risk. 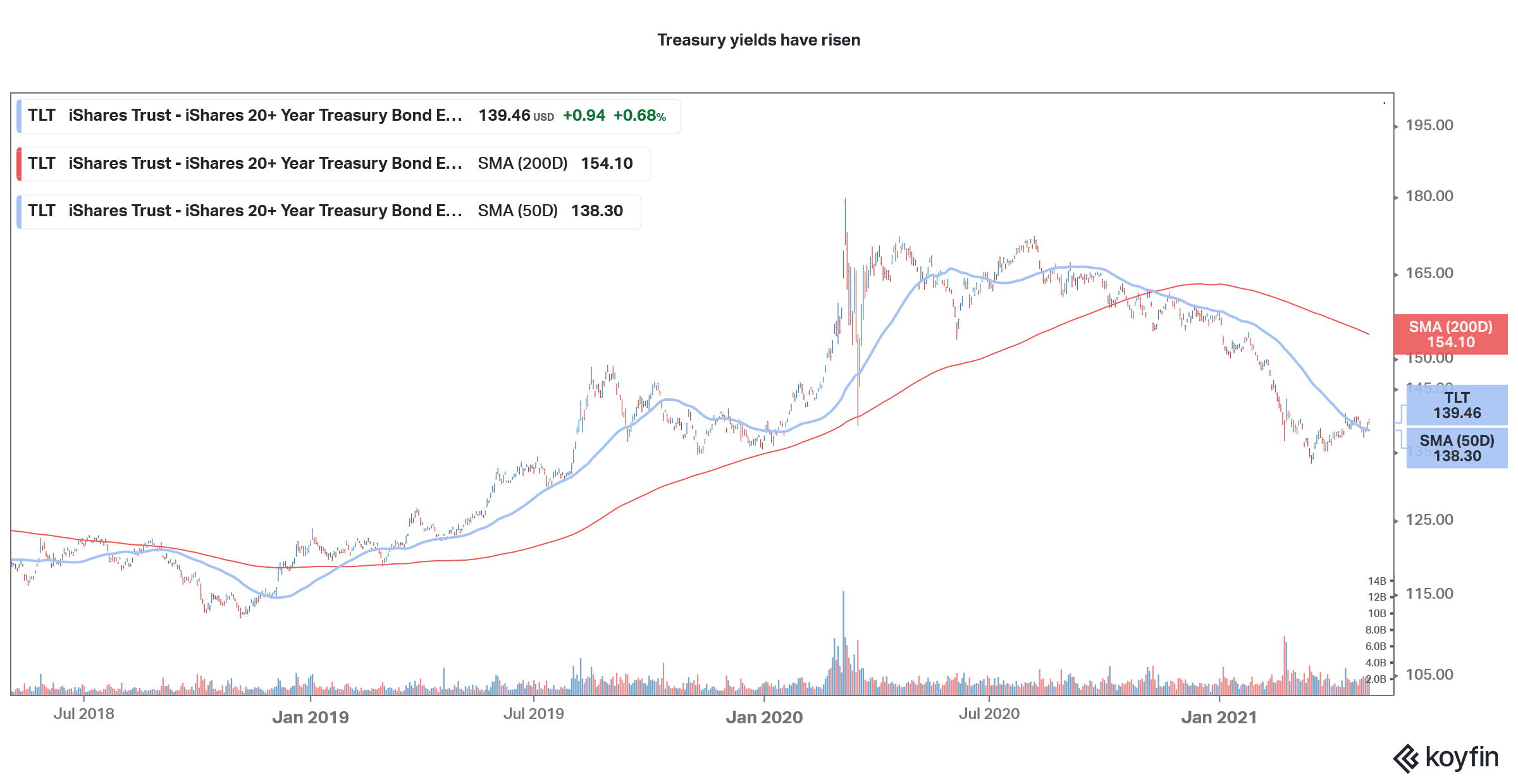 Even Berkshire Hathaway chairman Warren Buffett and his deputy have raised an alarm over the soaring fiscal deficit and inflation. “People have money in their pocket and they’re paying higher prices,” said Buffett on inflation. He added that “it’s almost a buying frenzy” and Berkshire Hathaway-owned companies have also been raising prices. Buffett admitted that inflation is currently higher “than people would have anticipated six months ago.”

Munger raised an alarm over the rising fiscal deficit during the annual meeting held over the weekend. “The Modern Monetary Theorists are more confident than they ought to be, too. I don’t think any of us know what’s going to happen with this stuff,” said Munger. According to the Modern Monetary theory, governments can raise unlimited money in the domestic currency.

Meanwhile, Buffett is not alone in seeing inflation as a risk. The Bank of America April Global Fund Manager Survey showed that 32% of fund managers see taper tantrum as the biggest risk. Inflation was listed as the second major tail risk by fund managers.

BlackRock’s chief investment officer of global fixed income Rick Rieder said that “every client” is worried about inflation and overheating. However, he agreed with the Fed’s view that some of the price hikes are transitory. “When you have a reopening like this, when you have a bid for copper and lumber and energy, you’re going to get some extraordinary numbers. And inventory levels have been drawn down across everything from houses to autos to anything retail, so you get a pop and I think most of that is a near-term impact,” said Rieder.

Biden is supportive of rate hikes?

Meanwhile, White House Press Secretary Jen Psaki said that President Joe Biden “certainly agrees with his Treasury secretary,” on the potential need for higher rates. On fiscal deficit, Yellen also said that “we need to pay for some of the things that we’re doing.” US fiscal deficit has climbed amid trillions of dollars of stimulus and spending initiated by Biden and Trump. The deficit is set to rise further as Biden plans to spend aggressively on revamping the country’s infrastructure.

Which stocks would benefit from higher inflation?

Metal prices have surged over the last few months so have the stock prices of steel, aluminum, and copper companies. Copper has topped the $10,000 per metric ton level for the first time in a decade. Jim Cramer, the host of the Mad Money show on CNBC, sees US steel companies like Cleveland-Cliffs and Nucor as inflation winners. He also listed Freeport-McMoRan, the largest US-based copper miner as an inflation winner.

Notably, Freeport-McMoRan finds itself in a sweet spot as incremental production from the Grasberg mine in Indonesia would hit the markets over the next two years at a time when copper prices are high.

Stocks that could lose if inflation rise more

Cramer listed grocery companies with low margins like Kroger and Albertsons as losers in an inflationary environment. Meanwhile, rising steel and copper prices are also negative for automakers like Ford and General Motors who are already battling production shutdowns due to global chip shortage.

Banks to benefit from rate hikes

Meanwhile, banks could stand to gain if rates rise. Typically banks borrow on the short end of the curve and lend on the long end. Higher long-term interest rates would help lift the margins for banks. Notably, after underperforming the markets in 2020, banks are outperforming in 2021 partially due to the rise in bond yields.

One section of the market that is at high risk from a potential rate hike, are speculative growth stocks. Many of the companies are enjoying exorbitant valuations despite posting either little or no revenues currently. A rate hike and the rise in bond yields would make these stocks less attractive. We’ve already seen a sector rotation from growth to value stocks as investors repositioned their portfolio amid rising bond yields.

Electric vehicle stocks like Tesla and NIO have looked weak this year even as legacy automakers like Ford and General Motors have outperformed.

Gold could lose sheen too in a rate hike

A rate hike could also lower gold’s investment appeal. The precious metal tends to do well in low interest rate environment. However, some investors tend to pivot their portfolio towards debt securities from gold when rates rise.

How to invest in commodities like gold amid rate hike fears

If you are not well versed in investing in commodities and still want to have exposure to them, you can consider ETFs. There are ETFs that give you exposure to a basket of commodities as well as those focused on a specific commodity like gold, copper, or oil.

By investing in an ETF, you get returns that are linked to the underlying index after accounting for the fees and other transaction costs. There is also a guide on how to trade in ETFs