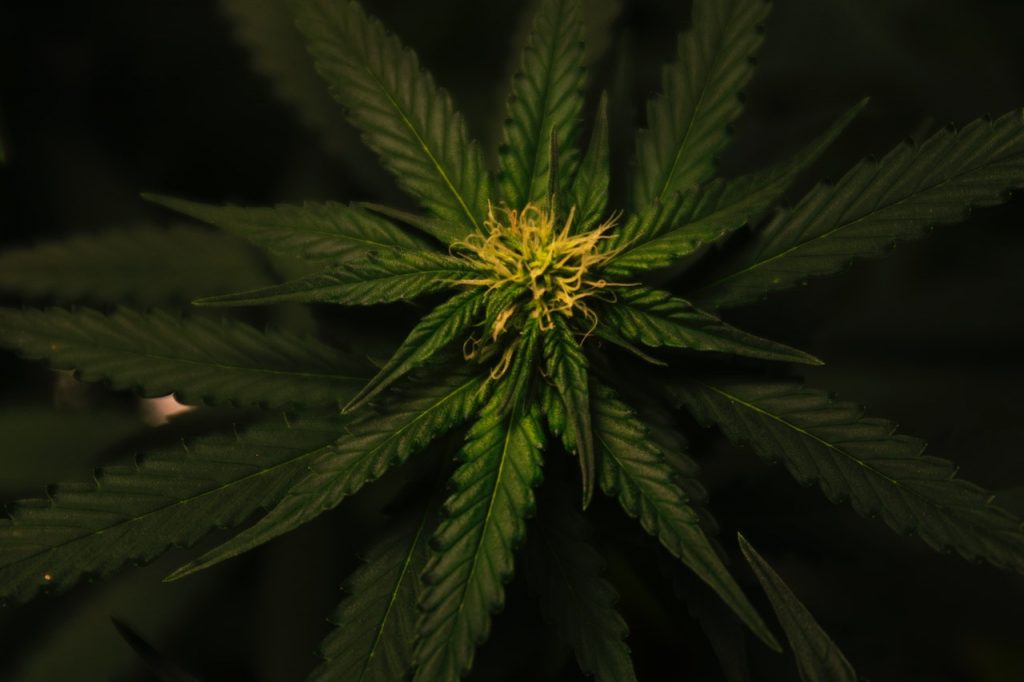 Tilray and Aphria have completed their merger that would create a marijuana powerhouse. What lies ahead for Tilray after its merger with Aphria?

While Aphria shareholders had approved the merger earlier in April, Tilray extended the merger voting date and also lowered the quorum requirement. Ultimately the merger was completed and Tilray now also trades on the Toronto stock exchange along with its primary US listing.

As for Aphria, it has stopped trading and all existing Aphria shareholders have received 0.8381 Tilray shares for every Aphria share that they held. Meanwhile, shareholders of Aphria hold the majority stake in Tilray now. Aphria’s CEO Irwin D. Simon is the new CEO and chairman of Tilray while Brendan Kennedy, the company’s CEO before the merger has joined the board.

Commenting on the merger Simon said “Our focus now turns to execution on our highest return priorities including business integration and accelerating our global growth strategy. Covid-19 related lockdowns have presented unique challenges across Canadian and German markets.”

Irwin Simon on the merger

He added, “As these markets begin to re-open, Tilray is poised to strike and transform the industry with our highly scalable operational footprint, a curated portfolio of diverse medical and adult-use cannabis brands and products, a multi-continent distribution network, and a robust capital structure to fund our global expansion strategy and deliver sustained profitability and long-term value for our stakeholders.”

Meanwhile, now as the merger euphoria has ended the focus would shift to Tilray’s fundamentals and how the company executes on the business plans including the $81 million annual pre-tax synergies that it forecasts within the next 18 months.

Also, the combined entity is posting losses and investors would watch out for cues on the path to profitability. Most of the cannabis companies are posting losses but investors have been buoyed by strong topline growth and prospects of federal marijuana legalization in the US.

Meanwhile, while cannabis stocks soared after Joe Biden’s election as the US president and continued their uptrend after the Senate runoff in January, they have since come under pressure and all cannabis stocks have fallen sharply from their 52-week highs. 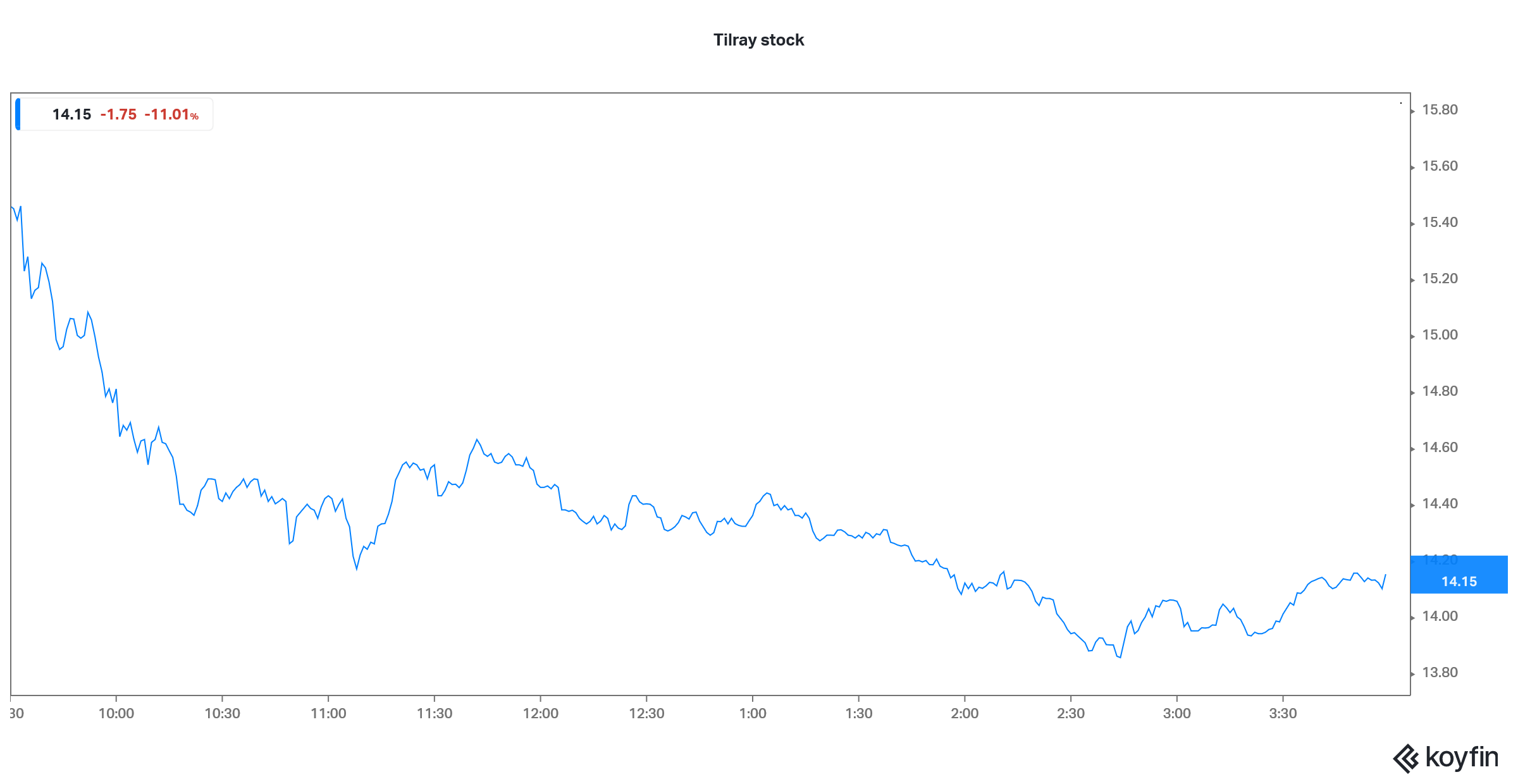 Tilray was targeted by WallStreetBets

Tilray was among the worst performer when it comes to drawdown from 52-week highs. That said, the stock had soared amid pumping by the Reddit group WallStreetBets and its stock price zoomed way above what it should have traded according to the merger ratio. As the short squeeze lived its course, Tilray stock crashed and the merger arbitrage with Aphria stock gradually disappeared.

All the stocks that were pumped by WallStreetBets including Zomedica and Sundial Growers have fallen sharply from their peaks. While a short squeeze can only influence the price action in the short term, there is a long term impact from the mania.

Coming back to Tilray stock, while it has been falling after the merger with Aphria, Jefferies has put its weight behind the cannabis company. Jefferies analyst Owen Bennett upgraded Tilray stock from underperform to outperform while forecasting a 60% upside in the pot stock.

“For us, when Aphria and Tilray combined, it was the perfect match. In Canada, a leading portfolio of brands, supported [by] an efficient cost structure. In Europe, the market is now picking up, while Tilray’s scale and Aphria’s unique German positioning make it perfectly suited to succeed,” said the analysts in their note.

Notably, Tilray has operations in Europe as well as North America. The company sells both recreational and medical use marijuana. Curaleaf is also expanding in Europe with its acquisition of EMMAC Life Sciences.

Sounding a bullish note on Tilray, Jefferies said “Tilray’s BS ($372mn cash) should support a near term entry into the US while the state by state structure persists. When full federal legalization comes, infrastructure/brand equity/awareness from its wider consumer businesses (hemp-food/CBD/alcohol) will then also be advantageous.”

How to trade in cannabis stocks

Tilray stock was trading over 6% higher in US premarket trading today. More analysts might take a bullish note of Tilray stock after the merger. While all marijuana stocks have tumbled after the euphoria over legalization, we could see some recovery in cannabis companies.

You can buy Tilray stock through any of the reputed online stockbrokers. Alternatively, if you wish to trade derivatives, we also have reviewed a list of derivative brokers you can consider.

Through a marijuana ETF, you can diversify your risks across many companies instead of just investing in a few companies. While this may mean that you might miss out on “home runs” you would also not end up owning the worst-performing stocks in your portfolio. The AdvisorShares Pure Cannabis ETF (YOLO) is one ETF that invests in marijuana companies.