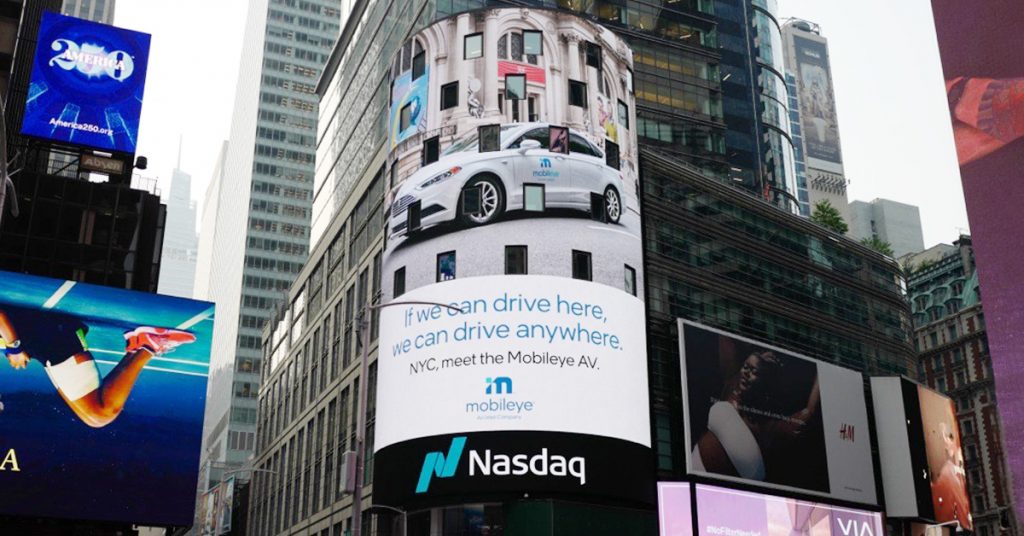 Intel stock was trading sharply lower in the US early price action today as markets gave a thumbs down to its quarterly earnings and guidance. Should you buy the dip in Intel stock?

The global semiconductor industry is currently in an upcycle. Chip demand has received an impetus from strong economic growth as well as the digital transformation. The increasing production of electric and autonomous cars is also leading to higher chip demand. Also, the supply hasn’t kept the pace which had led to a demand-supply mismatch. Intel expects the chip shortage situation to stretch into 2023.

“There are more whitewater moments ahead for us that we have to navigate,” said CEO Jim Farley during Ford’s first-quarter earnings call. He added, “The semiconductor shortage and the impact to production will get worse before it gets better.”

“There’s never been a more exciting time to be in the semiconductor industry. The digitization of everything continues to accelerate, creating a vast growth opportunity for us and our customers across core and emerging business areas. With our scale and renewed focus on both innovation and execution, we are uniquely positioned to capitalize on this opportunity, which I believe is merely the beginning of what will be a decade of sustained growth across the industry,” said Intel CEO Pat Gelsinger.

He added, “Our second-quarter results show that our momentum is building, our execution is improving, and customers continue to choose us for leadership products.” 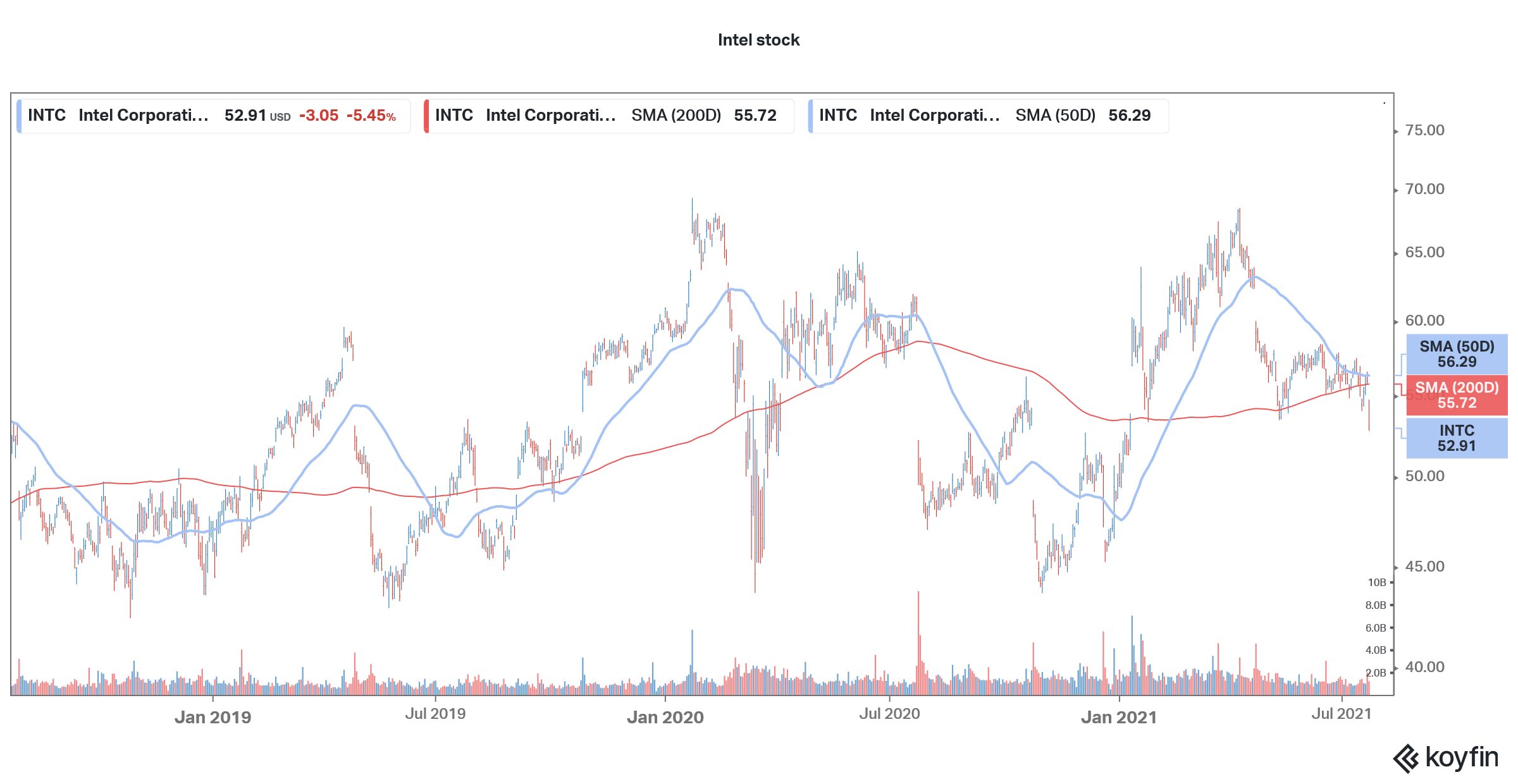 Intel also upwardly revised its 2021 revenue guidance to $73.5 billion which was $1 billion higher than its previous guidance. The company had increased the guidance by $500 million during the first-quarter earnings call also. Intel also increased its 2021 EPS guidance to $4.8 from $4.6. Meanwhile, the company said that it expects non-GAAP gross margins at 55% in the third quarter which is below the 59.2% that it posted in the second quarter.

The tepid gross margin guidance seems to be taking a toll on the stock today. Historically, the company’s margins have been in the ballpark of 60%. However, chipmakers are facing margin pressure as they ramp up investments.  Margin pressure on chipmakers was also evident when TSMC reported its earnings last week.

Intel is rumored to buy GlobalFoundries which is a major chip. During Intel’s earnings release, Gelsinger said that “At this point, we would not say M&A is critical, but nor would we rule it out. He added, “Our view is that industry consolidation is very likely.”

Meanwhile, the PC market is looking strong which bodes well for companies like Intel. The company’s PC unit sales increased 33% in the second quarter as compared to the corresponding quarter in 2020. “Even as people go back to work, they’re largely going back to hybrid work,” said Gelsinger. He added, “We see that continuing, this need for PC density, for [more] PCs per household.”

Intel has an average price target of $59.96 according to the data from TipRanks. The target price is a premium of 13% over current prices.

Analysts don’t seem bullish on Intel’s earnings. Bank of America, Jefferies, Evercore ISI, Truist, and Wells Fargo lowered Intel’s target price after its second-quarter earnings. Barclays’s analyst Blayne Curtis lowered Intel’s target price from $58 to $50 and said that he does not agree with the “sunny outlook from management” when the “PC market is already correcting, process struggles continue, and the Foundry strategy makes little sense to us.”

That said, Intel stock looks like a good buy after having fallen sharply from the peaks. The dip today could be an opportunity to buy and hold the stock for the long term.

You can buy Intel stock through any of the best online stockbrokers. Alternatively, if you wish to trade derivatives, we also have reviewed a list of derivative brokers you can consider.