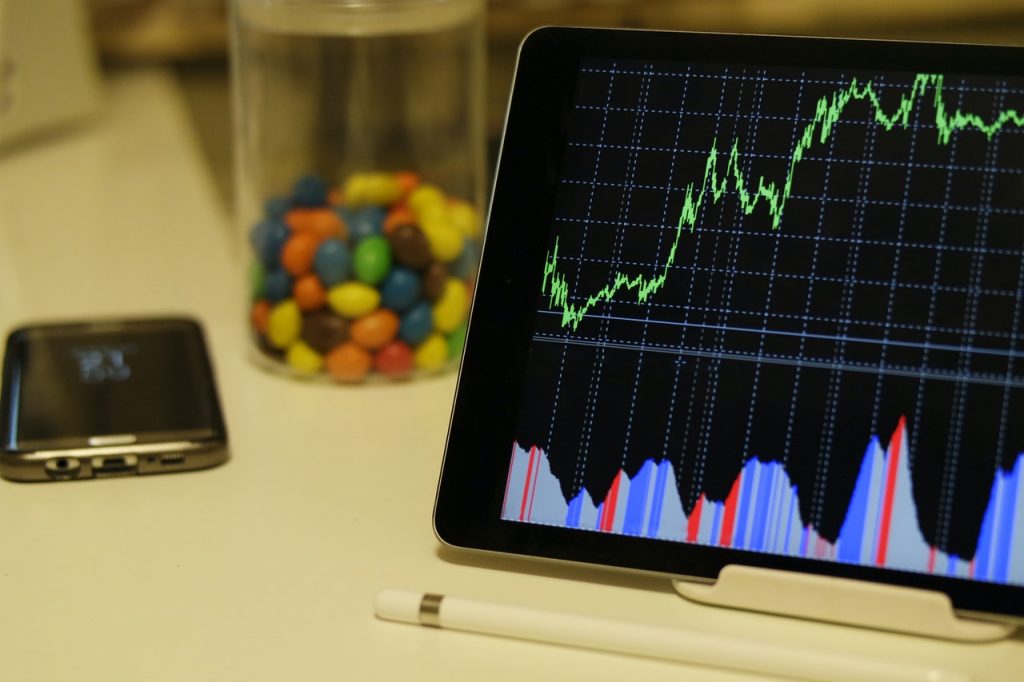 2021 was a very volatile year for US stock markets. However, despite the COVID-19 pandemic, they rose to a record high. Here’s what drove the markets in 2021.

The year started off well for US stock markets and they hit new record highs continuing their positive momentum from 2019. Markets ignored several risks including geopolitical tensions and the emergence of coronavirus in China.

Then came the crash in stock markets

However, towards the end of February, as the coronavirus pandemic started to spread globally, US stock markets started to tumble. When the markets started to fall, nobody really expected it to be as severe. In an interview in February, Warren Buffett said that he does not expect the pandemic to have a long-term impact.

He even sounded positive on the aviation sector. Commenting on airline companies, he said, “The real question is you know, how many passengers are they gonna be carrying ten years from now and 15 years from now and what will margins be and– what will the competitive position be?” However, in April, the Oracle of Omaha as Buffett is known, sold all the four airline companies that he was holding.

US stock markets started to recover

US stock markets bottomed out on 23 March. The Federal Reserve acted swiftly and lowered rates back to zero bound where they were between 2008-2015 when then Fed chair Janet Yellen started to raise rates. The Federal Reserve also took several other measures to restore sanity in US markets.

Then we got the $3 trillion fiscal stimulus package that helped the US economy falling into an even deeper recession. The fiscal and monetary easing led to a wave of liquidity that found its way into financial assets especially stock markets.

US stock markets staged a comeback

US stock markets bounced back sharply from their March lows. Along with the massive liquidity, the rerating of tech stocks helped the markets move higher. The mega-cap tech companies like Apple, Amazon, and Microsoft rose sharply amid the increased pace of digitization during the pandemic. While cyclical stocks continued trade weak, the rise in tech stocks was enough to pull out the US stock markets from their slump. 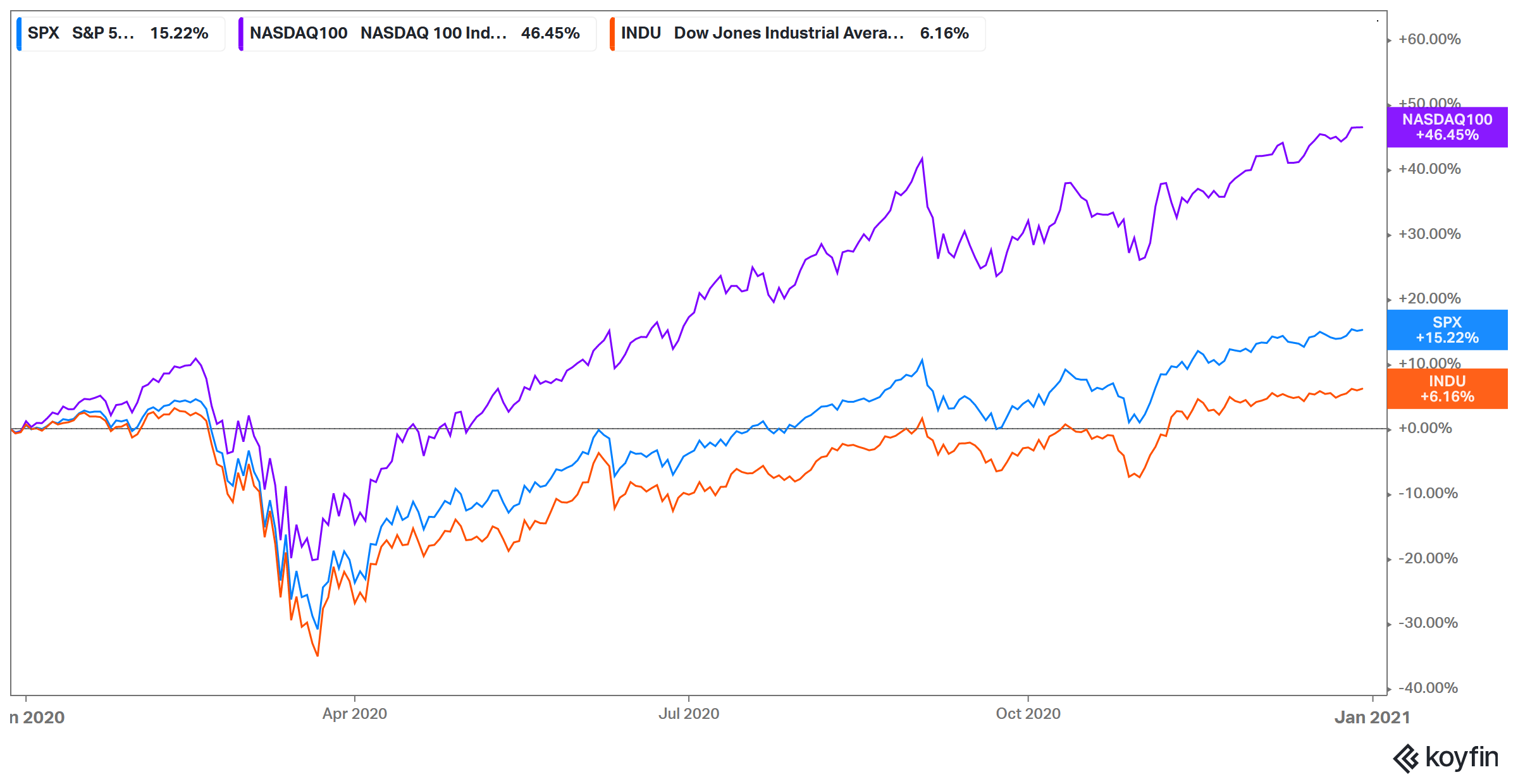 Many doubted the recovery

Meanwhile, many leading fund managers doubted the recovery in US stock markets. Paul Tudor Jones, Stanley Druckenmiller, Jim Rogers, and Mark Cuban were among those who predicted that US stock markets would fall again. Even the IMF (International Monetary Fund) sounded an alarm over the disconnect between stock markets and the economy. The IMF said, “This disconnect between markets and the real economy raises the risk of another correction in risk asset prices should investor risk appetite fade, posing a threat to the recovery.”

But US stock markets continued to rise

Defying pessimists, US stock markets continued to rise. After the Nasdaq hit record highs, the S&P 500 and Dow Jones also made new record highs in 2021. While tech stocks led the rally until about September, there was a rotation into cyclical stocks thereafter. Positive news over COVID-19 vaccine candidates led to a rally in cyclical and value stocks. While tech stocks sold off somewhat, markets continued to move high.

Joe Biden’s election as the US president also supported the rally in US stock markets, Prior to the elections, the general belief was that markets would crash if Biden were to be elected given his views on raising corporate and capital gains taxes. Also, there were fears that Trump might contest the elections if he wasn’t elected.

While Trump hasn’t yet conceded defeat, Joe Biden’s victory helped remove a big uncertainty for markets. Green energy and cannabis stocks especially rallied after Biden’s election. Biden has vowed billions of dollars in investments towards the green economy. The Democrats are also more favourable towards marijuana legalization as compared to the Republicans.

What to expect from US stock markets in 2021?

As we head into 2021, we could see recovery in cyclical plays as vaccination gains pace and the recently passed $900 billion stimulus bill trickles down into the US economy. There are several strategies through which you can play the sector rotation to cyclical stocks. You can buy stocks of cyclical companies that trade at reasonable valuations You can buy stocks through any of the best online stockbrokers.

Also, if you are not well equipped to research stocks or want to avoid the hassle of identifying and investing in stocks, you can pick ETFs that invest in value stocks, cyclicals, and industrials to play the sector rotation from tech.

Watch out for green energy and marijuana stocks

Green energy stocks rallied after Biden’s election and look good as we enter into 2021. Commodities have also shown strong momentum and look in an uptrend. The commodities that are used in the green energy ecosystem like copper, lithium, and cobalt might perform well in 2021 also.