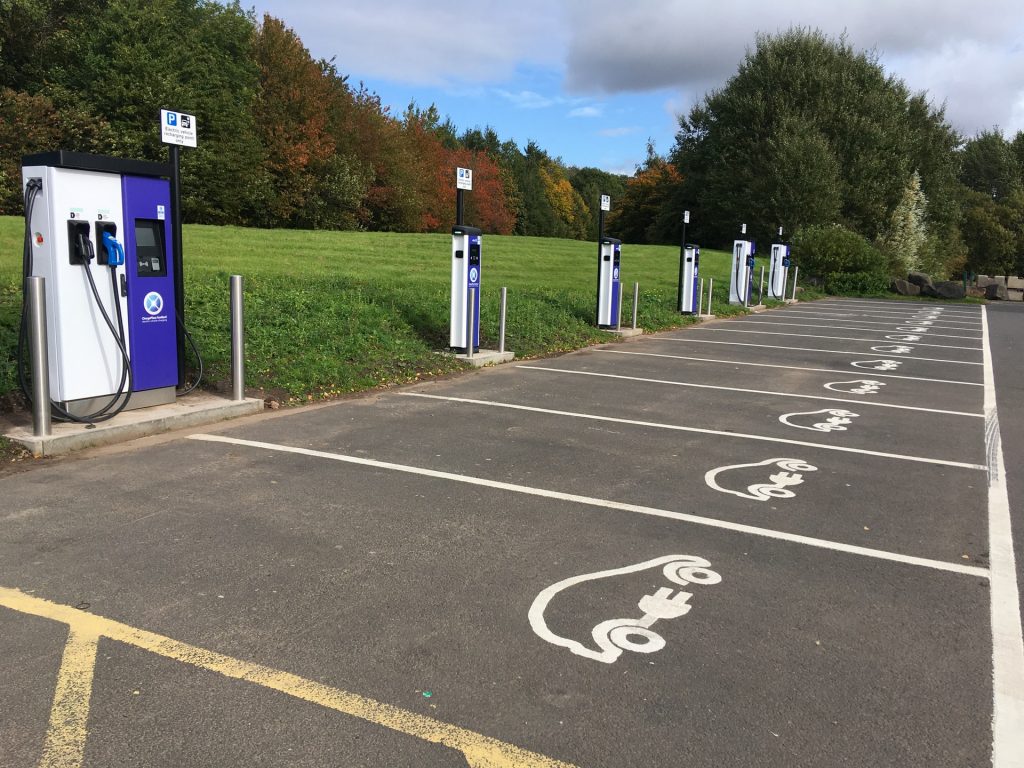 After a strong 2020, electric vehicle companies have started 2021 on a mixed note. While electric vehicle producers like Tesla, NIO, and XPeng Auto gained on the first trading day of the year, many of the companies that listed through the SPAC route including QuantumScape, Romeo Power, Canoo tumbled.

To be sure, the sell-off in electric vehicle SPACs began in December only. There were clear signs of a bubble with the market capitalization of battery maker QuantumScape soaring over that of Ford Motors. Last year, Nikola, which does not have any real current revenues to show, also saw it’s market capitalization rise above that of Ford. Since then, Nikola, which also listed in 2020 through the merger with a SPAC has fallen sharply.

In December, Jim Cramer, the host of Mad Money show suggested booking profits in some of the electric vehicle SPACs. “Speculative stocks can get overheated, which is why it’s important to take profits while you have them,” Cramer had said. He added, “These stocks have gotten out of control, so I’m begging you to take something off the table.” 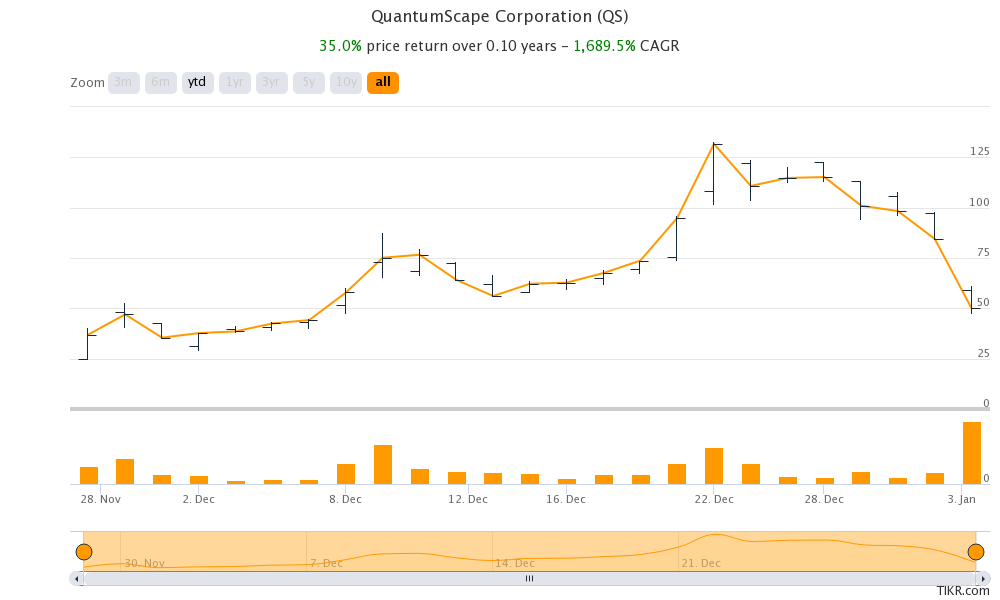 Meanwhile, most of the electric vehicle SPAC names are down sharply from their December highs. Battery maker QuantumScape lost over 40% yesterday and is now down over 62% from the December highs. The stock now has a market capitalization of a little over $18 billion.

“That’s why I told you to be disciplined and ring the register at $76. It’s now at $51. I think the stock’s worth buying into weakness, but you can afford to be patient here. It’s still worth more than $18 billion, despite having no meaningful sales, let alone profit,” said Cramer on QuantumScape after the stock plunged yesterday.

To be sure, QuantumScape is not the only electric vehicle SPAC name that is having a tough time. Romeo Energy, another battery maker that listed on the last trading day of 2020 is also having a dismal run. After falling sharply on its listing day, it continued its bad run in 2021 also falling over 15% yesterday.

Is the electric vehicle bubble about to burst?

Canoo, another electric vehicle company that listed through the SPAC route also lost 9.4% yesterday. It is now down almost 50% from its 52-week highs of $24.90 and is getting near its 52-week low of $9.21. Looking at other SPAC names, Fisker, Lordstown Motors, and Nikola have also fallen sharply from their 52-week lows.

Chinese electric vehicle makers like NIO, XPeng Auto, and Li Auto also came off their 2020 highs in December. All these companies issued shares towards the end of the year to capitalize on their soaring stock price. In the case of NIO, it was the third ADS (American Depository Share) issuance of the year.

Meanwhile, Tesla also issued shares thrice last year and turned negative on the net debt. The company’s cash is now more than its debt which looks remarkable as many predicted the company to go bankrupt a couple of years ago. Incidentally, Tesla was among the rare electric vehicle companies that closed at their record highs in 2020. After a 740% rally last year, which took its market capitalization above the combined market capitalizations of leading automakers, Tesla has continued its momentum in 2021 and made a new record high on the first trading day of the year.

To be sure, the sharp rally in Tesla stock led to a rally in other electric vehicle stocks in 2020. Markets rerated EV stocks assigning them valuations multiples usually reserved for high growth tech companies that have high gross margins. However, electric vehicle companies might never be able to report the kind of margins that tech companies enjoy given the capital-intensive nature of the business.

Can electric vehicle SPACs bounce back?

“The electric-vehicle SPAC plays got incredibly overheated late last year, so when you see them cooling off like they did today … it’s actually a sign of health,” said Cramer after the sell-off in electric vehicle SPAC names.

Some of these stocks might bounce back. Canoo, for instance now has a market capitalization of less than $3 billion. It offers a subscription-based model for electric vehicle ownership and could be a niche play in the market. Romeo Power stock also looks well placed and the valuations seem reasonable.

Nikola stock could also surprise on the upside in 2021. 2020 was a dramatic year for the company amid fraud allegations by Hindenburg Research and the eventual separation of its founder Trevor Milton from the company.

JP Morgan, which expects Tesla stock to fall almost 90% from its current levels, expects Nikola to more than double in 2021. Analyst Paul Coster of JP Morgan expects 2021 “to be less drama-filled and to turn generally positive” year for the “Tesla of Trucking” as Nikola is known.

Coster expects a “steady flow of updates for the truck in 2021, as test milestones are met, as production ramps in Ulm, and as customers submit orders in midyear and expects Nikola to have “at least nine trucks for testing by end of the 1Q21.”

You can trade in QuantumScape through any of the reputed online stockbrokers. Alternatively, if you wish to trade derivatives, we also have reviewed a list of derivative brokers you can consider.