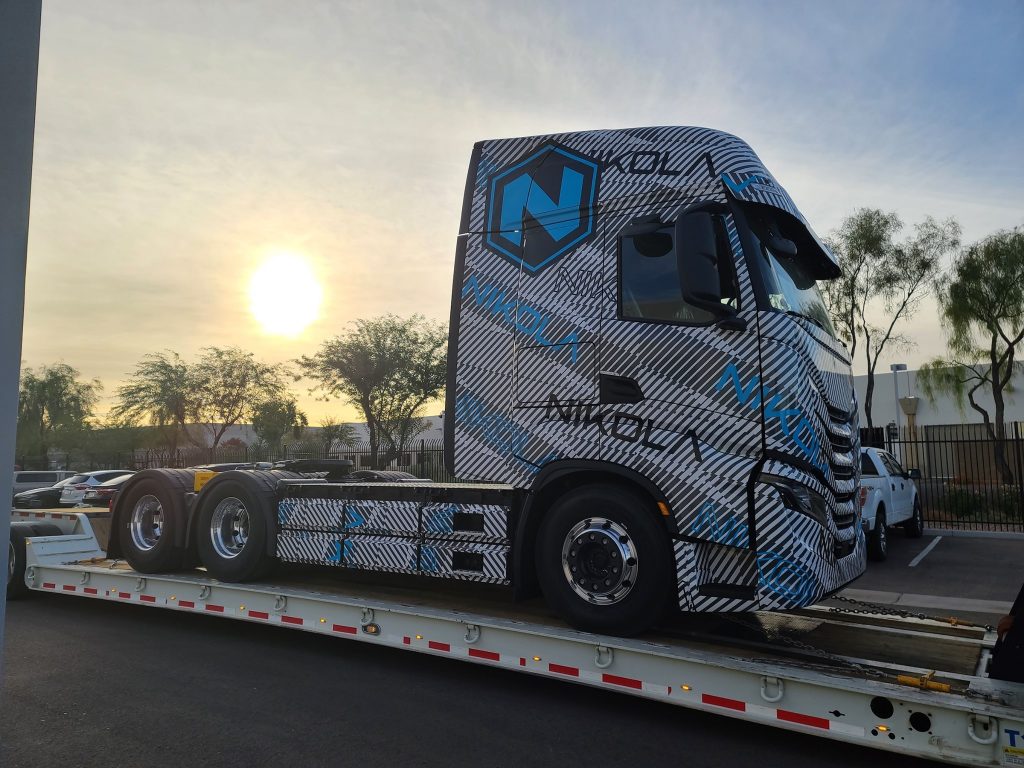 Nikola stock surged over 19% on Monday after a bullish note from JP Morgan. The stock is, however, down sharply from its 2020 highs. Can Nikola deliver good returns in 2021?

However, the “Tesla of Trucking” as Nikola is known as came under pressure in the second half of the year. To be sure, there were always concerns about the company’s valuation. At its peak, Nikola’s market capitalization surged above that of Ford. Ford is the second largest automaker in the US. It has many best-selling models in its portfolio including the F-150 which is America’s bestselling semi-truck for decades. Ford is also coming up with an all-electric model of the F-150 that would compete with Tesla’s Cybertruck.

Nikola faces a flurry of issues

Short-seller Hindenburg Research accused Nikola of fraud in its report in September. “We believe Nikola is an intricate fraud built on dozens of lies over the course of its Founder and Executive Chairman Trevor Milton’s career,” said Hindenburg in its report.

Hindenburg added, “We have gathered extensive evidence—including recorded phone calls, text messages, private emails and behind-the-scenes photographs—detailing dozens of false statements by Nikola Founder Trevor Milton. We have never seen this level of deception at a public company, especially of this size.”

Hindenburg’s claims led to a sell-off in Nikola stock. Its founder Milton eventually left the company. Incidentally, Hindenburg made the claims a few days after General Motors announced a $2 billion investment in Nikola. In December, General Motors scaled down its partnership with Nikola that led to further sell-off in its stock.

Meanwhile, JP Morgan sees 2021 to be a less dramatic year for the company and is forecasting a massive upside. JP Morgan analyst Paul Coster expects 2021 “to be less drama-filled and to turn generally positive” for Nikola. He expects a “steady flow of updates for the truck in 2021, as test milestones are met, as production ramps in Ulm, and as customers submit orders in midyear.” Coster expects Nikola to have “at least nine trucks for testing by end of the 1Q21.”

Coster is not too perturbed by the scaled down partnership between Nikola and General Motors and the abandoned deal with waste collection company Republic Services. “Both partnerships were hastily thrown together by the founder, and committed NKLA resources to non-strategic initiatives,” said Coster. He added, “We believe Nikola was prudent to exit these arrangements, preserving cash for execution of the Class 8 truck initiative.”

Coster lowered his price target on Nikola by $5 to $35. Even the scaled down target price implies an upside of 113% over the stock’s yesterday closing prices. According to the estimates compiled by TipRanks, Nikola’s average price target is $26.67 which represents a potential upside of 62%.

This month, there has been a rally in some of the SPACs like QuantumScape, Arrival, Luminar, and Canoo. Jim Cramer, the host of Mad Money show on CNBC advised taking profits in these stocks.

“Speculative stocks can get overheated, which is why it’s important to take profits while you have them,” said Cramer on these stocks.

“These stocks have gotten out of control, so I’m begging you to take something off the table,” said Cramer. He added, “You can always get back in at lower levels, and I’m very confident that lower prices could be in the cards.”

As highlighted by JP Morgan, 2021 would be a year of execution for Nikola. The company needs to deliver on the execution part which can be a hard part for electric vehicle companies. Even Tesla went through what its CEO Elon Musk called a “production hell” during the Model 3 ramp-up.

Musk has admitted that he was planning to sell Tesla to Apple amid the production issues for Model 3. The stock has risen multi-fold since then as Tesla resolved the production bottlenecks. The company has moved up the learning curve fast and used the know-how in developing the China Gigafactory in record time. Tesla is now coming up with new Gigafactories in Berlin and Texas.

Nikola now needs to prove its operational capabilities after the initial hype over its electric vehicles led to a spike in the stock price. Execution would be the keyword as Nikola enters into 2021.

You can trade in Nikola stock through any of the reputed online stockbrokers. Alternatively, if you wish to trade derivatives, we also have reviewed a list of derivative brokers you can consider.