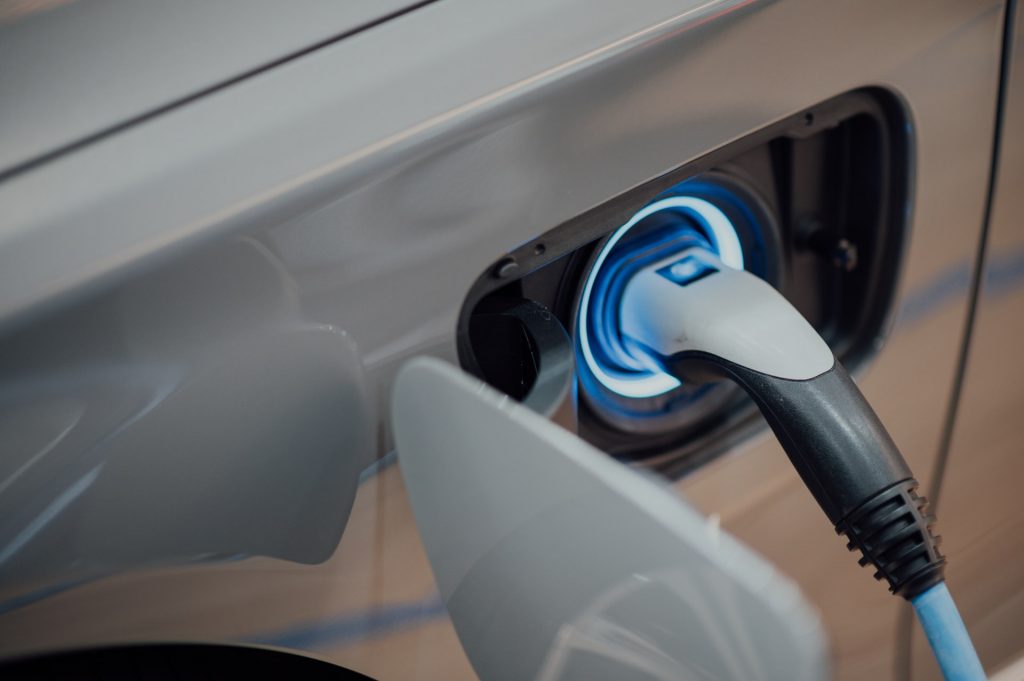 Chinese EV (electric vehicle) companies including NIO, Li Auto, and XPeng Motors have released their June deliveries. While all the companies reported better than expected deliveries, their stocks did not react favorably.

Li Auto released its June delivery report today. The EV company delivered 7,713 Li ONEs in the month which were 320% higher than the corresponding period in 2020. It was a new monthly record for the company and it reported an order intake of 10,000 cars in the month which again is a new record high.

Li Auto reported a total of 17,575 deliveries for June which were 166% higher than the corresponding period in 2020. The deliveries increased almost 40% as compared to the previous quarter and were ahead of the guidance. Li Auto had previously said that it expects between 14,500-15,500 in the second quarter. It had delivered 4,323 EVs in May and 5,539 cars in April. The company’s May deliveries were lower than April due to the chip shortage situation.

Among other Chinese EV companies, NIO also reported sequentially lower deliveries in May. However, XPeng Auto had reported more deliveries in May as compared to April. Commenting on the delivery report Yanan Shen, co-founder and president of Li Auto said: “On the day that marks Li Auto’s sixth anniversary, I’m pleased to share with you that thanks to strong user endorsement for the 2021 Li ONE, we set records in deliveries and new orders in June, the first full month of sales for the 2021 Li ONE after its launch.”

XPeng Motors released its June deliveries yesterday. It delivered 6,565 EVs in the month which was 617% higher than the corresponding period in 2020. It was a record month for XPeng Motors. Its deliveries in the second quarter also soared 439% to a record of 17,398 vehicles. The company had given guidance of selling between 15,500-16,000 EV in the second quarter. While XPeng stock rose in early trade yesterday, it fell towards the latter half of the day.

Meanwhile, XPeng delivered fewer cars than Li Auto in the month. Among the three main Chinese EV companies listed on the US exchanges, XPeng slipped to the third rank in terms of June deliveries.

In its release, XPeng said “The Company plans to launch the G3i SUV, the new mid-phase facelift version of G3, in July 2021, with deliveries planned for September this year. XPeng also plans to launch its third production model, the P5 family-friendly smart sedan, in the third quarter 2021 with deliveries expected in the fourth quarter 2021.” The Chinese EV company added, “Upon delivery, the P5 will be the world’s first mass-produced Smart EV equipped with auto-grade LiDAR technology.” Meanwhile, Tesla’s CEO Elon Musk hasn’t been a fan of lidar technology.

NIO, which is the most valuable Chinese EV stock listed on the US markets, also released its June deliveries yesterday. It delivered 8,083 vehicles in the month which took its second-quarter deliveries to 21,896. The deliveries were ahead of the guidance. That said, Chinese EV companies generally provide conservative guidance and end up posting better than expected deliveries.

Tesla is also soon expected to release its second-quarter deliveries. Unlike Chinese EV companies that provide monthly delivery reports and give quarterly guidance, Tesla gives annual guidance and provides quarterly production data. The company pushes to prop up the delivery numbers towards the end of the quarter through marketing schemes like free supercharging. 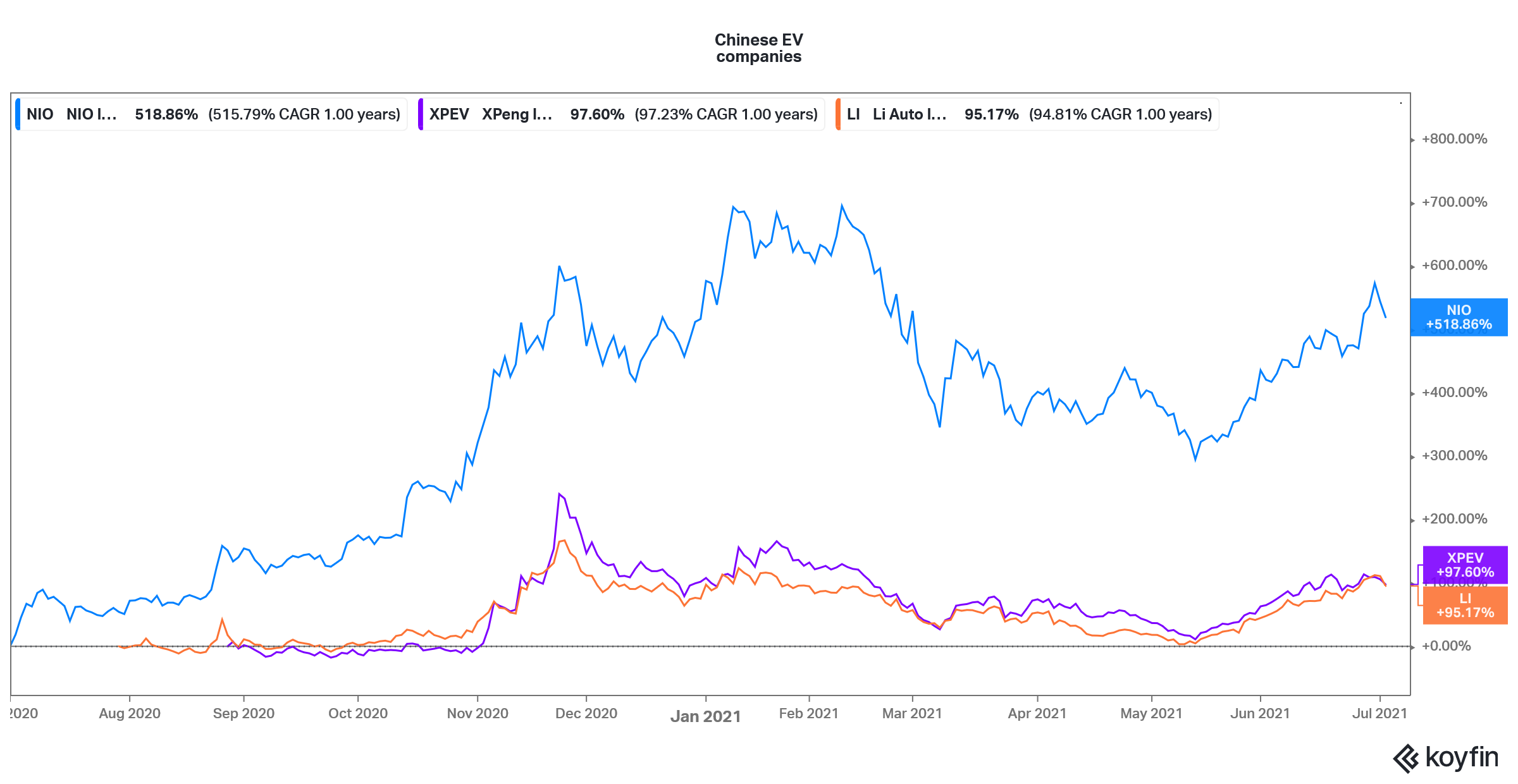 Watch out for Tesla after Chinese EV companies

After the delivery reports from Chinese EV companies, all eyes will be on Tesla’s delivery report. There have been reports that the company is losing market share in the US to newly launched models from rivals. Also, it has been facing a customer backlash in China, its second-largest market where an irate customer protested at the Shanghai Auto Show.

The company had dismissed the allegations, to begin with, but took a more conciliatory approach soon. “The arrogant and overbearing stance the company exhibited in front of the public is repugnant and unacceptable, which could inflict serious damage on its reputation and customer base in the Chinese market,” said China’s state-owned Global Times on what was perceived to be arrogant behavior by some Chinese consumers.

Tesla facing a backlash in China

Tesla’s sales in China had fallen sharply in April and the net orders were almost in May fell to 9,800 from 18,000 in April. However, Cui Dongshu, secretary-general of the China Passenger Car Association tried to play down the fewer orders and forecast that Tesla sold over 10,000 units in China in May.

Tesla’s second-quarter delivery report would tell the markets how the EV giant is coping with chip shortage on supply hand, and higher competition and consumer backlash on the demand side.

Vehicle electrification is among the most promising investing theme for the next decade. You can invest in EV stocks through any of the reputed online stockbrokers. Alternatively, if you wish to trade derivatives, we also have reviewed a list of derivative brokers you can consider.