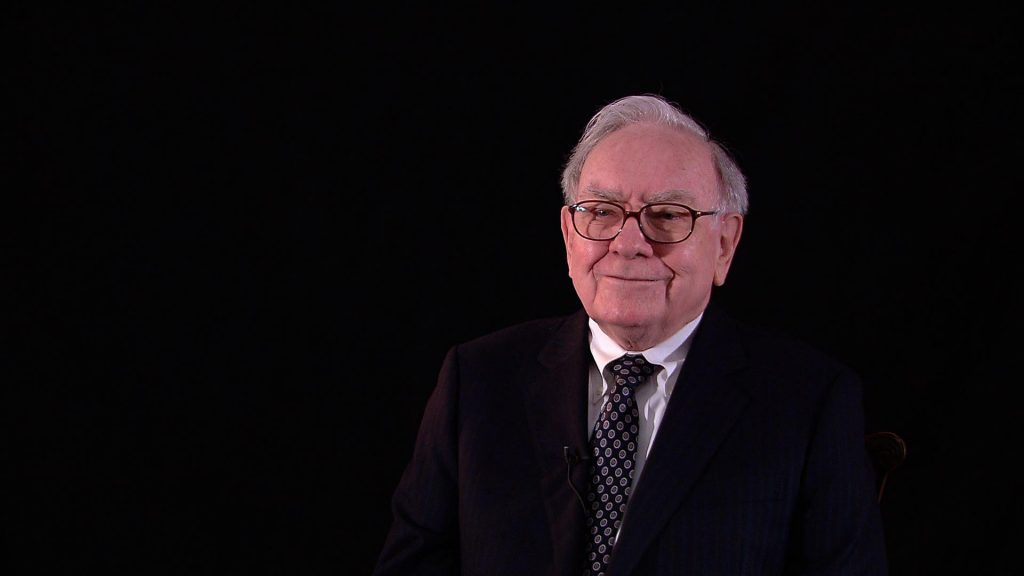 Berkshire Hathaway released its fourth quarter 13F yesterday after the markets closed. The filing had many surprises for the markets.

Berkshire Hathaway has made many surprise decisions over the last two years and the fourth quarter was no exception. The Warren Buffett-led company made a big investment in Verizon in the quarter.

Berkshire Hathaway sold 57.16 million Apple shares in the fourth quarter of 2021. However, Apple continues to be the biggest holding for the company accounting for over 43% of its total holdings of publicly traded companies.

Warren Buffett started buying Apple stock in 2016 and gradually increased the stake. However, the company hasn’t brought any Apple shares since the third quarter of 2018. Buffett did not buy more Apple stocks in Q4 2018 even as the shares fell over 30% in the quarter. The Oracle of Omaha, as Buffett is known as, was waiting for better prices but markets haven’t granted him the wish.

Since the third quarter of 2018, Berkshire Hathaway has been gradually trimming its stake in Apple. However, Apple has continued to be the biggest holding in the company’s portfolio and it has grown into Apple’s second largest shareholder.

Berkshire Hathaway has revealed an $8.6 billion stake in Verizon. The company also added Chevron shares in the fourth quarter and held $4.1 billion worth of Chevron at the end of 2021. Another new investment that Berkshire Hathaway disclosed was insurance broker Marsh & McLennan where it held a $499 million stake at the end of 2021. The company had started buying these companies in the third quarter of 2021 only but they were kept a secret. The holdings were revealed only in the fourth quarter 13F.  Apart from these companies, Berkshire Hathaway also opened a new position in EW Scripps.

Verizon is now the sixth largest company in Berkshire Hathaway’s portfolio. Historically, consumer companies and financials have been the top holdings for Warren Buffett. Buffett also sees Apple as a consumer company and not as a tech company.

However, the COVID-19 pandemic seems to have changed that. Berkshire Hathaway fully exited JP Morgan Chase, M&T Bank, and PNC Financial Services in the quarter. It also sold over 58% of the shares that it was holding in Wells Fargo.

Berkshire Hathaway has been gradually trimming its stakes in banking stocks. Over the last year, it has fully exited the position in Goldman Sachs and has been trimming its stake in Wells Fargo. However, it added more Bank of America shares over the period.

Berkshire Hathaway also exited the investment in Barrick Gold. The company had added Barrick Gold in the second quarter of 2021 only but sold some shares in the next quarter only.

Usually, it holds stocks for the long term. However, there have been instances when the company has sold stocks much sooner. Apart from Barrick Gold, the company had exited Oracle stock in 2018 within a quarter of buying the stake. Notably, Berkshire Hathaway’s investment in Barrick Gold had surprised the markets as Buffett holds a very pessimistic view of gold.

According to Buffett, gold “doesn’t do anything but sit there and look at you.” He has also scoffed at the precious metal’s long term performance where it has underperformed the S&P 500 by a wide margin.

Other buys and sells for Berkshire Hathaway

Berkshire Hathaway also exited the position in Pfizer that it had taken last year only. However, it added more shares of Merk, T-Mobile, and AbbVie Inc, Kroger, RH, and Bristol-Myers Squibb. The company had added RH shares in 2019 only and has continued to increase the stake.

Meanwhile, despite spending billions of dollars on buying stocks as well as repurchasing its shares, Berkshire Hathaway continues to sit on a massive cash pile. 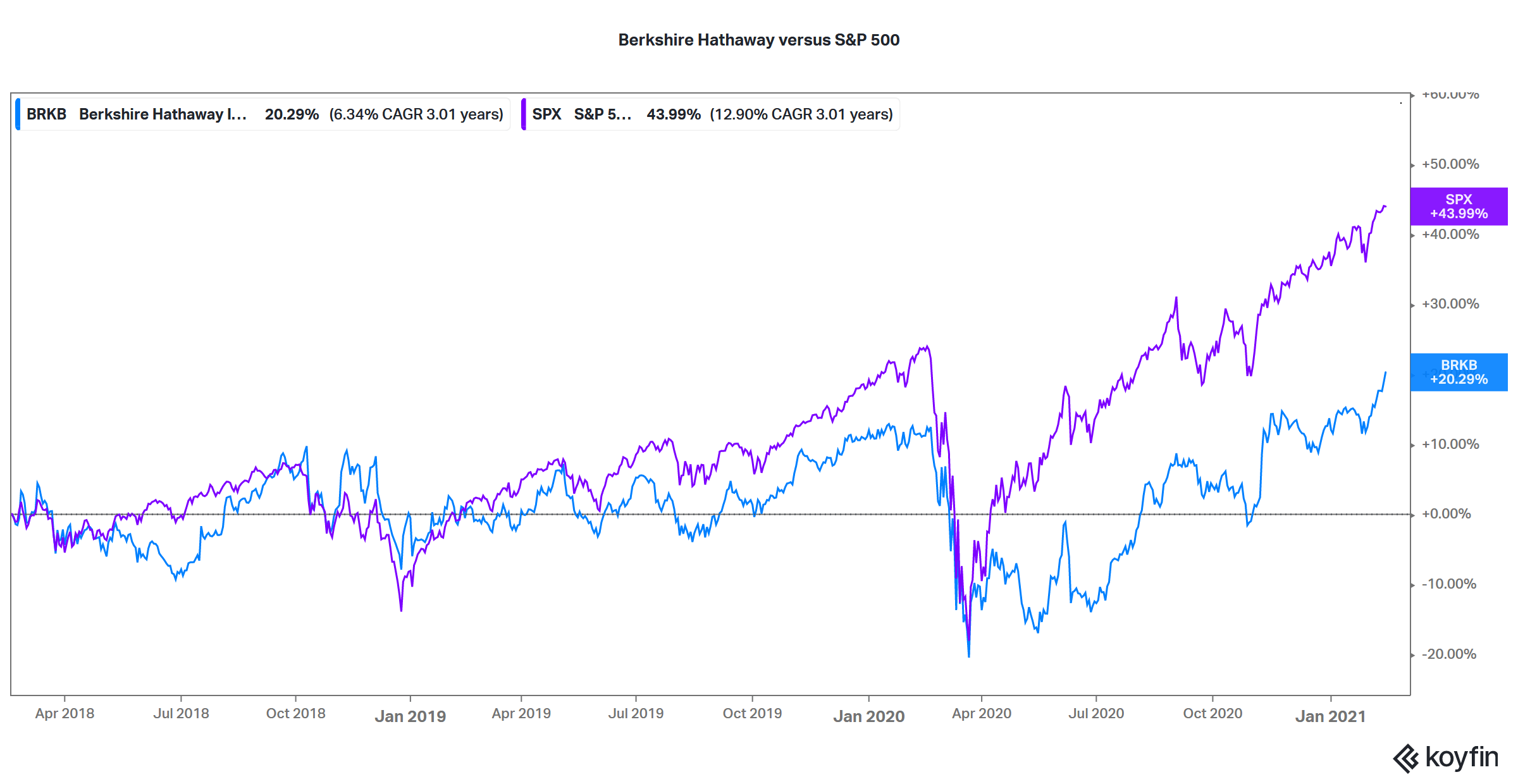 Other surprise moves from Berkshire Hathaway in 2021

Last year, Buffett made several surprise moves. To begin with, the company was a net seller of stocks in the first and second quarters of 2021. While Buffett has long preached to be greedy when others are fearful, he apparently did not follow his own advice last year.

The five companies Sumitomo Corp, Itochu Corp, Mitsui & Company, Marubeni Corp, and Mitsubishi Corp are known as “sogo shosha” and import food, metals, and textiles. While Berkshire Hathaway has made some gains on the investments in these companies, they are underperforming the Nikkei Index that is trading at multi-year highs.

Meanwhile, last year, Berkshire Hathaway invested in the IPO of cloud company Snowflake. The move surprised markets as Buffett has a very pessimistic view of IPOs and has also refrained from investing in tech companies.

Berkshire Hathaway stock underperformed S&P 500 by a big margin in 2019 and 2021. According to Buffett, retail investors who lack the time and skills to invest directly in stocks should opt for an S&P 500 index fund or an ETF.

As an alternative, you can look at ETFs like the SPDR S&P 500 ETF trust that invests in S&P 500 companies.

Through an S&P 50 ETF, you can diversify your risks across many companies instead of just investing in a few stocks. By investing in an ETF, one gets returns that are linked to the underlying index after accounting for the fees and other transaction costs. There is also a guide on how to trade in ETFs.