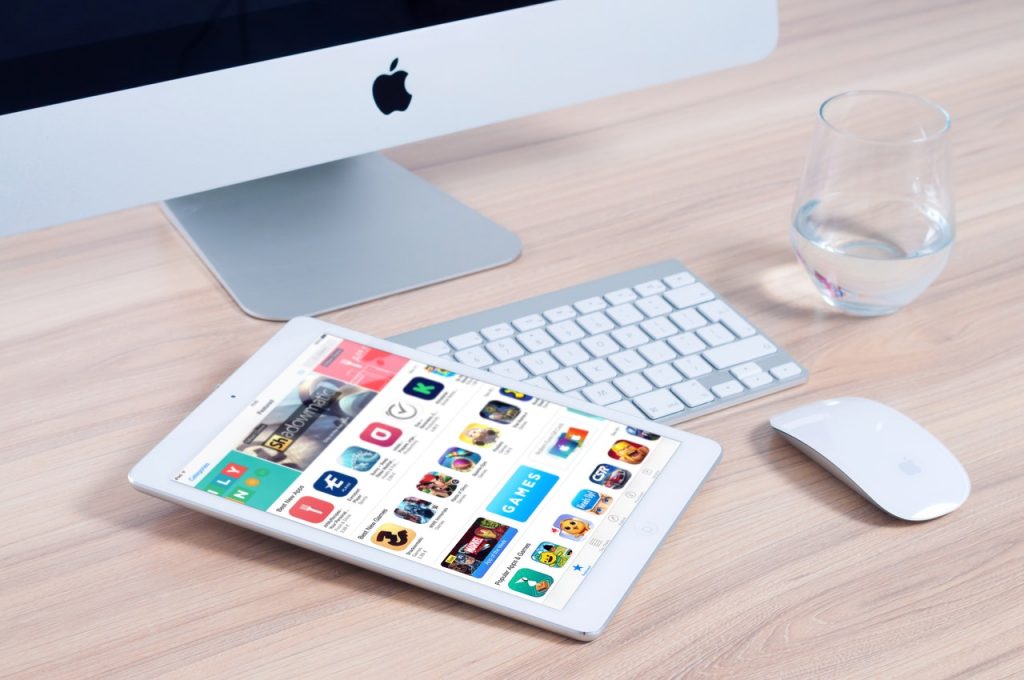 Apple is reportedly planning to postpone the production of its MacBook and iPads as the global chip shortage takes a toll on the companies supplies.

Apple is the latest entrant among the long list of companies that have been hit by the shortage of semiconductors globally. The automotive industry has been particularly hit hard by the shortage.

Ford, General Motors, and Volvo are among the automakers that reported production halts due to the shortage of chips. Last month NIO had said that it would halt production for five days due to chip shortage. While announcing the production halt it said that it expects to deliver 19,500 cars in the first quarter versus its previous guidance of 20,000-20,500 cars.

Meanwhile, Apple as well as its supplier Foxconn have also been hit by the chip shortage. So far, the shortage is only impacting production and it hasn’t impacted product availability. All said, if the chip shortage escalates, we could also see an impact on the supply of Apple products in markets.

The chip shortage has amplified over the last few months amid strong demand from almost all the end-user industries. Also, increasing sales of 5G phones, which use more chips than the 4G phones, is also adding to the problem. The soaring global car sales have also put pressure on the chip industry’s demand-supply balance.

Wedbush Securities, which is bullish on Apple and expects the company’s market capitalization to hit $3 trillion this year, does not see the chip shortage hitting Apple amid the iPhone supercycle.

According to Wedbush, the chip shortage which could take some time to resolve would help Apple and its component suppliers by lowering the price of components. Gene Munster, who had correctly predicted Apple’s market capitalization hitting $2 trillion expects the iPhone maker’s market cap to rise to $3 trillion and forecasts that it would be the best FAANG stock in 2021. 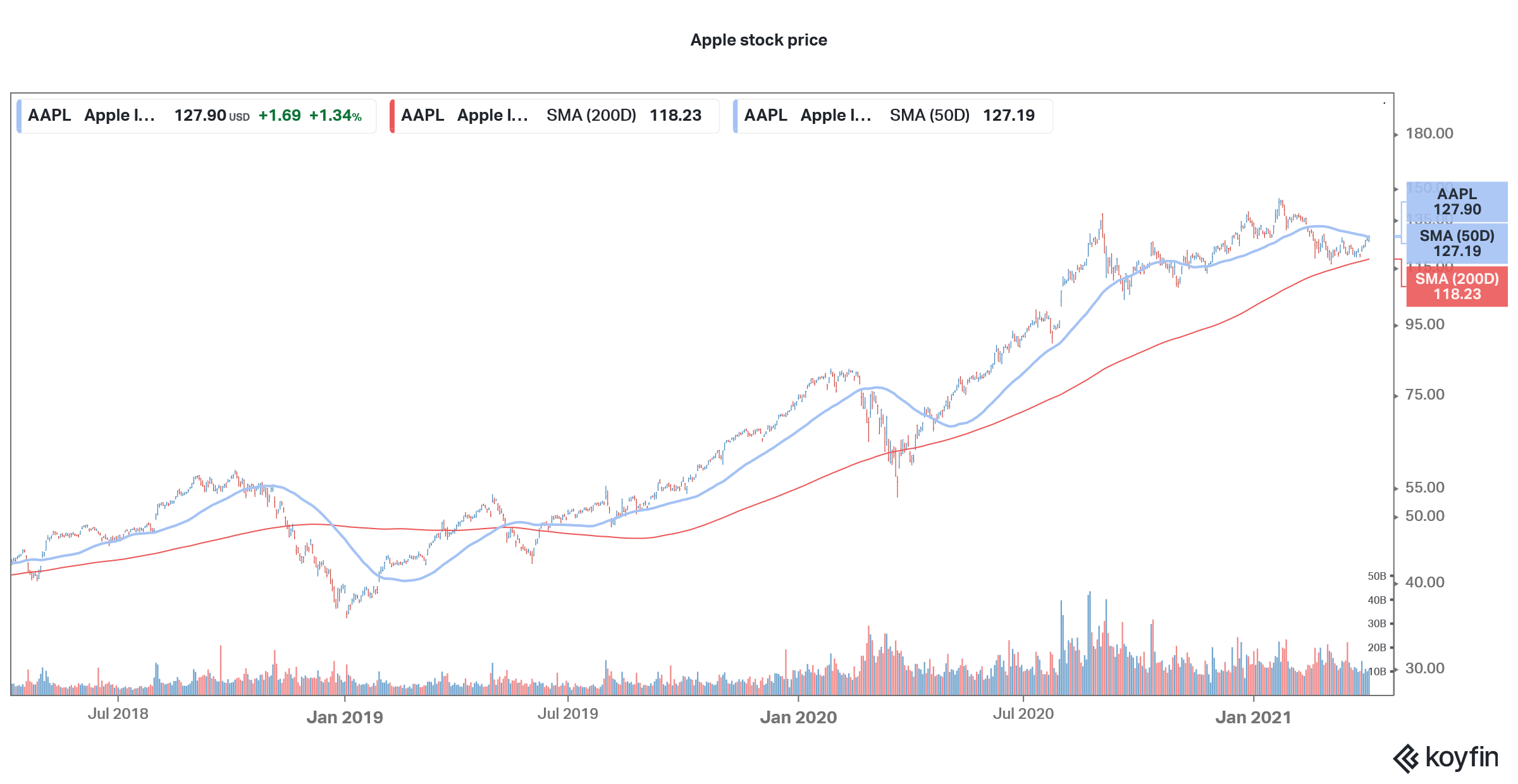 Can Apple be the best FAANG stock in 2021 also?

Apple was the best performing FAANG stock in 2019 and 2020 also. “I think for 2021, the performance is going to come again from Apple. It may seem tone deaf for a company to lead FAANG for three straight years, but I think that in fact will happen. I think this has a track to $200 [per share],” said Munster.

Last year, Epic Games, the maker of popular game Fortnite sued Apple and Alphabet after it was booted out of app stores for policy violations. Many have been critical of Apple’s alleged antitrust behavior and the hefty fees that it charges developers on the app store.

Meanwhile, Apple plans to take Epic Games head-on in the legal battle. The company has defended the up to 30% fee that it charges to developers and said that Epic was free to build a browser app. “Epic has benefited handsomely from its contractual relationship with Apple,” the court submission said. It added, “Epic has used Apple’s proprietary SDKs, and thousands of proprietary APIs to develop games for iOS users.”

Meanwhile, big tech companies including Apple, Alphabet, Facebook, and Amazon are battling antitrust as well as digital tax issues globally. Spotify, which supported Epic Games in its fight against Apple, has also accused the company of antitrust in Europe.

He alleged, “In recent years, Apple has introduced rules to the App Store that purposely limit choice and stifle innovation at the expense of the user experience—essentially acting as both a player and referee to deliberately disadvantage other app developers.”

Meanwhile, despite selling some shares over the last year, Berkshire Hathaway is Apple’s second largest shareholder. Buffett has been bullish on the company which he sees as a consumer company and not a tech company. He has also supported Apple’s buybacks. In the absence of other investment opportunities, Berkshire Hathaway has also scaled up its buybacks.

In 2020, Berkshire Hathaway repurchased $24.7 billion of its shares which is a record for the company. To put that in perspective, it has repurchased only about $5 billion worth of its shares in 2019. However, despite the buybacks and the scaled-up stock purchases, Berkshire was holding $138 billion in cash at the end of 2020.

In his annual letter, Buffett, who has been critical of buybacks in the past, tried to justify the massive buybacks from Berkshire. “In no way do we think that Berkshire shares should be repurchased at simply any price,” said Buffett. He added, “I emphasize that point because American CEOs have an embarrassing record of devoting more company funds to repurchases when prices have risen than when they have tanked. Our approach is exactly the reverse.”

Buffett said during this year’s annual letter that Berkshire was holding a 5.4% stake in Apple in the third quarter of 2018 also which is similar to the stake in the fourth quarter of 2020. Despite the company booking an $11 billion profit by selling some shares, it still holds the same stake which Buffett attributed to the buybacks made by Apple as well as Berkshire Hathaway.

You can buy tech stocks through any of the reputed online stockbrokers. Alternatively, if you wish to trade derivatives, we also have reviewed a list of derivative brokers you can consider.