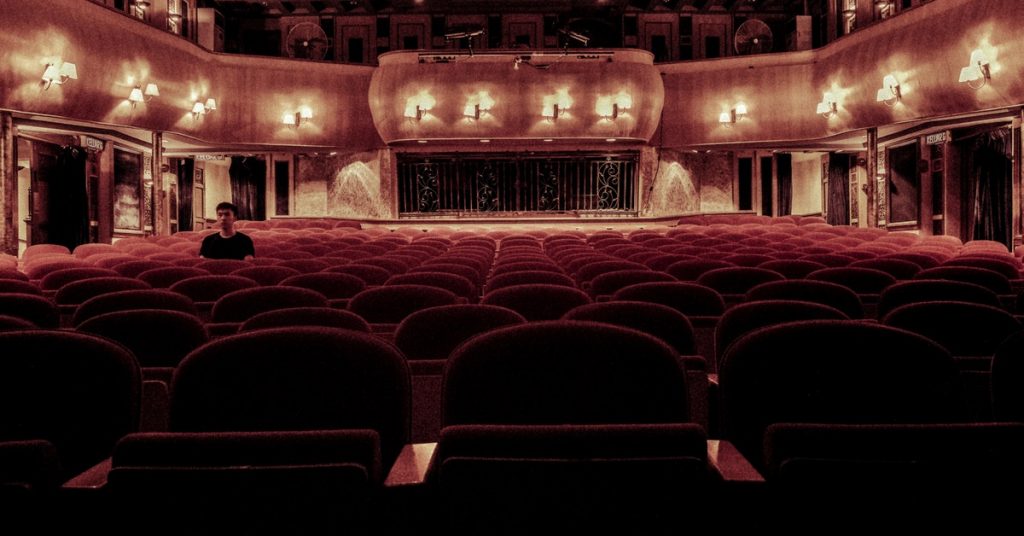 AMC Entertainment stock was trading higher in US premarket trading today after announcing that it would open nearly all of its cinemas in the US. However, would the reopening draw more people to its cinemas?

With a year-to-date rise of 540%, AMC is among the hottest meme stocks that were propped by the Reddit group WallStreetBets. Meanwhile, GameStop has been among the biggest short squeezes in history.

The stock is up over 1,000% in 2021 and the rise in GameStop has led to billions of dollars in losses for short-sellers. Melvin Capital, which was short on GameStop but eventually closed its position, lost over half of its value in January betting against GameStop.

Both AMC Entertainment and GameStop have a fundamental story which WallStreetBets capitalized on. As for GameStop, its pivot towards online retail and its agreement with activist investor Ryan Cohen has led to positive sentiments.

The optimism is not without a reason as Cohen took on the mighty Amazon with his Chewy that he co-founded and later sold. Add the massive short interest that at its peak was almost 140 percent and we had among the most epic short squeezes in history.

AMC stock is rising too

Talking of AMC Theatres, it is among the most prominent reopening stocks. 2020 was a bad year for cinema chains as they were closed for a large part of the year. Even when they reopened, they had to operate at a lower capacity.

To make things worse, the lack of new and compelling releases coupled with fears of getting infected kept many people at home even as cinemas reopened. To make things worse, production houses like Disney and HBO decided to release the new titles simultaneously on their streaming platforms. 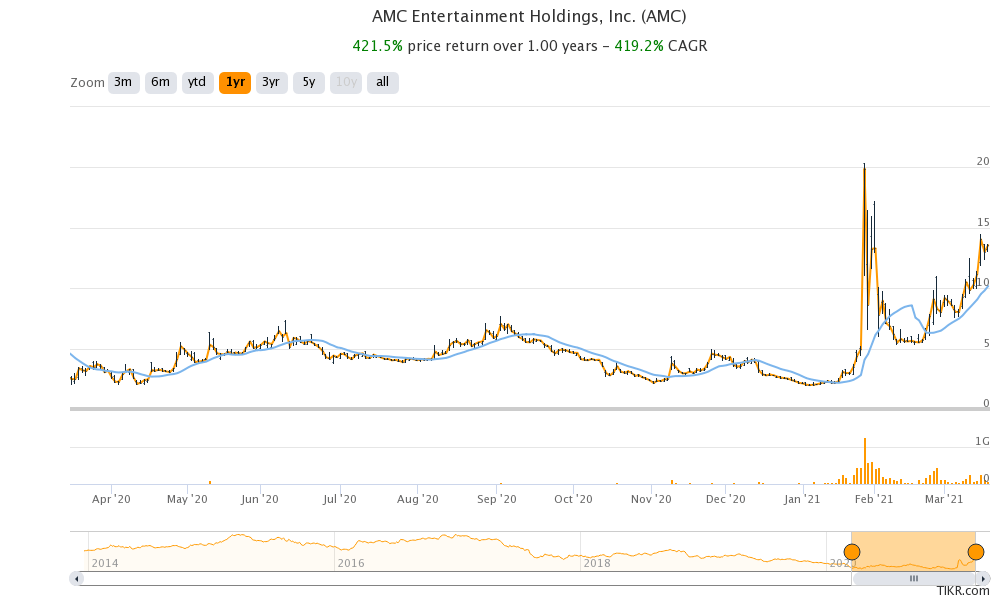 AMC is a good reopening play

However, as the pace of vaccination increases and more people get inoculated against the COVID-19 pandemic, markets are getting optimistic on reopening plays like AMC Theatres. While streaming is a long-term headwind for the theatre industry, streaming might never replace the experience of movie-going for many people.

Now, AMC expects nearly all of its cinemas to open in the United States by the end of this month. While it is certainly a positive development most of it already looks baked in the stock price.

AMC to reopen nearly all US theatres

“It was exactly one year ago that we closed all AMC locations in the United States. It gives me immense joy to say that by the end of next week we expect that 99% of our U.S. locations will have reopened,” said AMC Entertainment’s CEO Adam Aron.

He also talked about safety protocols which include “social distancing & automatic seat blocking in each auditorium, mandatory mask wearing, and upgraded air filtration with MERV-13 air filters, as well as many other important health, sanitization and cleanliness efforts.”

Disney has also announced the reopening of its theme parks in California from the next month albeit at a much lower capacity to begin with. Nonetheless, the reopening is a piece of positive news and signal that the economic activity is reverting back to the pre-pandemic levels.

Talking of Disney, going forward, streaming could be the biggest driver for the stock as the company has put streaming at the center of its business. At the investor’s day in December 2020, Disney had outlined aggressive expansion plans for its streaming service. It expects Disney+ subscriber numbers to triple by fiscal 2024 to between 230-260 million. After adding the subscribers for Hulu and ESPN+, Disney expects to have been 300-350 million subscribers by the end of 2024.

Disney is doubling down on streaming

Disney+ has 94.9 million subscribers at the end of the fiscal first quarter. Across all kits platforms that include Hulu and ESPN+, Disney had 146 million subscribers. In contrast, Netflix had 204 million paying subscribers at the end of 2020. While Disney has been a later entrant in the streaming market, its numbers are fast catching up with Netflix whose growth rates have come off the highs that we saw in the first half of 2020.

Going forward while reopening of theme parks would help drive Disney’s earnings, its bet on streaming would help in multiple expansion. The stock’s multiple is anyways near the all-time highs amid streaming optimism.

Wall Street is not impressed with AMC stock’s outlook

Coming back to AMC stock, while markets are enthused by the reopening of the cinemas, Wall Street is wary after the recent rise. Citigroup analyst Jason Bazinet has maintained his sell rating on AMC stock with a $2 price target.

“We see the company’s elevated leverage as an added risk to an uncertain recovery,” said Bazinet. He added, “And, we see recent industry developments indicating that the strategic role of exhibitors is diminishing.”

Can AMC stock fall to 1 cent?

LightShed Partners’ Richard Greenfield is ultra-bearish in the AMC and has a 1 cent price target on AMC. “As consumers return to theatres (beyond an initial burst of excitement to see anything and everything out of the home), we believe they are likely to be far more selective in what they pay to see in a theatre,” said Greenfield.

Should you buy AMC stock?

Earlier this month, Wedbush analyst Michael Pachter doubled its price target on AMC to $5 while maintaining the neutral rating. While one may see that as a bullish note, Pachter’s target prices are half of what AMC currently trades at. He also said it is “tough to get positive here, despite rising industry optimism.”