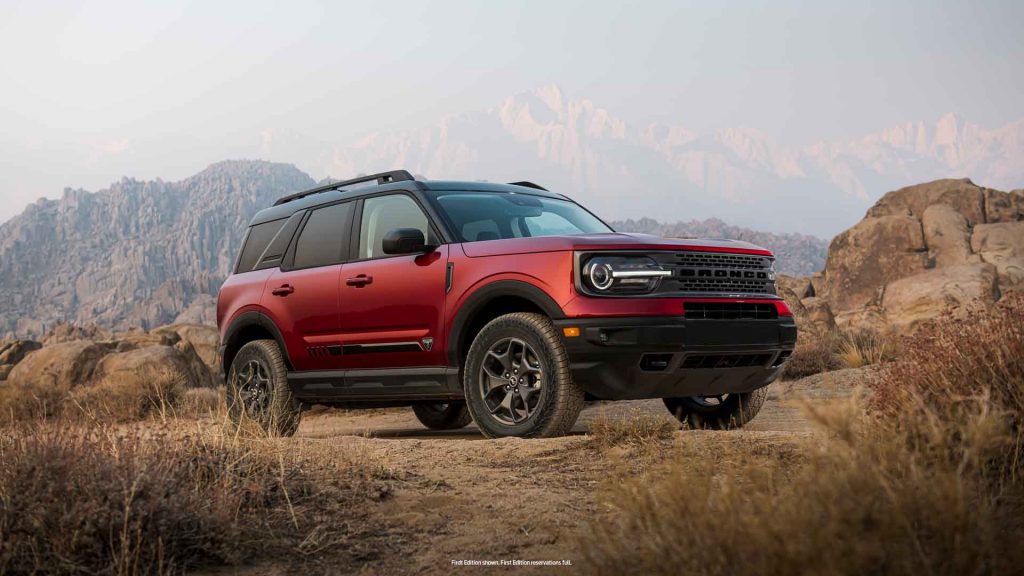 Ford stock rose 8.4% on Wednesday and the stock was trading higher in the premarket today. Some of the brokerages have taken a positive view of the automaker that is fueling the bullish sentiments.

After a dismal performance in 2020, Ford stock has started 2021 on a bullish note and is up 23.5% so far in the year. However, the stock has fallen over 46% over the last ten years as investors shunned legacy automakers’ stock for electric car stocks.

Meanwhile, some of the analysts are now turning bullish on Ford stock. Deutsche Bank analyst Emmanuel Rosner has out his weight behind the company. According to him, 2021 “should indeed see a material acceleration of electric vehicle roll-outs, and provide much clarity on winners and losers from electrification.” He also expects “room for upside 2021 guidance” from Ford.

Biden’s energy policies are expected to be in stark contrast to his predecessor Donald Trump who was a climate change denier and also pulled the US out from the Paris Climate Deal. The Trump administration favored the fossil fuel energy sector.

In contrast, President-elect Joe Biden has rejoined the Paris Climate Deal through an executive order. According to a statement made during the presidential election race, the Biden campaign vowed that he “will take actions including requiring aggressive methane pollution limits for new and existing oil and gas operations; developing rigorous new fuel economy standards aimed at ensuring 100% of new sales for light- and medium-duty vehicles will be zero emissions.” 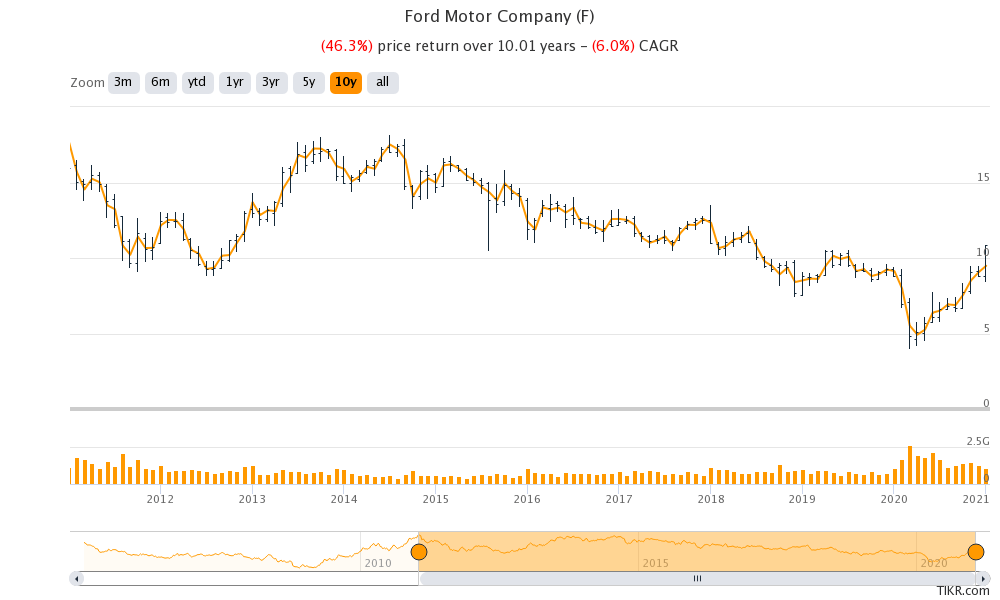 To be sure, while it was slow to start on vehicle electrification plans like other automakers, Ford is fast catching up. It is launching all-electric models of several of its models. These include the F-150 pickup truck that has been America’s best-selling pick-up truck for decades.

The F-150 would compete with Tesla’s Cybertruck and both the models would hit the markets around the same time. While Tesla has boasted of strong preorders for the Cybertruck, it would not have a cakewalk in the lucrative pickup truck market.

Jim Cramer, the host of Mad Money Show on CNBC is also bullish on Ford stock. “People don’t understand that we are in a hybrid society now because we have tasted the idea of not going to the office and we don’t want to go back,” said Cramer. He added, “So, people who have jobs and commute may be a thing of the past, particularly with a president that is anti-fossil fuel. Remote work is Ford and GM. I prefer Ford and it has been a remarkable winner. Because of Jim Farley is running Ford.”

“We haven’t suddenly fixed the issues in our automotive business, but we have a clear turnaround plan to get that done,” said Ford’s president and CEO Jim Farley. “That work is underway and we’re making progress,” added Farley. He took over the position in the fourth quarter of 2020 only and is working to pivot the company towards profitability and electric vehicles.

Earlier this month, Ford called off a joint venture in India that has been a tough market for the company where Japanese automaker Suzuki is the market leader. Ford is expected to release its fourth quarter earnings later this month and is Farley might outline future plans about electric vehicles.

Ford stock looks a value buy at these prices. Its enterprise value to revenue multiple is only 1.23x. In comparison, electric vehicle stocks are trading at exorbitant valuations. While markets are not giving established automakers any chance to succeed in the electric vehicle race, that might not be true.

Legacy automakers have strong brands, a well-entrenched distribution system, and already best-selling models in place. If the all-electric versions of these models receive a good response from consumers, legacy automakers would also have a fair chance of success.

Also, legacy automakers are also working on collaborating among themselves as well as other pure-play electric vehicle companies and tech giants. Ford has invested in electric vehicle startup Rivian while General Motors entered into a partnership with Nikola. General Motors’ autonomous driving venture Cruise also attracted investments from Microsoft.

Legacy automakers could also partner with tech giants like Apple that plan to enter the electric vehicle industry. Amazon has also invested in electric vehicle startup Rivian and also placed an order for 100,000 of its delivery trucks.

How to buy Ford stock?

You can buy Ford stock through any of the reputed online stockbrokers. Alternatively, if you wish to trade derivatives, we also have reviewed a list of derivative brokers you can consider.