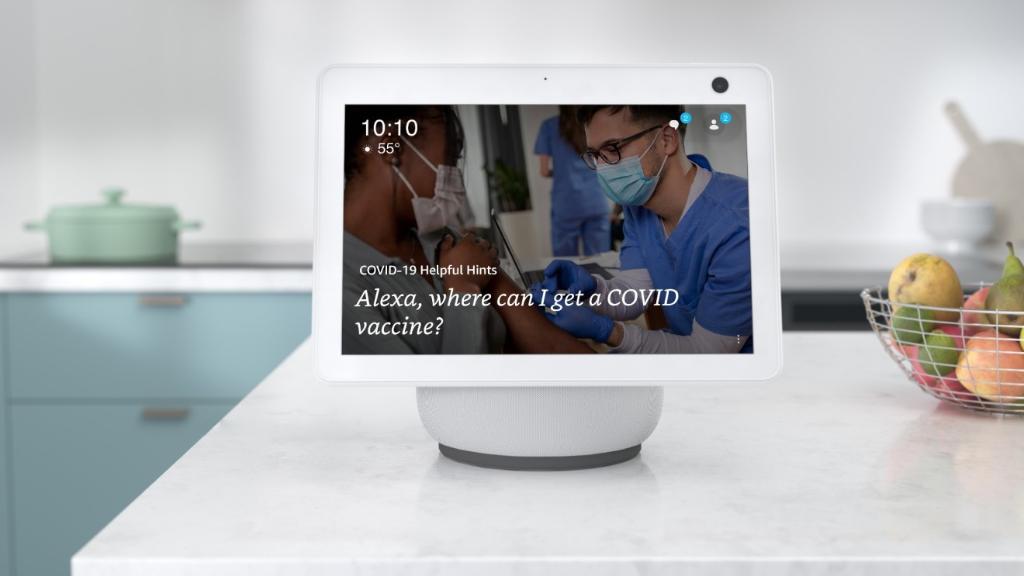 Ecommerce giant Amazon is set to release its first quarter earnings tomorrow after the close of markets. Here’s what analysts are expecting from the Seattle-based company.

Analysts polled by TIKR expect Amazon to report revenues of $104.6 billion in the first quarter of 2021—a year over year rise of 38.7%. In the fourth quarter of 2020, the company’s revenues had increased 43.6% to a record $125.5 billion. It was the first time that the company’s quarterly revenues had risen above $100 billion. The company’s fourth quarter revenues were ahead of its guidance of $112-$120 billion. It also managed to beat analysts estimates on both the topline and the bottomline in the quarter.

During their fourth quarter earnings call, Amazon said that it expects to post revenues between $100-$106 billion in the first quarter of 2021. The company’s guidance was higher than the $95 billion that analysts were projecting for the quarter.

Amazon expects to post an operating income between $3-$6.5 billion in the first quarter. It had posted an operating income of $4 billion in the first quarter of 2019. Among other things, the guidance assumes COVID-19 related costs of $2 billion. Over the last year, Amazon has spent billions of dollars on COVID-19 related costs. Other eCommerce and retail companies including Costco have also been incurring higher costs due to the pandemic.

Analysts expect Amazon to post an EPS of $9.62 in the quarter which is 92% higher than what it had posted in the corresponding quarter in 2020.

What to watch in Amazon’s earnings release?

During Amazon’s earnings release, it would be crucial to watch the company’s second quarter guidance. Ecommerce companies saw a spike in their revenues in 2020 due to COVID-19 related restrictions. Now, things are quickly getting back to normal in the US which is the company’s largest market.

As more and more US citizens get vaccinated against the coronavirus, the economy and consumer behavior would revert towards pre-pandemic levels sooner than many had envisioned. Indeed, analysts expect Amazon’s topline growth to fall to 21.9% and 20.6% in the second and third quarters of 2021. 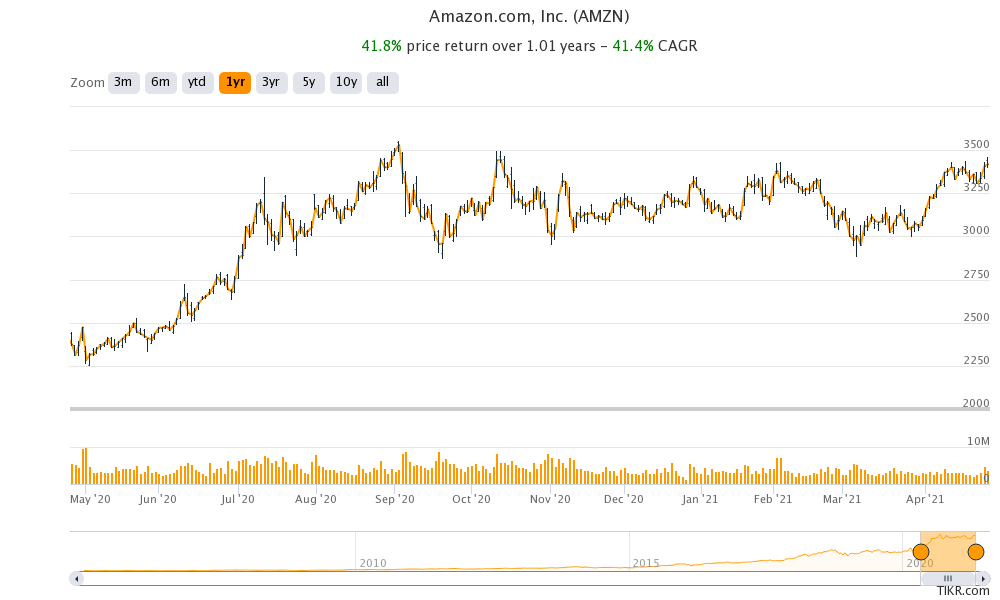 Meanwhile, while Amazon’s eCommerce sales are widely expected to slow down largely due to the unfavorable year-over-year comparisons, AWS (Amazon Web Services) is expected to show continued growth.

“I think the power of AWS and their advertising and other software parts of their business and subscription models are the most exciting, said Jefferies analyst Brent Thill. He added, “I think investors are really concerned about the overall e-commerce business in the short-term given how big the comparisons are.”

He expects the stock to rise to $5,700 over the next three years. “This implies Amazon’s market cap approaches $3.0 trillion by 2024 and this does not include potentially meaningful contributions from multi-billion dollar opportunities in health care, home security, smart-home devices, and entertainment. The company also has room for further expansion in areas such as apparel, B2B [business-to-business], and SaaS [software-as-a-service],” said Thill.

2021 is a pivotal year for Amazon as its founder Jeff Bezos steps down as the CEO. Amazon’s Executive Chairman and Andy Jassy would take over as the new CEO. Commenting on the transition, Bezos had said, “If you do it right, a few years after a surprising invention, the new thing has become normal. People yawn. That yawn is the greatest compliment an inventor can receive. When you look at our financial results, what you’re actually seeing are the long-run cumulative results of invention. Right now I see Amazon at its most inventive ever, making it an optimal time for this transition.”

Amazon stock has been trading sideways

Amazon stock peaked last year and has since largely traded sideways. The “stay-at-home” trade that led to a spike in many stocks including Amazon and Zoom Video Communications has lived its course and investors have been hunting for other themes. Value stocks have been particularly popular among investors in 2021 amid concerns over the overvaluation of growth stocks.

Meanwhile, Amazon stock looks like a good buy for the long term. The company’s Ecommerce, as well as cloud business, are expected to continue growing at a fast pace. Amazon now trades at an NTM (next-12 months) PE multiple of almost 72x which doesn’t seem unreasonable given the strong growth and its leading market position.

You can buy Amazon stock through any of the best online stockbrokers. Alternatively, if you wish to trade derivatives, we also have reviewed a list of derivative brokers you can consider.