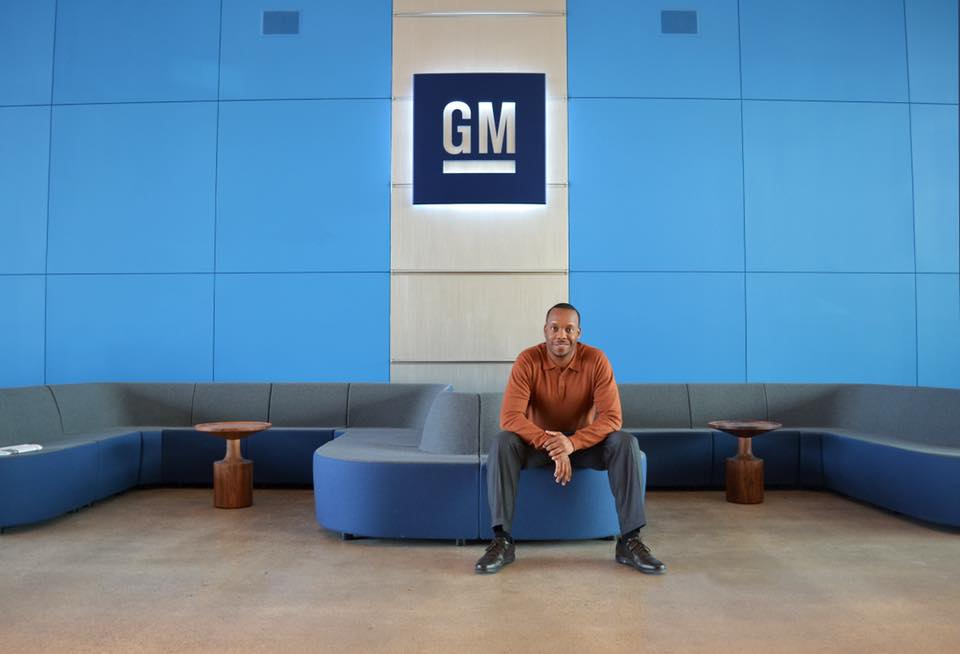 The fourth quarter earnings season in full swing. General Motors, the largest automaker in the US, would release its earnings on Wednesday. Here’s what analysts are projecting for the company’s Q4 earnings.

Analysts expect General Motors’ fourth quarter revenues to rise 17.9% year over year to $36.3 billion. Its revenues are expected to rise on a yearly basis in the first and second quarter of 2021 also.

GM also announced last month that it plans to sell only zero-emission vehicles by 2035. “General Motors is joining governments and companies around the globe working to establish a safer, greener and better world,” said General Motors’ CEO Mary Barra in a statement. She added, “We encourage others to follow suit and make a significant impact on our industry and on the economy as a whole.”

Along with battery electric vehicles, vehicles that run on hydrogen fuel cells also count as zero-emission vehicles. While Tesla’s CEO Elon Musk has mocked hydrogen fuel cell technology in the past, fuel cell stocks have rallied sharply over the last year.

Toyota Motors, Honda Motors, and Nikola are among the carmakers that are betting on both battery-electric and hydrogen fuel cell cars. 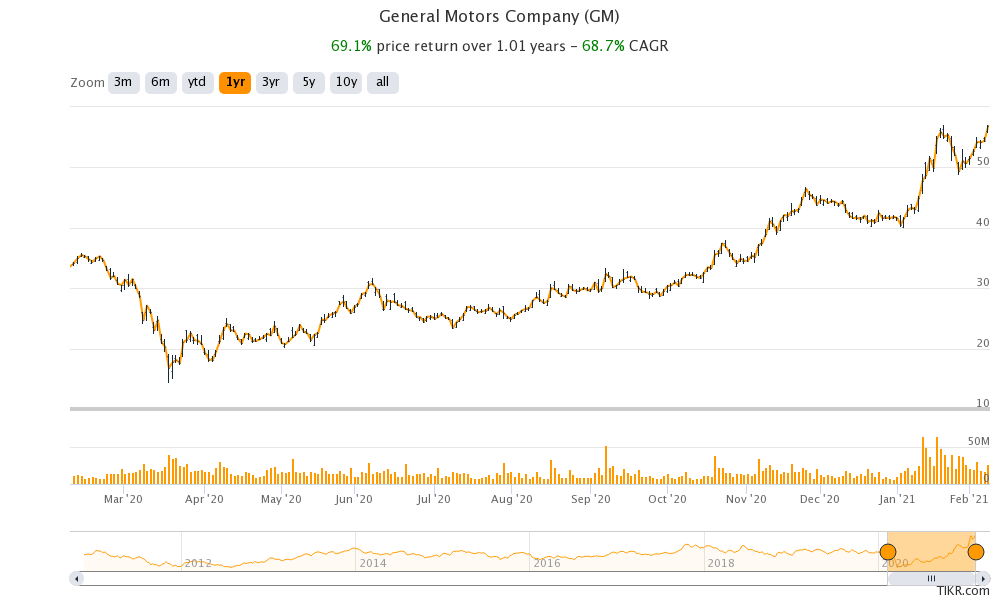 While General Motors’ stock has surged over the last year, its valuation multiples are nowhere near the valuations that pure-play electric vehicle stocks are commanding. General Motors is trading at an NTM (next-12 months) PE multiple of 9x which is a fraction of what Tesla trades at. Barring Tesla, which is now sustainably profitable, other electric vehicle companies have been posting losses.

Morgan Stanley auto analyst Adam Jonas has called upon legacy automakers to consider a separate listing of their electric vehicle business as it can help unlock value. “We believe management actions to address issues of proximity/separation of their ICE and EV businesses over the next few years will be a potentially far greater driver of their stock prices than items such as US [unit sales announcements] and [earnings forecast] revisions,” said Jonas commenting on General Motors.

Dan Ives of Wedbush Securities holds a different view. “As Detroit shows more success in EVs, investors will break down the business with a sum-of-the-parts valuation,” said Ives. He added,+` “If you assign an EV-like multiple to even a quarter of their business, their stocks go significantly higher than where they are today.

According to the estimates compiled by TipRanks, General Motors has an average one-year price target of $58.08 which is only a 2% premium over its current stock price. The stock’s highest price target is $43 while $80 is its street high price target. Of the 13 analysts covering the stock, only one has rated it as a hold while the remaining 12 rates it as a buy or higher.

General Motors and Ford could see a valuation rerating this year as they scale up their electric vehicle sales. We’ll get more updates on General Motors’ vehicle electrification plans during the company’s fourth quarter earnings call.

How to invest in General Motors

You can trade in General Motors stock through any of the reputed online stockbrokers. Alternatively, if you wish to trade derivatives, we also have reviewed a list of derivative brokers you can consider.

An alternative approach to investing in the green energy ecosystem could be to invest in ETFs that invest in clean energy companies like Tesla and NIO.