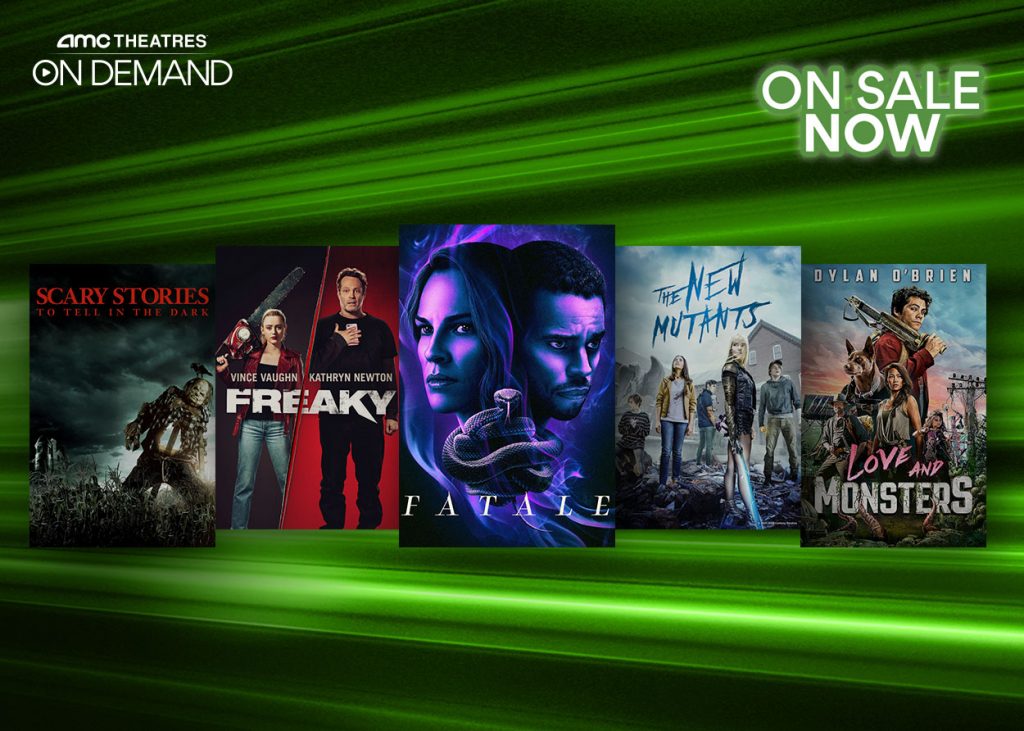 AMC Entrainment stock rose over 13% yesterday amid analyst upgrade and good response to ‘Godzilla vs. Kong.’ Should you buy the stock now?

AMC Entertainment is among the meme stocks that were pumped by Reddit group WallStreetBets. The stock rose to a 52-week high of $20.36 but now trades at a discount of 48% from those levels.

Wall Street is getting bullish on AMC Entertainment stock

Meanwhile, Wall Street is getting bullish on cinema chains including AMC Entertainment after a strong Easter weekend performance of ‘Godzilla vs. Kong’ which garnered $48.5 million in the U.S. and Canada during the five-day Easter Weekend.

This is the highest grossing for any release during the pandemic and shows the pent-up demand for moviegoing. “The results for ‘Godzilla vs. Kong’ are absolutely mind-blowing and a represent a ‘welcome back’ of sorts for an industry that has been working its way back from the brink for over a year,” said Paul Dergarabedian, senior media analyst at Comscore.

Pent up demand for moviegoing

Shawn Robbins, chief analyst at Boxoffice.com also holds similar views. “For anyone who may have doubted the pent-up demand for moviegoing, this performance is yet another sign of just how resilient the theatrical industry can be,” said Robbins. He added, “It should again send a message to studios that the world’s audiences are hungry for big cinematic releases.”

The collections are encouraging considering the fact that the movie was available for free for HBO Max subscribers.

According to Robbins “If ‘Godzilla vs. Kong’ can break out to these numbers in a still-handicapped domestic market with a simultaneous streaming release, imagine what other blockbuster contenders will be able to achieve in the months ahead when given a reasonable window of theatrical exclusivity from day one.” Chad Beynon, Macquarie Analyst is also bullish on the cinema industry and expects the box office collections to reach 90-95% of 2019 levels.

Riley analyst Eric Wold upgraded AMC Entertainment stock from neutral to buy and raised his target price to $13 from $7. “We have remained impressed with management’s ability to weather the pandemic headwinds by both strengthening the balance sheet and negotiating with landlords to improve the cash runway into 2022,” said Wold. He added, “And as the largest exhibitor in North America that also operates the highest number of IMAX screens, we view AMC as well positioned to benefit from the industry’s projected resurgence and return to pre-pandemic attendance levels by 2023.”

Wold is also constructive on AMC’s ability to strengthen its balance sheet by lowering its massive debt pile by raising equity. 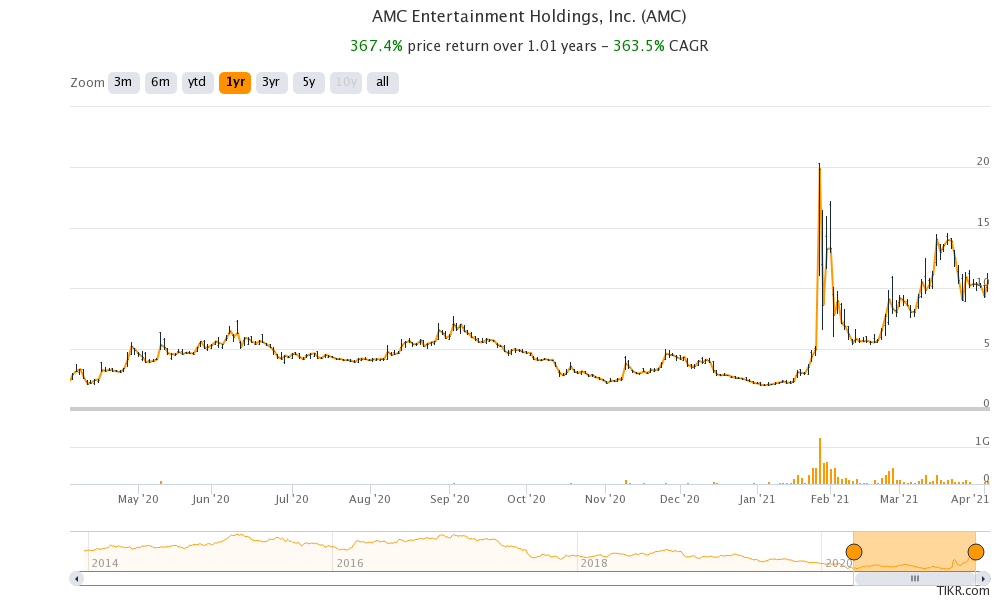 Last week, the company had announced plans to issue another 500 million shares. The stock had tumbled on the news on dilution fears. The company’s CEO Adam Aron said that the management is cognizant of dilution concerns. “Dilution is something we care about, but I will say we are formally asking approval from our shareholders to authorize another 500 million new shares that the company could issue if it wishes,” said Aron.

However, he added, “There are a lot of good reasons for shareholders to give us the authority” referring to the “opportunity to bolster our cash reserves and there’s an opportunity to buy back debt at a discount or pay deferred theater rents.”

All said the massive share issuance comes with a long-term cost as they would lead to earnings dilution once AMC starts posting profits again. For now, the company is burning a lot of cash and needs to raise capital to bridge the gap.

That said, the Reddit-driven rally has been a boon for meme stocks like AMC as they are raising cash at a much higher price. For instance, in its previous share issuance, AMC Entertainment sold shares at an average price of $3.07 which is less than a third of its current stock price.

Yesterday, GameStop, which has been the poster child of meme stocks, announced plans to issue another 3.5 million shares to strengthen its balance sheet. Last year also, the company had announced a stock issuance during the fiscal third quarter 2020 earnings call.

Streaming is a long-term challenge

It would not be prudent to base the long-term outlook for moviegoing based on the release of one movie. More than a year into the COVID-19 pandemic, there is certainly huge pent-up demand to venture out from vacation to moviegoing. However, over the medium to long term, it remains to be seen how many consumers prefer moviegoing over streaming.

That’s said, it won’t be possible for streaming to fully replace moviegoing which is an experience in itself. However, at least for some consumers, streaming could be a good alternative to moviegoing.

You can trade in AMC Entertainment stock through any of the reputed online stockbrokers. Alternatively, if you wish to trade derivatives, we also have reviewed a list of derivative brokers you can consider.