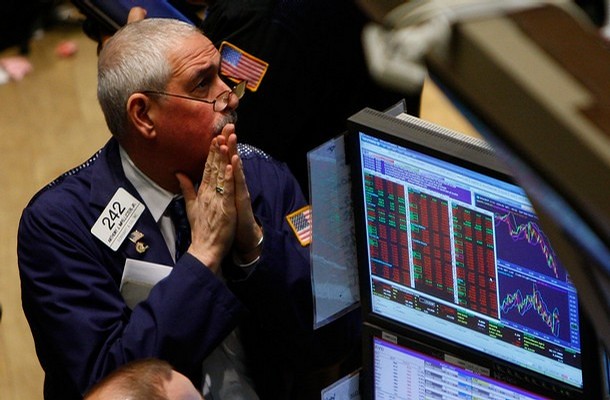 The price of ViacomCBS shares has been slashed by half in the past four days, following the announcement of a share offering along with a large block sale reportedly arranged by Goldman Sachs and other investment banks last week.

The firm’s share offering consisted of 20 million Class B common stock initially priced at $85 per share along with 10 million preferred shares at $100 per share that featured a 5.75% annual dividend.

As a result of the offering, the company would obtain approximately $2.65 billion in net proceeds, or around $3 billion if underwriters choose to exercise their options, that will be used general corporate purposes.

Shares of the media giant dropped 9% during the session that followed the announcement – which was made after the market closed – closing the day at $91.25 but then the selling spree picked up its pace with strong losses of 23% on 24 March and 27% last Friday, resulting in a 52% plunge in ViacomCBS’s valuation once the dust settled.

Although the initial downtick from 22 March might have been prompted by the firm’s underpricing of its Class B common stock – which was offered at a 15% discount compared to the closing price of the shares a day before – the steep sell-off that followed has been attributed to the sale of a large block of ViacomCBS shares by Goldman Sachs on behalf of Archegos Capital – a hedge fund run by the former head of multi-billion Asian fund Tiger Asia Management.

According to multiple reports, the negative performance of Hwang’s fund recently might have forced banks to liquidate his holdings as a result of a margin call, which resulted in the dump of roughly $20 billion in stock of multiple companies including ViacomCBS.

Large block sales are arranged privately, either directly or through a third party, to arrange an exchange outside the open market.

In this case, Goldman Sachs and Morgan Stanley were reportedly involved in the sale of more than 300 million shares of ViacomCBs during these two days, a number that exceeds the stock’s average daily trading volume by around 10 times.

What’s next for ViacomCBS shares?

This forced selling might be creating an opportunity to buy ViacomCBS shares at a discount, possibly as the share price has been temporarily depressed by this spree as banks were forced to clear their books to liquidate Archegos’ portfolio.

Although the initial 9% downtick could have been explained by the markdown of the firm’s stock at $85 per piece, the selling spree that followed has pushed the valuation of ViacomCBS to roughly $30 billion while pushing its forward price-to-earnings ratio to 12.

According to data from Koyfin, the company’s adjusted EPS should land at around $4.3 by the end of 2022, which means that, prior to this plunge, the firm was being valued at around 23 times its 2022 EPS.

If valuations multiples for ViacomCBS were to float back near to where they were before last week’s sell-off, chances are that the stock could offer a sizable upside to those who jump in at this point.

Conversely, the stock of one of ViacomCBS’s rivals – Charter Communications (CHTR) – is being valued at 30 times its forward earnings while shares of Fox Corporation (FOXA) are also being valued at a multiple of 17.

Based on these comparables, chances are that ViacomCBS could be presenting itself as a buying opportunity as a result of last week’s plunge if its multiples were to bounce near those assigned to some of its peers.