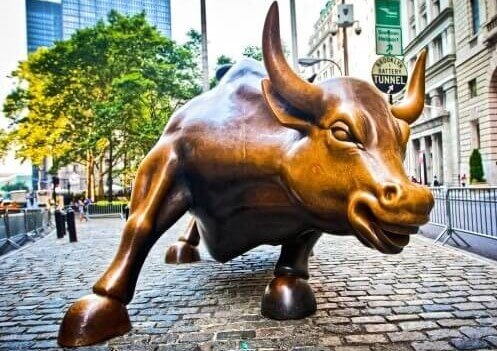 US stock futures are advancing this morning in early futures trading action ahead of the start of a data-heavy week that will see the release of key readings about the country’s gross domestic product, inflation, and consumer confidence.

The tech-heavy Nasdaq 100 index is leading this morning’s uptick as it is gaining 0.6% at 13,488, followed by E-mini futures of the S&P 500, which are up 0.47% at 4,171. The Dow Jones Industrial Average is also opening the week with a positive tone although it is lagging its peers.

Last week, the three top stock indexes posted some disappointing performance, with the Nasdaq barely hanging on to its early gains as it ended the period 0.14% higher while both the S&P 500 and the Dow Jones recorded losses of 0.43% and 0.51% respectively.

Market participants will likely keep an eye on how cryptocurrency markets continue to evolve this week, as the combined market capitalization of these digital assets plunged by more than $600 billion to $1.461 trillion last week after the Chinese government communicated that it had prohibited the offering of crypto-related products and services from payment processing companies and financial institutions.

Meanwhile, the Conference Board (CB) Consumer Confidence Survey® will be released on Tuesday and the market will be paying attention to the fine print as it could provide further indications about what people are thinking about key topics such as inflation, spending, interest rates, and the stock market. According to data from Koyfin, the indicator is expected to land at 119.4, down from a previous reading of 121.7.

A reading below this estimate could provide a hint that the post-pandemic outlook for the economy might not be as bright as economists have been expecting.

Moreover, a series of mid-term Treasury auctions will take place from Tuesday to Friday including the sale of $123 billion in 5-year and 7-year US Treasury notes. The outcome of these auctions will also be followed by market players as 10-year Treasury yields have been declining since last Wednesday, moving from a weekly peak of 1.675% to 1.615% this morning.

Another important metric to watch this week includes the quarterly performance of the US gross domestic product (GDP) to be reported by the Bureau of Economic Analysis, with analysts expecting a 6.5% uptick in the country’s economic output. This release will be accompanied by the quarterly reading of the GDP Price Index – a broad measure of inflation that will provide further indications about how prices behaved during the first three months of the year.

Finally, Friday will see the release of more data on the inflation front as the month-on-month and annualized variations of the Personal Consumption Expenditures (PCE) Price Index will be published, with the consensus estimate placing the annualized change in the Core PCE at 2.9% while the month-on-month variation is estimated to land at 0.6%.

Data-heavy weeks tend to bring along some degree of volatility, especially if the results of these and other economic indicators deviate significantly from the market’s consensus.

The outlook for US stock futures appears to be positive based on the current technical setup. The chart above shows how the Nasdaq 100 has built strong support around the 12,970 area, effectively forming a potential double-bottom pattern that is being confirmed by a sustained jump above the 13,370 area.

If the index holds on to these early gains during the live stock trading session, chances are that it could continue to perform positively during the week unless some of the economic indicators outlined above bring along a surprising turn.

The inflation narrative is perhaps one of the most important to watch this week as an acceleration in inflation rates beyond the market’s expectations or a strong setback in consumer confidence could plunge equities, with the pace of the recovery possibly being threatened by this pessimistic tone.

A similar double-bottom formation is seen in the S&P 500 as the benchmark built a support area around 4,050 – 4,060 that has served as a launching pad to propel the index higher in the past week.

For now, the price action indicates a bullish outlook for major equity indexes this week as market participants await the first few data releases due on Tuesday.