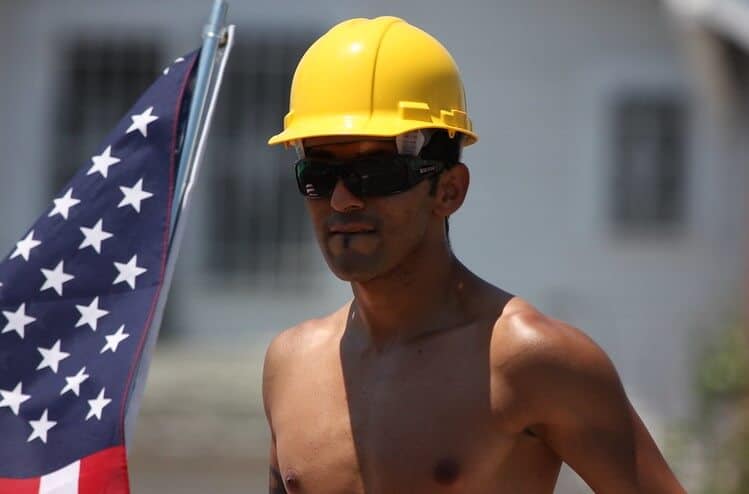 US stock futures are starting the week with a positive tone after Friday’s jobs report, as the United States managed to add more than 900,000 positions during March, effectively topping analysts’ expectations for the month.

According to data from the Bureau of Labor Statistics, the country’s unemployment rate went down to 6% during the month, resulting in a 0.2% retreat compared to February’s reading, while the number of non-farm payrolls added surged to 916,000, a number that is 96% higher than the 468,000 jobs added the month before.

Data from Koyfin indicates that analysts were expecting a total of 647,000 new jobs to be added to the US economy during March, which means that Friday’s report widely exceeded Wall Street forecasts for the period – a situation that is effectively pushing stock indexes higher this morning.

This is the first reaction of market participants to this surprising jobs report since the stock market remained closed on Friday in observance of Easter holiday.

Analysts from multiple corners praised the report as yet another sign that the pace of the country’s economic recovery is accelerating.

In this regard, Eric Merlis, head of global markets trading at Citizens, commented: “We were expecting a big number and today’s jobs report delivered in a major way. It is the flip side of what we saw for March of last year and another clear sign that the U.S. economy is on a strong path to recovery”.

Notably, the sector that added the most jobs during March was leisure & hospitality, with a total of 280,000 new positions added, followed by the government and the construction sector, which added a total of 136,000 and 110,000 positions respectively.

On the other hand, some analysts remain concerned about the possibility of another wave of the virus in the country that could temporarily derail this accelerated economic bounce.

“The only concern here is if we have another wave of COVID that leads to another round of closures”, said Quincy Krosby, chief market strategist for Prudential Financial.

It is important to note that multiple countries in Europe are facing a strong uptick in the number of daily virus cases, primarily attributed to the presence of a new and more aggressive variant of COVID, with countries like France going into full lockdown last week as part of the government’s effort to curve the spread of the disease.

The chart above shows how Nasdaq 100 futures are breaking above a strong resistance at 13,300 for the first time since the index’s late February correction. This could be a signal that a new short-term bullish cycle could be about to start.

Reinforcing this view, we have a MACD jumping to positive territory for the first time in roughly a month while the RSI is trending higher as well.

If the index were to hold this support in the following sessions, chances are that the price action could lead to a retest of the Nasdaq’s 16 February all-time high, representing a potential 4% upside if that target were to be hit.

Meanwhile, S&P 500 futures have also invalidated what initially seemed like a potential double-top formation in the index at 3,980, with the price action now advancing above that threshold for a second day.

Similar to the Nasdaq, if the index manages to close today’s session with gains, chances are that we could witness a short-term uptrend in the weeks to come unless the virus situation gets worse in the United States.