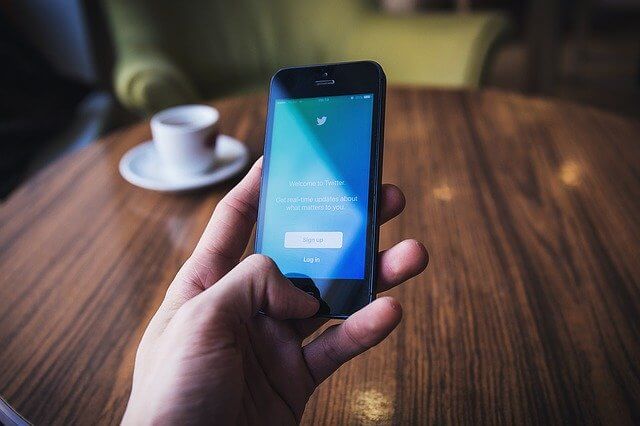 The price of Twitter shares sank in after hours stock trading action despite beating all of the market’s estimates for the quarter.

The parent company of the popular social media platform reported revenues of $1.04 billion during the first three months of the year, resulting in a 28% jump compared to its results during the same quarter of the previous year.

These results were in line with Wall Street’s consensus estimate of $1.03 billion for the quarter yet they failed to dazzle investors who perhaps expected more from the firm after other platforms like Facebook (FB) beat the market’s forecasts by a long shot.

The company headed by billionaire tech entrepreneur Jack Dorsey saw the number of monetizable daily active users (mDAU) jump from 166 million a year ago to 199 million for a 20% year-on-year growth, falling behind analysts’ forecasts by only a million.

Meanwhile, the firm swung to operating profits this quarter, reporting $52 million in GAAP operating income vs. a $7 million operating loss it reported a year ago. Moreover, the company’s adjusted EBITDA jumped to $294.1 million from $211 million a year ago after adding back non-cash expenditures and stock-based compensation.

Non-GAAP net income came in at $141 million vs. $87 million a year ago, resulting in earnings per share of $0.16 that beat analysts’ estimates by 2 cents.

One of the comments that may have thrown off investors was related to future mDAU growth, as the firm stated that, in the next few quarters, quarterly growth rates could come down to “low double-digits on a year-on-year basis” as a result of “challenging comps”.

Meanwhile, the firm informed that its revenues for the second quarter of the year may land between $980 million and $1.08 billion while the company expects to report GAAP operating losses going from $120 to $180 million.

These losses would be partially explained by an increase in headcount, as the firm expects to ramp up its administrative and general expenditures by 25% or more in the following quarters compared to a year ago.

Moreover, the company warned about the impact that a new feature introduced by Apple (AAPL) on its iOS 14 operating system will have on the tracking abilities of its advertising platform, as users will be allowed to limit the extent to which certain apps can track their activity and interactions with other apps and websites.

Twitter (TWTR) is preparing for these changes by integrating a feature known as SKAdNetwork that would allow the company to support alternative measurements. That said, the company stated that they believe it is still too early to fully assess the impact that the feature will have on the business.

Twitter’s erratic financial performance has been somehow an Achilles heel for its stock. The price action has been quite volatile for years as the company drifts in and out of green territory while posting inconsistent earnings and cash flow figures over the course of multiple years.

This year doesn’t appear to be any different and that kind of uncertainty is not something that investors appear to appreciate. This explains the 11.5% downtick the stock is seeing after hours, with the market capitalization of Twitter moving down to $45.8 billion as a result. Now, Twitter currently has $8.81 billion in cash and equivalents, which means that the business is being valued at roughly $37 billion.

Twitter’s management team stated that the firm plans to deploy around $950 million in capital expenditures this year. Meanwhile, based on the performance of the past two quarters, we could safely say that Twitter’s revenues will land at around $3.5 and $4 billion.

Based on those numbers and Twitter’s historical performance, we could see Twitter’s free cash flow landing between $100 million and $550 million. That gives us a price-to-cash-flow multiple ranging from 370 and 67, which is way high for a company as volatile as Twitter.

Even if Twitter manages to somehow pull $1 billion in free cash flow by the end of 2021, which is highly unlikely, its stock would still be valued at 37 times the firm’s free cash flow even though the business fails to show the kind of growth that would justify that valuation.