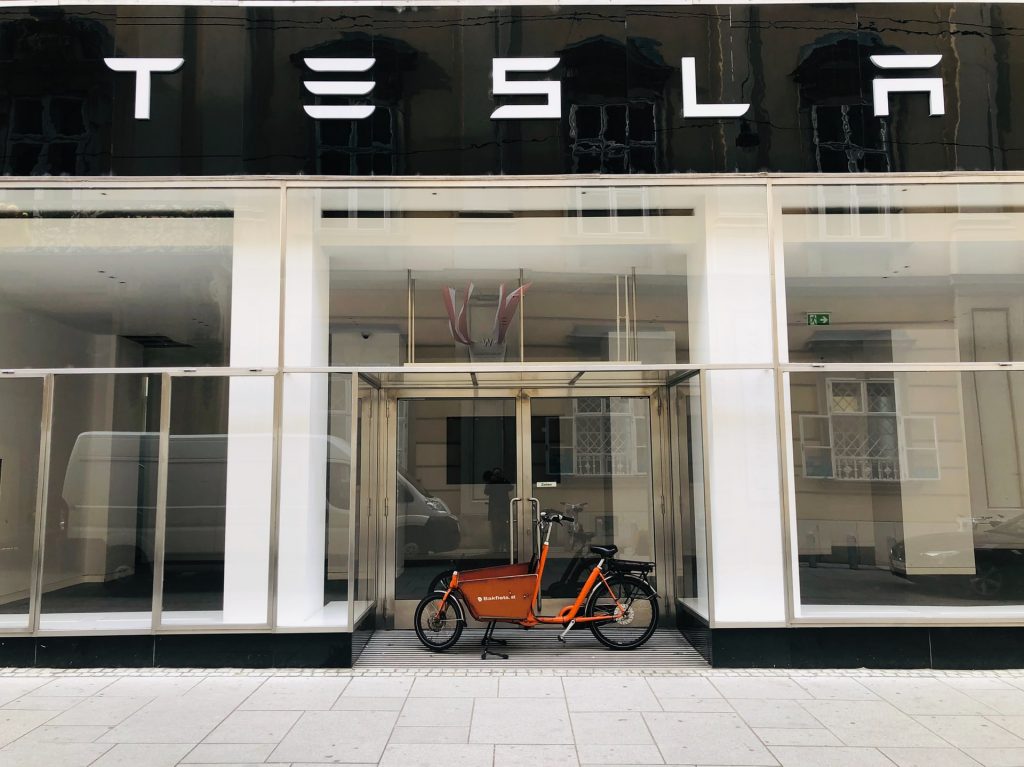 Tesla stock fell 6.5% yesterday and was trading lower in US premarket trading today despite Wedbush reiterating its bullish bet on the electric vehicle maker and maintaining a $1,000 target price.

2020 was a spectacular year for not only Tesla but all the electric vehicle stocks. Tesla rose 740% in the year and also joined the prestigious S&P 500 Index becoming the largest company ever to join the year.

Electric vehicle stocks have slumped in 2021

Meanwhile, 2021 has been a different ballgame not only for Tesla but for all the electric vehicle stocks. Tesla stock is now down 11% in 2021 and looks set to extend its slump today also. A flurry of negative news seems to have hit the EV stock.

Tesla’s China sales fell sharply in April. It sold 25,845 China-made cars in the country last month, a 27% fall from March. China has been a key market for the company and falling sales in China is a negative for the company.

Reuters also reported that Tesla has abandoned plans to expand its Shanghai Gigafactory. The company wanted to expand the plant so that it could serve the fast-growing Chinese electric vehicle market and also use it as an export base. The company anyways exports China-made cars to Europe. It was also planning to export China-made Model 3 cars to the US. However, escalation in the US-China trade war seems to have prompted the Elon Musk run company to go a rethink its China plans.

Earlier this month, China barred Tesla cars from Chinese military facilities over spying concerns. China tried to downplay the news and the Global Times, which is controlled by the Communist Party has denied reports that Tesla has been specifically targeted. Quoting an unnamed person at a Chinese military facility, Global Times reported, “I’m not aware whether Tesla is allowed to enter military facilities now, but private cars have to be registered before they came in all the time, and they are only allowed to stay for a certain while even after registration.”

Musk also categorically denied that the company is spying in China. “There’s a very strong incentive for us to be very confidential with any information,” said Musk. He added, “If Tesla used cars to spy in China or anywhere, we will get shut down.”

To be sure, over the last couple of years, China has showered its love for Tesla like it hasn’t done with any other foreign automaker. To begin with, the company was allowed to set up solo operations in the country while all other foreign automakers had to go through a mandatory joint venture with a Chinese company.

Then, China exempted the company’s cars from the purchase tax and also made some of its Models eligible for the subsidy which is reserved for domestic companies. The company also managed to get quick approvals and loans at attractive terms for its Shanghai Gigafactory, its first plant outside the US.

Notably, even at the peak of the US-China trade war in 2019, China did not target Tesla even as many feared that the country might. One reason might be China’s focus on electric cars which it sees as a strategic industry as part of its “Make in China 2025” plan.

Apart from spying charges, Tesla is also facing a consumer backlash in China over poor customer service. Last month, an agitated Tesla buyer protested against the company’s alleged poor customer service at the Shanghai Auto Show. While the company initially dismissed the claims but later tried to strike a more conciliatory tone.

Meanwhile, noted Tesla bull and Wedbush Securities analyst Dan Ives has reiterated his $1,000 target price on the stock. “The main line in the sand now for the bulls and bears is not the near-term chip shortage in our opinion (which is temporary), but rather Tesla’s ability to further penetrate China,” said Ives.

He added, “Now it’s about Musk playing nice in the sandbox which appears to be happening over the last few weeks around safety issues and making sure that Tesla does not see any stumbles/government crackdown in China which is poised to represent 40%+ of global deliveries by 2022.” 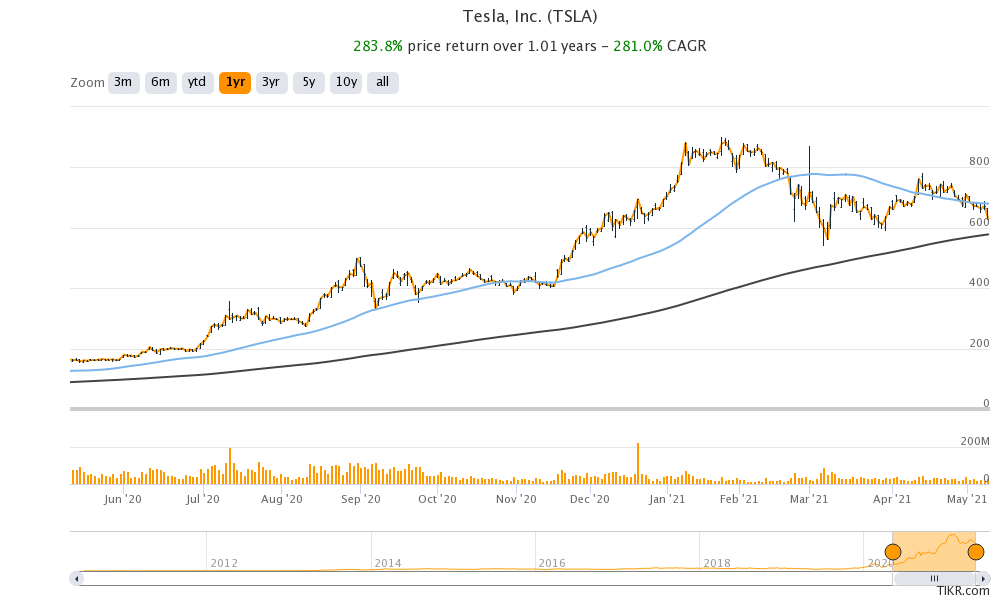 Several other analysts have issued bullish notes on Tesla stock over the last month even as the stock has sagged. Last month, Mizuho hiked the target price on the stock from $775 to $820. “With a strong start to the year, we see upside to the TSLA 831K consensus deliveries given proposed Biden infrastructure package with $100B in EV rebates and potential extension and expansion of EV credits,” said Mizuho analysts in their note.

In March, Cathie Wood’s ARK Invest raised her target price on the stock to $3,000. Previously, it had a $7,000 price target on the company which adjusted for the split will be $1,400 now. Now, Ark is forecasting Tesla stock to reach $3,000 or rise almost five-fold by 2025. The Elon Musk run company is the largest holding for ARK’s flagship ARK Innovation ETF. Meanwhile, Wood has sold some Tesla shares and bought Coinbase stock instead. While the stock sale was a portfolio rebalancing exercise, Wood basically swapped some Tesla shares for Coinbase.

However, despite posting a record profit and deliveries in the first quarter, Tesla’s fortunes have not revived. The stock was priced for perfection but the increasing competition from legacy automakers has changed the equation. The race for EV leadership no longer looks like a one-horse race and along with other electric vehicle companies legacy automakers like Ford, Volkswagen, and General Motors are also looking to target Tesla’s dominance. Volkswagen is already the market leader in Europe and has set an ambitious target to become the global market leader by 2025.

Many see Tesla in a bubble

While a section of the market is bullish on Tesla and sees it going even higher, many others believe that the rise in Tesla is the biggest bubble of our times. Per Lekander, fund manager at Lansdowne Partners is among those who see the stock in a bubble and draw parallels with the dot com boom days.

“If you think about the visionaries who talked about the internet in 1999, if you now listen to them, they are actually underestimating what happened,” said Lekander. He added, “The development was even more radical than what happened.”

How to trade in Tesla stock

Meanwhile, retail investors are bullish on the stock and have looked at every sell-off as a buying opportunity. Tesla stock was down over 8% in US premarkets trading today and many Tesla bulls might look to buy the dip.