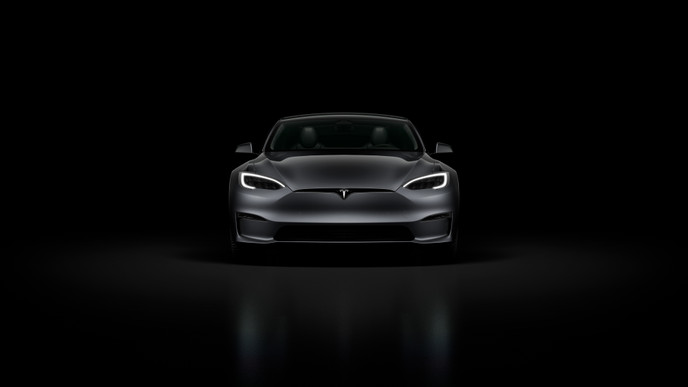 Tesla stock was trading lower in early US price action today after the company announced that it would cancel the Model S Plaid plus model.

The Model S along with Model X are among the older models in Tesla’s portfolio. The company did not produce these in the first quarter of 2021 as it was working to revamp the models. While the Model S/X are believed to be the more profitable models for Tesla, their share in total deliveries has been falling gradually even as the sales of more affordable Model 3 and Model Y are rising.

Higher sales of Model 3/Y helped Tesla deliver almost half a million cars in 2020 while its deliveries in the first quarter of 2021 were a record high despite it being a seasonally weak quarter. Tesla delivered only 2,020 Model S/X in the quarter while the remaining 182,780 were Model 3/Y.

Meanwhile, Tesla has decided to stop the high-end Plaid+ model as the plaid model “is just so good” according to CEO Elon Musk. The Plaid+ model was expected to have a driving range of 520 miles as compared to 390 miles for the Plaid model. Notably, the Tesla Model S would compete with Lucid Motors’ Air model. The model will be launched later this year. Lucid Motors, which is led by a former Tesla hand Peter Rawlinson, is going public through a reverse merger with Churchill Capital IV (CCIV). 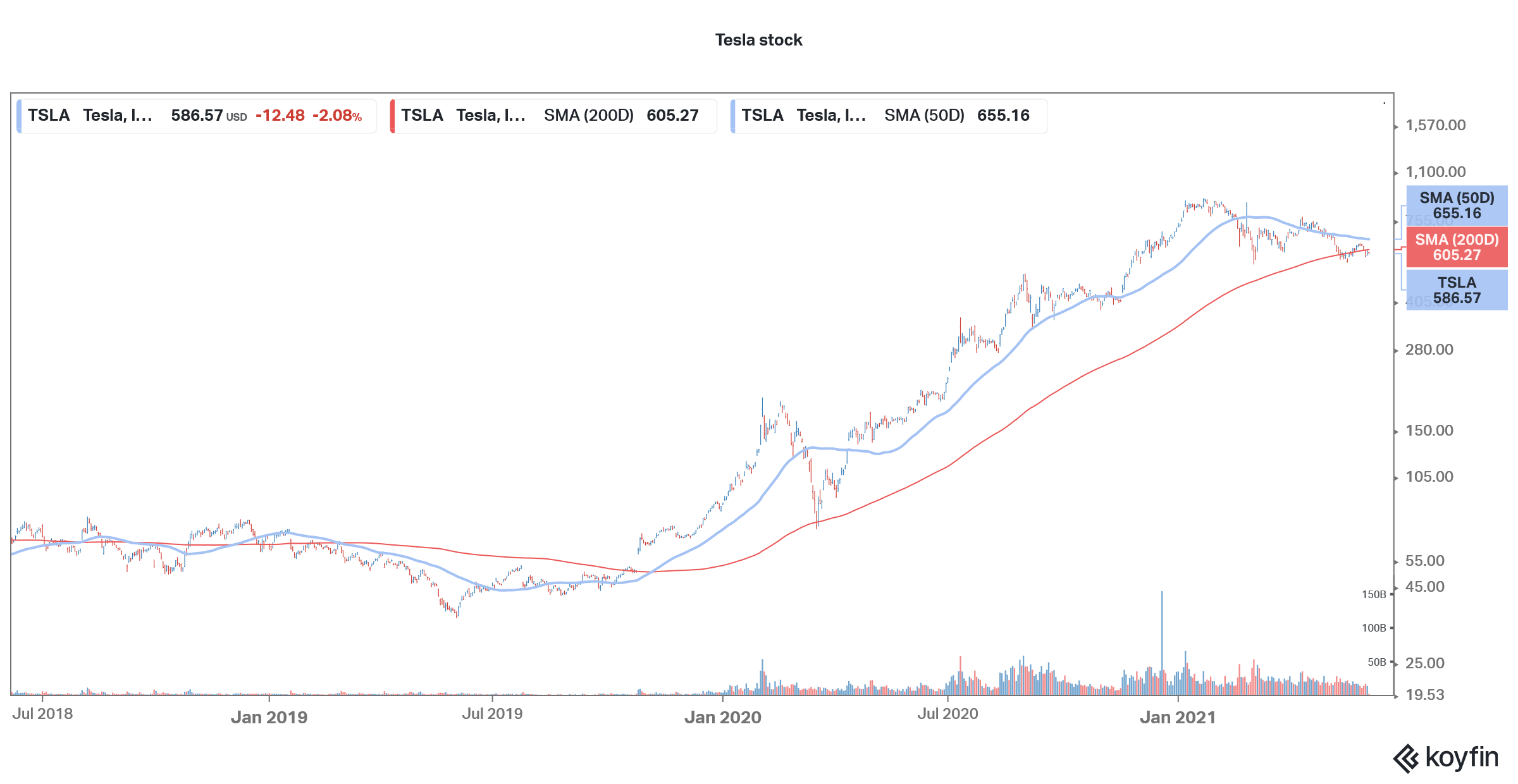 Meanwhile, Tesla’s troubles have compounded in recent weeks. Earlier this month, it announced the recall of thousands of vehicles in China and the US. China’s State Administration for Market Regulation said that the recalled vehicles either have an issue with the seat belt or problems related to tires. The issues raise the risk of collision as well as the risk of injury in the case of collision.

Tesla is also facing a backlash from some consumers which was exemplified by the protest from an infuriated customer at the Shanghai Auto Show. The company had dismissed the allegations, to begin with, but took a more conciliatory approach soon.

“The arrogant and overbearing stance the company exhibited in front of the public is repugnant and unacceptable, which could inflict serious damage on its reputation and customer base in the Chinese market,” said China’s state-owned Global Times on what was perceived to be arrogant behavior by some Chinese consumers.

Tesla’s sales in China had fallen sharply in April and the net orders were almost in May fell to 9,800 from 18,000 in April. However, Cui Dongshu, secretary-general of the China Passenger Car Association tried to play down the fewer orders and forecast that Tesla sold over 10,000 units in China last month.

“Placed orders cannot equal the sales number in one month. Usually, monthly sales are accumulated units of orders over previous months, so the immediate results in May might not truly reflect whether the recently reported accidents have had any real impact on Tesla’s sales,” said Cui. He added, “We will have to wait till July or August to see.”

Meanwhile, coming back to Tesla Model S Plaid+, this is not the first time that Tesla and Musk are having second thoughts. Musk backed cryptocurrencies in a big way this year and the company invested $1.5 billion in bitcoins in the first quarter. Later Tesla also started to accept them as payments and said that it won’t monetize them and keep the bitcoins on the balance sheet.

However, Musk’s love for bitcoins did not last long and earlier this month the mercurial leader said that Tesla would no longer accept bitcoins as payments. He said that the electric vehicle maker has “suspended vehicle purchases using Bitcoin” as the company is “concerned about rapidly increasing use of fossil fuels for Bitcoin mining and transactions, especially coal, which has the worst emissions of any fuel.”

If Acheson is right, this would be yet another instance when Musk has made misleading claims. The most prominent one was when he incorrectly said that he has secured funding to take Tesla private at $420. As part of the settlement with the SEC, Musk had to quit his position as the company’s chairman.

Musk also seemed to be taking differing positions on whether the company would sell the bitcoins that it is holding. However, finally, Musk clarified that Tesla does not intend to sell the bitcoins it is currently holding. That said, given Musk’s flips flops on multiple issues, it won’t be surprising if the company sells some more of the bitcoins after having booked a $102 million profit on bitcoins in the first quarter.