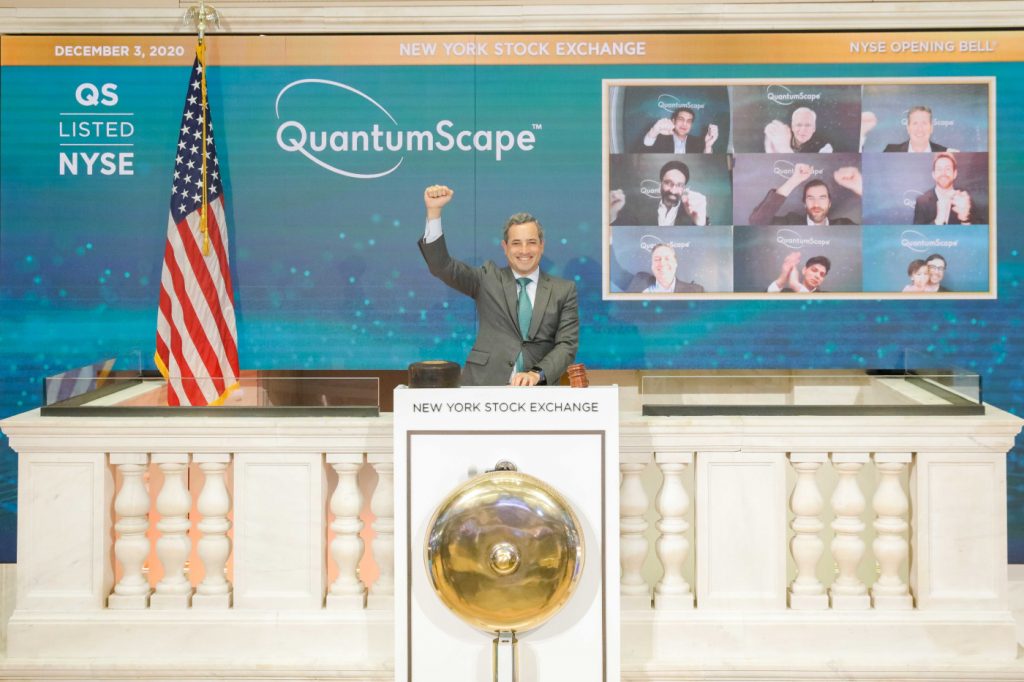 In its report Scorpion accused QuantumScape of fraud and compared it to now bust healthcare company Theranos. To be sure, this is not the first time that a short seller has accused a company in the green energy ecosystem.

Last year, Hindenburg Research accused Nikola of fraud which led to a sharp fall in Nikola’s stock price. The company’s founder Trevor Milton had to quit the company while General Motors scaled back its $2 billion investment in the company after the accusations.

Coming back to QuantumScape, a similar thing seems to be playing out. While Nikola had backing from General Motors, QuantumScape is backed by Volkswagen. The companies are partnering on producing solid-state batteries as Volkswagen has outlined massive plans for electric vehicles and it intends to be the market leader by 2025. The German automaker has already ousted Tesla to become the market leader in Europe.

Scorpion has accused QuantumScape of being a pump and dump

Among other things, Scorpion has accused QuantumScape of misrepresentation of facts, hiding data points in the name of secrecy. It also accused the company of using its partnership with Volkswagen as a validation. The report also doubted the efficacy of solid-state batteries that QuantumScape is producing.

Meanwhile, QuantumScape is bullish on its solid-state batteries which it says can get 80% charged in only fifteen minutes. It also claims that these batteries have a life of 12 years in normal use and they can also work in sub-zero temperature. “Today’s batteries are not competitive. They don’t have the energy density to get the range that’s needed. They don’t have the power to get the fast charge,” said QuantumScape’s CEO Jagmeet Singh.

Here it is worth noting that the battery is the key component of an electric car. Tesla has a lead over many other automakers when it comes to battery technology. Efficient batteries can not only help increase the car’s range and lower charging time but they can also help lower the car’s price. Tesla for instance has been able to lower its car prices gradually over the last few years as it has been passing the lower battery prices to car buyers. 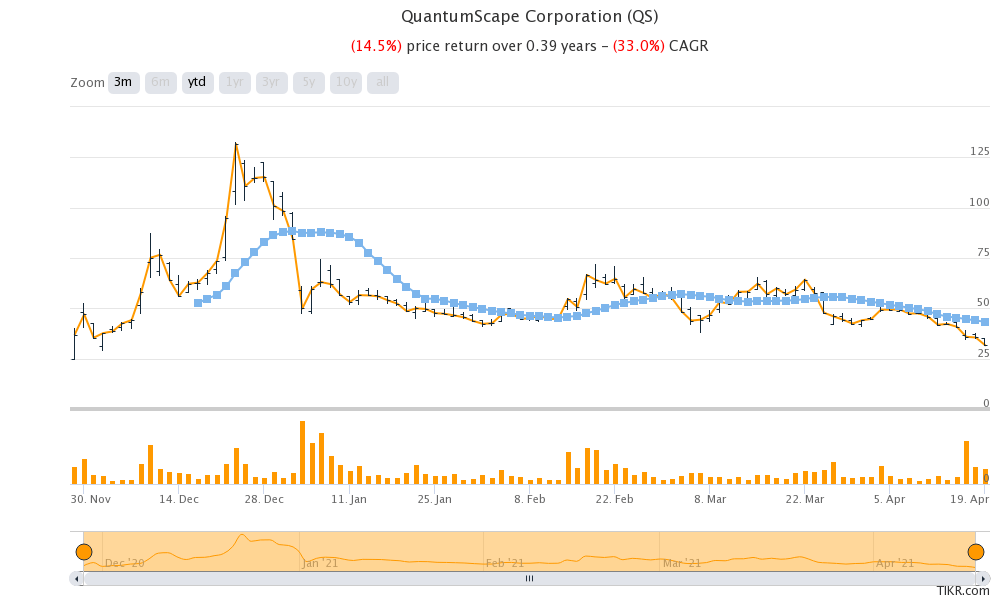 On its part, QuantumScape, like almost all other companies that are targeted in a short-sell report, has lashed out at Scorpion’s report. The company is also mulling legal actions against Scorpion. “Some of the points in there are just, just absurd. Absurd to the point where there are… things that we would want to take legal action on,” said Singh.

He also defended the quantum of data that the company provides to markets. “We’ve been always pretty transparent about what we have and the work that remains to be done,” said Singh. He added, “That’s one of the things, frankly, that we pride ourselves on. We think we’ve been the most transparent of any solid-state battery company.”

Tesla and its CEO Elon Musk have also had a long history of skirmishes with short-sellers. Jim Chanos and David Einhorn are among the most prominent Tesla short-sellers. Last year, Chanos had revealed that he has covered some of his short positions in Tesla stock calling them “painful.”

Musk frequently targets short-sellers and last year he sold “short shorts” in a dig at short-sellers. 2020 was particularly painful for Tesla stock short-sellers as they lost billions of dollars betting against the electric vehicle maker whose stock rose 740% in the year.

Last week, QuantumScape added Celina Mikolajczak, vice president of engineering and battery technology for Panasonic Energy of North America, to its board. “We’re going to use her beyond a director. We’re going to have her looking at our tool decisions, process decisions,” said Singh. He added, “She can save us a ton of trouble. Instead of having to make the mistakes and learn on our own, we can learn from her mistakes.”

Meanwhile, QuantumScape expects to begin production only by 2024 so it’s a pre-revenue company right now. But then, many other electric vehicle ecosystem companies like Nikola, Fisker, Canoo, and Lucid Motors are also in the pre-revenue stage.

SPACs have been the preferred listing mode for most companies in the electric vehicle ecosystem as the regulatory arbitrage versus the traditional IPO allows them to project future earnings. Even after the massive correction, where it has fallen 76% from its 52-week highs, QuantumScape has a market capitalization of almost $12 billion.

What’s the outlook for QuantumScape stock?

The electric vehicle theme, which was red hot in 2020 and we saw a massive rally in all the companies in the green energy ecosystem, has lost momentum in 2021. Almost all the green energy stocks are down sharply from their 52-week highs. As for QuantumScape, along with the sell-off in green energy stocks, its capital raise and Scorpion’s allegations have only added fuel to the fire.

Notably, prominent Tesla bull Cathie Wood has also sold some Tesla stocks to make way for the purchase of Coinbase stock. Coinbase has recently gone public through a direct listing. While the stock had soared on the listing day, it has since been falling.

Should you buy QuantumScape stock

As for QuantumScape, the market sentiments are currently quite bearish for companies not posting revenues currently. The consensus view on solid-state batteries is also mixed at best. But then, what we know is that the future of the automotive industry is electric and batteries would be a key moving part of the transformation.

But can, QuantumScape seize the opportunity and come up with batteries that can redefine the electric vehicle industry? We’ll have to wait and see.

You can invest in QuantumScape through any of the reputed online stockbrokers. Alternatively, if you wish to trade derivatives, we also have reviewed a list of derivative brokers you can consider.