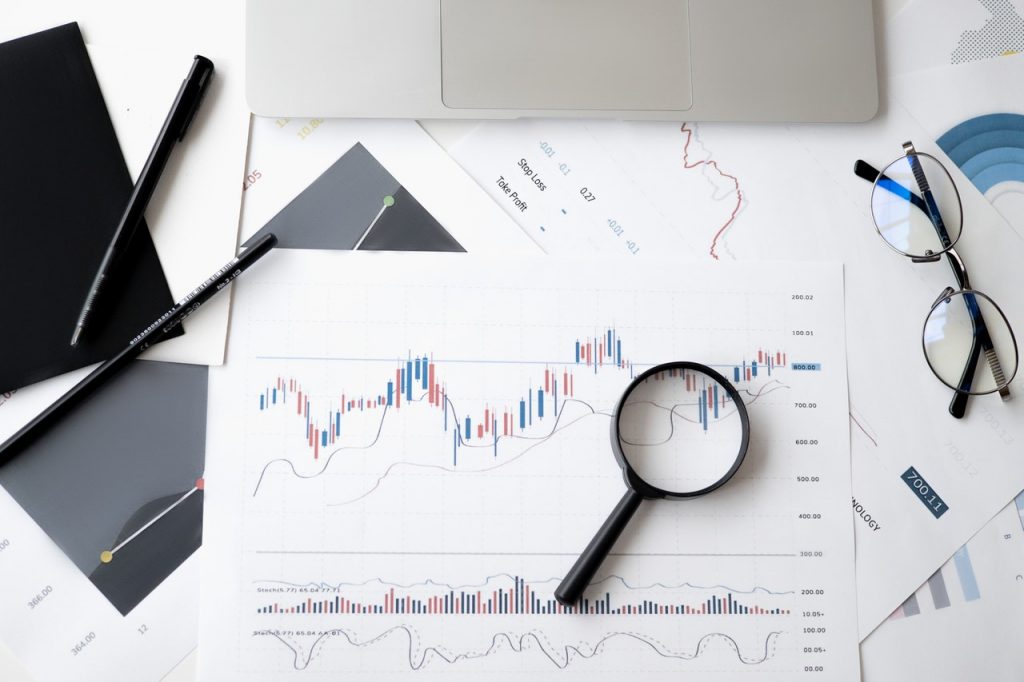 Oracle stock was trading sharply lower in US premarket trading today after releasing its fiscal third quarter 2021 earnings. What’re the key takeaways from the company’s earnings and guidance and should you buy or sell the stock now?

It reported revenues of $10.09 billion in the fiscal third quarter ended 28 February 2021, which were slightly higher than the $10.07 billion that analysts polled by Refinitiv were expecting. The company’s revenues increased 3% year over year in the quarter in dollar terms but were flat in constant currency terms.

Break up of Oracle’s revenues

Oracle’s Cloud Services and license Support segment accounted for 72% of its fiscal third quarter 2021 revenues. The segment’s revenues increased 2% in constant currency terms and it was the only vertical that reported a yearly rise in revenues. The Cloud license and on-premise license segment’s revenues were flat in constant currency terms and accounted for 13% of the company’s fiscal third quarter 2021 revenues.

Having a high percentage of recurring and subscription revenues helps a company lower the volatility and unpredictability in its revenues. Oracle’s Gen2 Cloud Infrastructure Business added more customers in the quarter and the segment’s revenues more than doubled in the quarter. 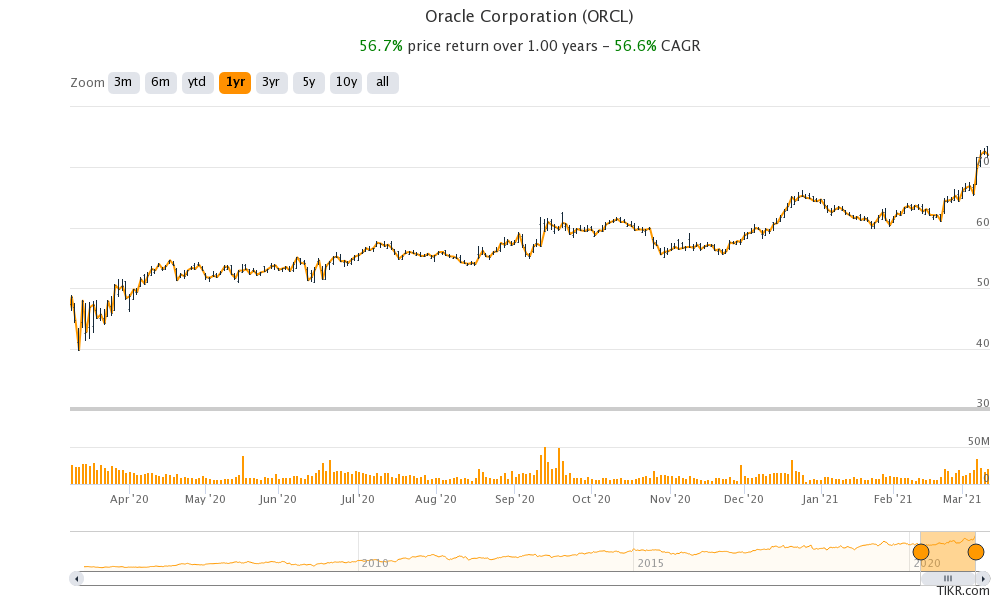 Oracle reported adjusted EPS of $1.16 per share with was higher than the $1.11 that analysts were projecting. It also increased its dividend by 33% to $0.32 per share. It would mean an annual dividend of 1.8%. Meanwhile, Oracle’s co-founder and chief technology officer Larry Ellison, who is the largest shareholder with over 38% stake, rescued himself from the dividend.

Meanwhile, Oracle’s growth rates have been gradually coming down even as it has been trying to bump up its EPS through bumper repurchases. In the fiscal third quarter, the company repurchased over 64 million shares and spend $4 billion on the buybacks. Over the last year, the company has lowered its outstanding shares by over 42% by the way of buybacks.

During the fiscal third quarter 2021 earnings call, Oracle announced that it has authorized a new $20 billion share repurchase program. Meanwhile, while buybacks help inflate the EPS by managing the denominator which is the outstanding shares, they don’t mask the growth or the lack of it in Oracle’s case.

“With some technology companies making years of progress over just a few months, many investors now consider growth to be the name of the game,” said Scott Kessler, an analyst with Third Bridge. He added, “Oracle’s growth story has actually been quite cloudy.”

According to Kessler, “While some compare Oracle to major cloud-infrastructure businesses such as Amazon, Microsoft and Google, the reality is that despite some high-profile wins last year, including Zoom and TikTok, Oracle is still a niche player.” He also said, “Oracle’s status as a cloud company sits somewhere behind Alibaba Cloud and IBM Cloud, with market share of just 2%.”

During the earnings call, Ellison said that the company has been winning a lot of clients in ERP (enterprise resources software) cloud market from its rival SAP. He took a swipe at SAP’s CFO Luka Mucic who had said “I have checked and we have not lost a single ERP customer to Oracle.”

Ellison said “In Q3 alone we signed contracts, totaling hundreds of millions of dollars to migrate several very large SAP ERP customers, to Oracle Fusion ERP. But this was not just a recent Q3 event. This has been going on for a couple of years.” He also gave examples of over 100 companies that have shifted from SAP to Oracle.

While the company’s topline and bottomline were both better than expected in the fiscal third quarter of 2021, its tepid guidance spooked investors and the stock was trading down after the earnings release.

Should you buy or sell Oracle stock?

Oracle is battling tepid topline growth and the trend is not expected to reverse anytime soon. The company has been spending billions on share repurchases. A better value add could have been a value-accretive acquisition. Oracle is still a distant player in the cloud market where Amazon’s AWS (Amazon Web Services) is the leader.

Overall, Oracle shares don’t look a compelling buy even after the fall. Given the recent fall in US tech stocks, you can instead look at Amazon that now seems to offer good value.

You can trade in stocks through any of the best online stockbrokers. Alternatively, if you wish to trade derivatives, we also have reviewed a list of derivative brokers you can consider.