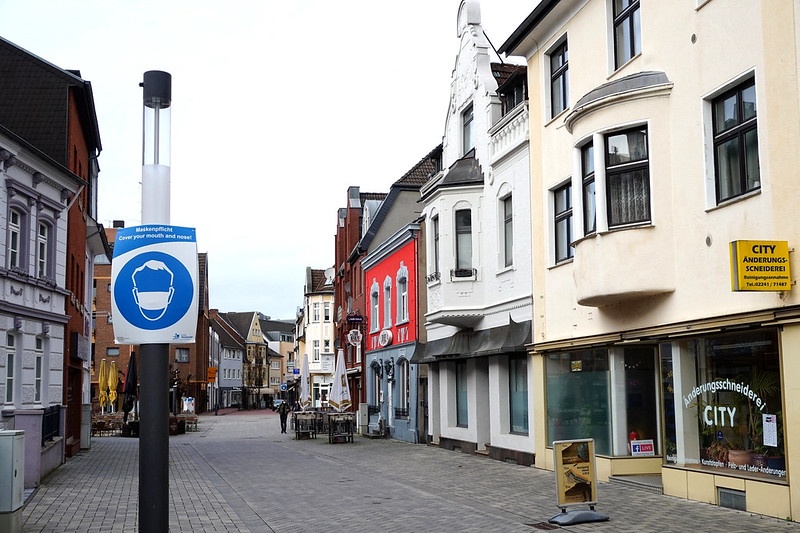 Oil futures are selling off for a second time in the past five days as multiple European countries are moving to impose tighter restrictions to curve the spread of what seems to be the third wave of COVID in the region.

Germany, Europe’s biggest consumer of crude, reported a strong spike in the number of daily cases recently with more than 18,000 infections in a day – the largest daily tally since late January – according to data from virus-tracking website Worldometers.

In response to the situation, Chancellor Angela Merkel extended a nationwide lockdown until 18 April while also imposing restrictions in regards to the upcoming Easter season.

Meanwhile, France has also seen a surge in the number of daily infections, with the country reporting as much as 38,000 cases in a single day on 17 March, the highest number since 11 November.

Nearly a third of the country’s territory has been put into lockdown again as hospitalizations in these areas have reached troubling levels.

The introduction of these stricter measures is dealing a strong blow to oil futures this morning, with West Texas Intermediate (WTI) and Brent futures sliding by more than 3% at $59.3 and $62.2 per barrel respectively in early commodity trading action.

This would be the second time that oil sells off in the past five days as market participants seem concerned about how these measures in Europe could endanger the pace at which global demand is recovering.

Later today, the American Petroleum Institute (API) will be releasing a closely-watched report on US crude inventories with analysts estimating a drop of 900,000 barrels. Meanwhile, oil traders will also be expecting Wednesday’s report from the Energy Information Administration (EIA).

An unexpected jump in US crude stockpiles could lead to an accelerated drop in the price of oil futures while a bigger-than-anticipated drop could cushion the blow that WTI futures could take in the following days as the impact on demand could be categorized as ‘uneven’, meaning that Brent futures – considered the global benchmark for crude – could stand to suffer the most from a demand plunge in the European region.

The chart above shows how Brent oil futures are suffering the most among the two benchmarks, with the price dropping below the 2.618 Fibonacci extension while finding support – at least temporarily – on crude’s 50-day moving average.

The negative momentum seen by oil futures lately is reflected by both the RSI and the MACD, with the latter having sent a sell signal since 18 March while heading to negative territory.

If the price action in Brent oil futures were to move below the 50-day moving average, chances are that the downtrend could accelerate towards the $58 area – representing a potential 7% downside if such a target were to be hit.

Meanwhile, last week, Goldman Sachs qualified these dips as potential buying opportunities as the investment bank upped its price target for crude to $80 per barrel, which is $15 higher than their previous $65 forecast outlined in March.

Goldman expects that a quick market rebalancing as a result of vaccinations along with the supportive nature of OPEC’s latest supply cuts translates into a significant increase in the demand for crude during the last two quarters of the year.